Photo above from Wikimedia, Creative Commons, by Bruce McAdam. No edits made.

For a country with just over 300,000 people, it’s quite surprising how many Icelanders have become known around the world. In fields as diverse as music, literature, sport and politics, they have made their mark on the international map.

Of course, like in every country, there are many athletes, musicians, actors, TV presenters and politicians who are local celebrities but not known wider. These are people you will no doubt see in the streets of Iceland when holidaying here and not even realise that they are esteemed. This article, however, will seek to reveal those who broke the national mould and are now venerated in their field worldwide.

The most internationally famous Icelander by far is the singer Björk Guðmundsdóttir, better known simply as Björk. She was first noticed as part of the alt-rock band the Sugarcubes from 1986 to 1992, before going on to become an international music sensation and stylistic icon. Her most recent album, Utopia, released in 2017, was met with great acclaim.

Other internationally famous Icelandic bands include Sigur Rós, GusGus and Of Monsters and Men, while successful solo artists like Emiliana Torrini and Ásgeir are becoming more and more recognised abroad.

In the future, it is reasonable to expect a continued outpouring of Icelandic artists onto the international stage, particularly considering that the music festival scene out here is blossoming. Events such as Icelandic Airwaves, Sónar Reykjavik and Secret Solstice are providing ever-greater platforms to musicians, to ever-growing audiences. 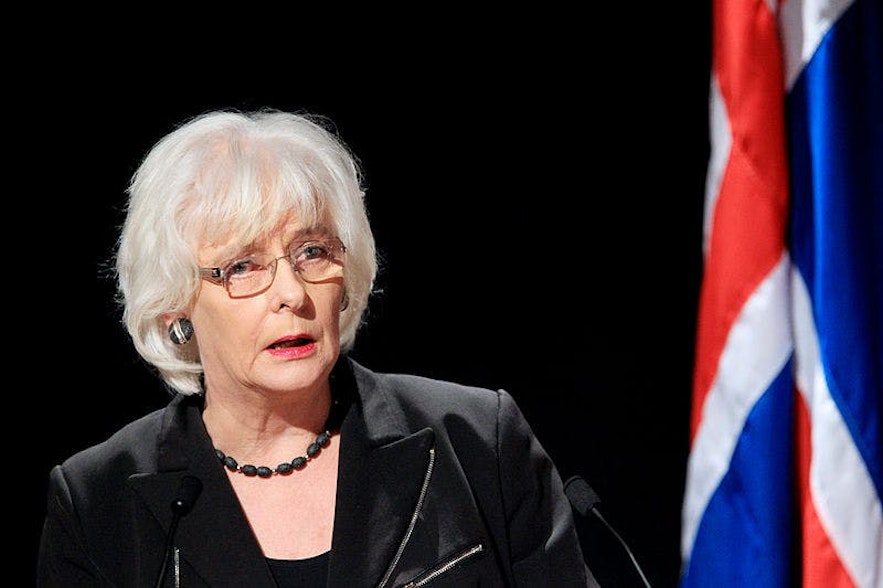 Photo from Wikimedia, Creative Commons, by Magnus Fröderberg. No edits made.

Recently, Icelandic politicians have been much better known internationally for their scandals rather than their achievements. Whether it's due to the financial collapse, the Panama Papers, or the system of 'Restored Honour', many of the nation's most recent politicians would be better labelled as infamous than famous.

This was not always the case, however. Two of the nation's politicians, in fact, made international history by shattering glass ceilings, dramatically changing the culture of the world in groundbreaking ways.

Icelanders chose the first nationally elected female president in the world, Vigdís Finnbogadóttir, in 1980. Not only was Vigdís a woman, but she was a divorcee and single mother at a time when such things were still embarrassing in many corners of society. In spite of initial scepticism and judgement at home and abroad, Vígdis went on to serve four successful terms, stepping down in 1996.

Jóhanna Sigurðardóttir, meanwhile, became the first openly gay leader in the world, serving as prime minister from 2009 to 2013. In spite of the sweeping social reforms her government passed, which empowered women and LGBTQ people in particular, she is best remembered for helping Iceland escape economic doom following the 2008 crisis.

Many Icelanders playfully say that their people have 'the most beautiful women' and 'the strongest men' in the world. These declarations come from the number of Icelanders who have won international competitions in these fields, which when considered in terms of population size, does make them the most successful per capita.

Icelanders have won Miss World four times (Guðrún Bjarnadóttir in 1963, Hólmfríður Karlsdóttir in 1985, Linda Pétursdóttir in 1988 and Unnur Birna Vilhjálmsdóttir in 2005) and the title of Strongest Man in the World eight times (Jón Páll Sigmarsson and Magnús Ver Magnússon both won it four times each, in the 1980s and 1990s). 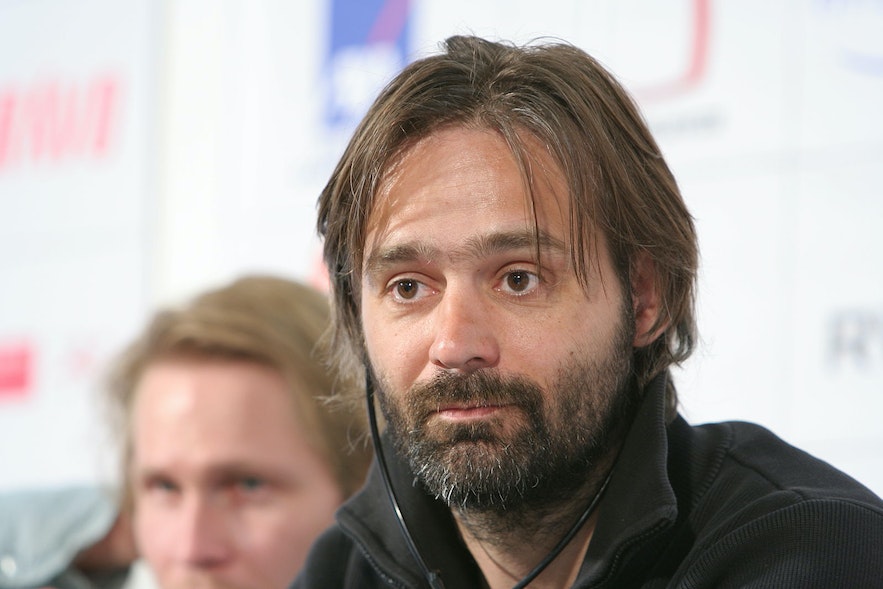 Photo from Wikimedia, Creative Commons, by Petr Novák. No edits made.

Sigurjón Sighvatsson is Iceland’s most famous and established movie and television producer, based in Hollywood; successful projects he has been a part of include Beverly Hills 90210, The Mothman Prophecies, and Candyman. Baltasar Kormákur is entrenching himself in the Hollywood scene too; one of his most recent productions was the critically acclaimed Everest.

Magnús Scheving is an Icelander who has made big waves on the small screen, as the founder, writer and producer of Lazytown, known to every parent in the world. He also plays the superfood-eating hero character 'Sportacus' in it.

Friðrik Þór Friðriksson remains the only Icelandic director to be nominated for an Oscar, which was for the best foreign movie, Children of the Nature, in 1991. Unfortunately, however, no Icelander has yet managed to snatch this award. 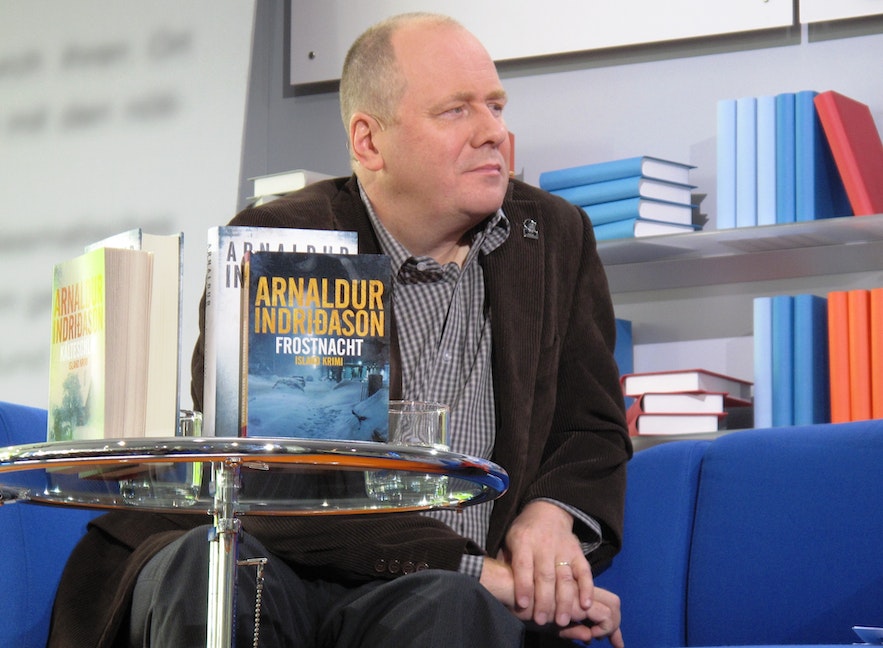 Photo from Wikimedia, Creative Commons, photo by Lesekreis. No edits made.

Without a doubt, the most famous current Icelandic writer is Arnaldur Indriðason, author of crime fiction stories that have been translated into many languages and published in 26 countries. He’s also won numerous awards. Second to him is probably Yrsa Sigurðardóttir, who is becoming increasingly known for her mysterious and macabre novels.

The most known novelist the country has ever produced sadly passed away in 1998. Halldór Laxness was internationally renowned for his many works, and the only Icelander to win a Nobel Prize. His most venerated novel is Independent People.

Two other Icelanders were nominated for the Nobel Prize in literature in 2017, Sjón (Sigurjón Birgir Sigurðsson) and Jón Kalman Stefánsson, although neither one took the prize home.

This nation, however, has never had a shortage of great writers; it has long been a nation of literacy and story-telling tradition. This dates back to the Sagas, and to the monumental works of medieval figures such as Snorri Sturluson.

Icelandic athletes took the world by storm in the 2016 UEFA Cup, when its football team defied all odds and made it to the quarterfinals, knocking out much more internationally renowned teams such as England. The success drew great attention to each of the players (though it should be noted that the women's team reached the same position in 1995 and 2013 to much less furore).

Prior to 2016, Eiður Smári Gudjohnsen was Iceland's most known footballer, having played for clubs such as Chelsea and Barcelona. Gylfi Sigurðsson has also become a known name, playing in the Premier League with Swansea. 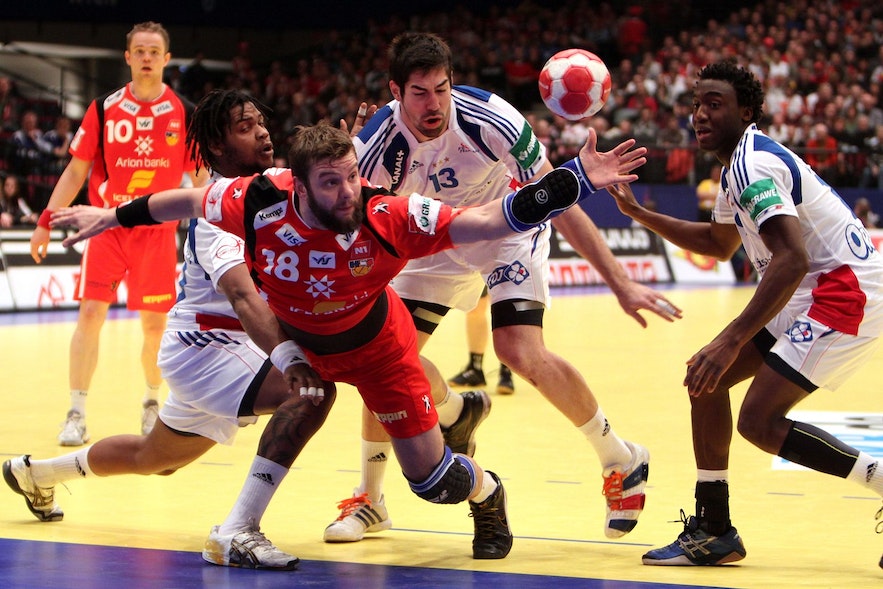 Photo from Wikimedia, Creative Commons, by Steindy. No edits made.

The Icelandic handball team has a longer history of success stories, and its players are well-known in countries that practice the sport. They received silver medals in the 2008 Olympics and have won numerous World Cups. The most famous Icelandic handballer, Ólafur Stefánsson, announced his international retirement from playing after the 2012 Olympics.

A final Icelandic athlete making waves internationally is Gunnar Nelson, a UFC Fighter and mixed-martial artist who hails from Akureyri.

What is it Like to be Famous in Iceland? 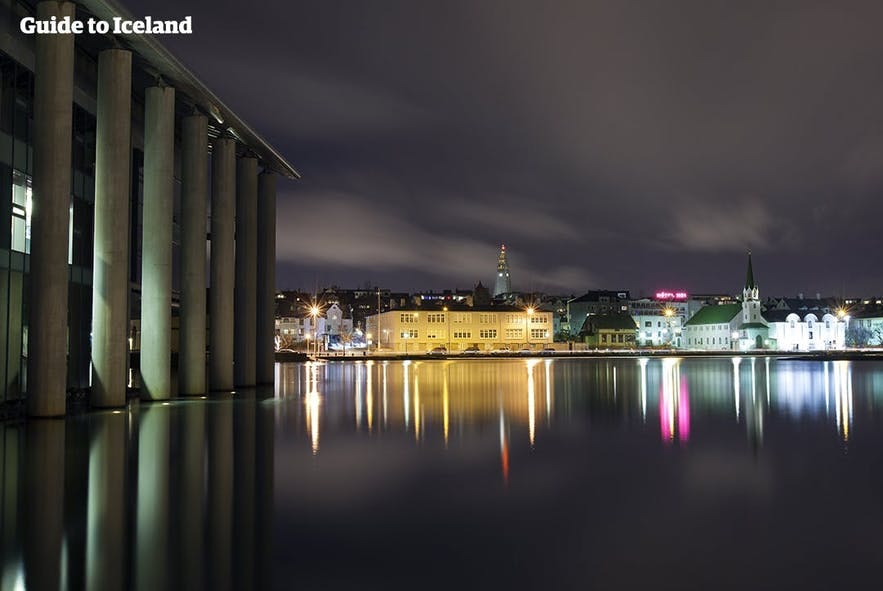 Iceland is small but rich in culture, so people are very used to seeing at least national celebrities around and about; many will even be related to one. The nation has a wealth of musicians and entertainers who regularly perform, published writers, and of course, politicians, so it is doubtless that they will be seen in public.

The connectedness of the people and the intimate nature of the nation, however, means that their privacy will usually be respected.

This respect extends to more internationally famous people, who often value the fact that they are mostly left alone when visiting here. Few figures have bodyguards, and the army of paparazzi that follow celebrities in many other countries are absent in Iceland.

Because of the lack of this side of celebrity culture, there are few in Iceland who are famous for being famous. Those who have achieved international success have done so far more on the merits of their talents in their field, rather than their interactions with the media.