The Return of Ásgeir

Those living outside of Iceland may not be familiar with Ásgeir Trausti, a young artist who, over the last six years, has showcased his mix of electronic-folk to an enthusiastic and ever-growing audience. Now just Ásgeir—it has been impossible to escape the artist’s catchy contributions to pop-culture, with hits such as ‘King and Cross’ and ‘Going Home’ charting internationally.

With the May 2017 release of his highly anticipated new album ‘Afterglow’, it appears Icelandic singer-songwriter, Ásgeir, is finally out of hibernation.

Five years on from his first album, ‘Dýrð í dauðaþögn’ (2012), Ásgeir is no longer a stranger to hype, nor the ebbs and flows of sensational popularity. His breakthrough in 2012 was unprecedented; after all, who would have expected this young, relatively unknown country boy to outsell the treasured records of his predecessors, Björk and Sigur Rós?

Ásgeir grew up in Laugarbakki, a tiny village of approximately 40 inhabitants, two and a half hours drive north of Iceland’s capital, Reykjavík. As a youth, Ásgeir was a keen sportsman, representing Iceland abroad in the javelin throw. However, after a premature back injury, Ásgeir’s ambitions quickly shifted from the world of athletics to music, a field in which he found almost immediate success.

When asked about his childhood aspirations growing up in Laugarbakki, Ásgeir has stated, ‘There isn’t anything going on there. That’s why I never let myself dream, I only wanted to be in a band. I never saw myself doing anything more, playing my own music or travelling the world.’ 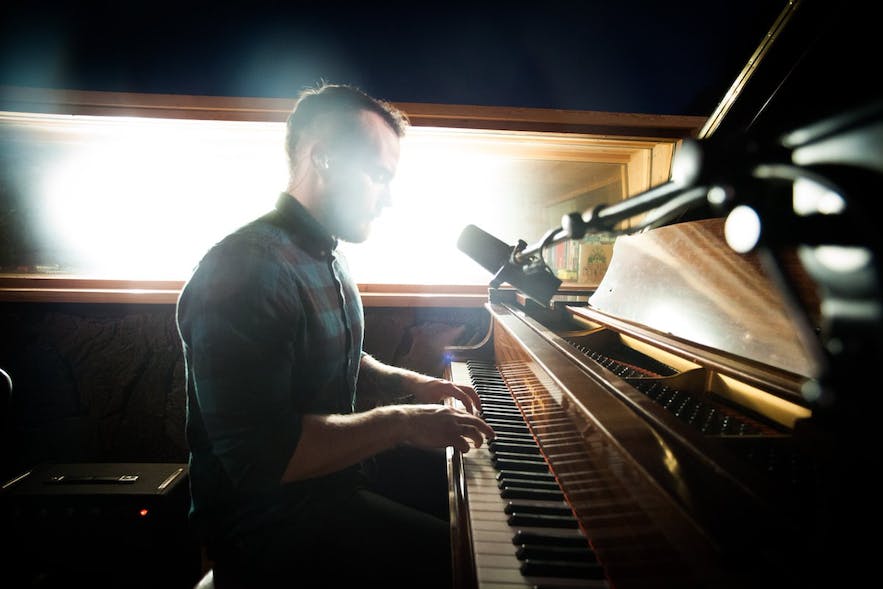 Thankfully, music had always been a familiar part of Ásgeir’s life; he was classically trained to play the guitar and piano from six years old and his mother often played the organ at the church on Sundays. Even his older brother is a guitarist, a member of both the Ásgeir Trausti band and the Icelandic reggae outfit,  Hjálmar. At 16 years old, Ásgeir left the countryside to live in Reykjavík; it was his first step towards life as a successful musician.

Ásgeir's sound is unique and intimate, interweaving folksy acoustic sets with electronic rhythms, forever balancing a quiet and atmospheric tone with the full sound of his backing band. Expertly composed and transcendental in approach, Ásgeir might be best described as the lovechild of Bon Iver and The Shins—or, perhaps, Sin Fang and The Tallest Man on Earth—even, Vance Joy and Milky Chance. He is, in short, a difficult musician to pin down; with only two albums under his belt, his potential to venture across genre and taste is still, as of yet, untapped.

But what of Ásgeir the person? Interviews with the artist reveal quickly that he has neither allowed the success to go to his head—nor ever would he. In fact, becoming one of the nation's most prized musicians has, by all appearances, turned the young singer further inward. Humble and quietly spoken with eyes fixed to the floor, Ásgeir is so unobtrusive that one wants to shake him.

Still, this lack of pride quickly heartens you to the singer; his personality is a swift reminder to do away with the false charisma of celebrity culture and, instead, focus on the sweet sound of the music itself. 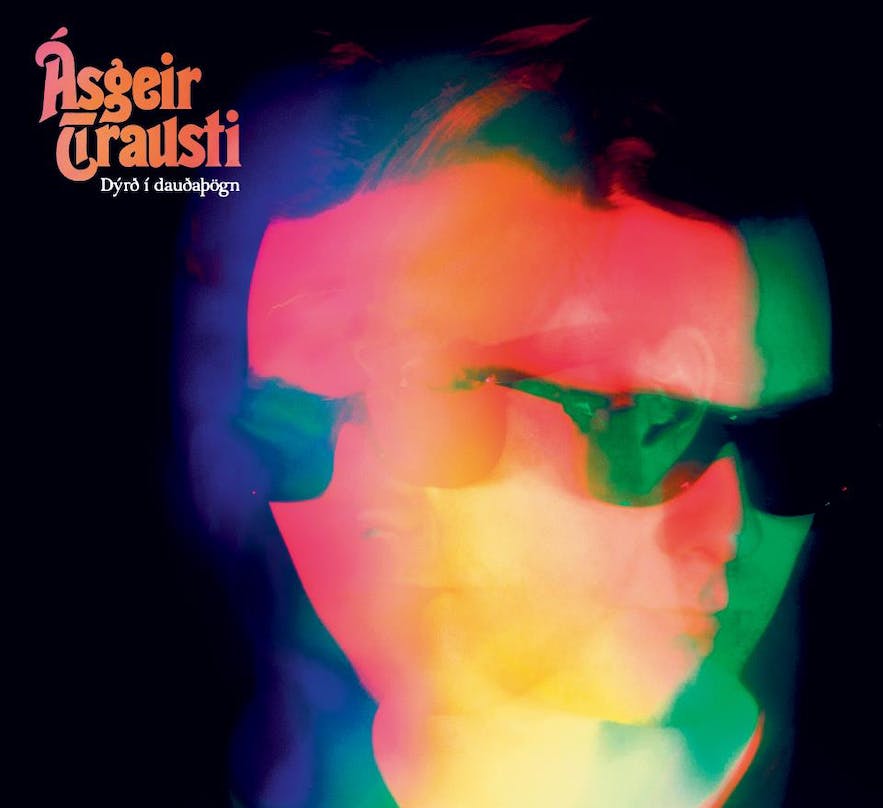 Ásgeir's debut single, ‘Sumargestur’, peaked at Number 2 on the unofficial Icelandic Music Charts, Tónlist; his follow-up single, ‘Leyndarmál’, held the Number 1 spot on the charts for six weeks consecutively, thrusting Ásgeir from an interesting new talent to an artist threatening to turn Iceland’s music industry on its head. It should be made clear; this transformation occurred in little under a month.

Having simultaneously shared his demos with Reykjavík-based music producers and created sufficient buzz with the release of two singles, Ásgeir spent four months in 2012 writing and recording his debut album 'Dýrð í dauðaþögn'. The album title translates directly to “Glory in Dead Silence,” though Ásgeir was quick to point out the album had little to do with death itself, describing himself as a generally optimistic individual. The lyrics were largely written by Ásgeir’s father, Einar Georg Einarsson, a retired university lecturer and poet known for evoking rustic, Nordic imagery.

Of his father, Ásgeir has stated “my father is 73 and has been writing poetry since he was a little child. My mum and dad live in the small village of Laugarbakki and have done for 20 years so he is very influenced by his surroundings.” 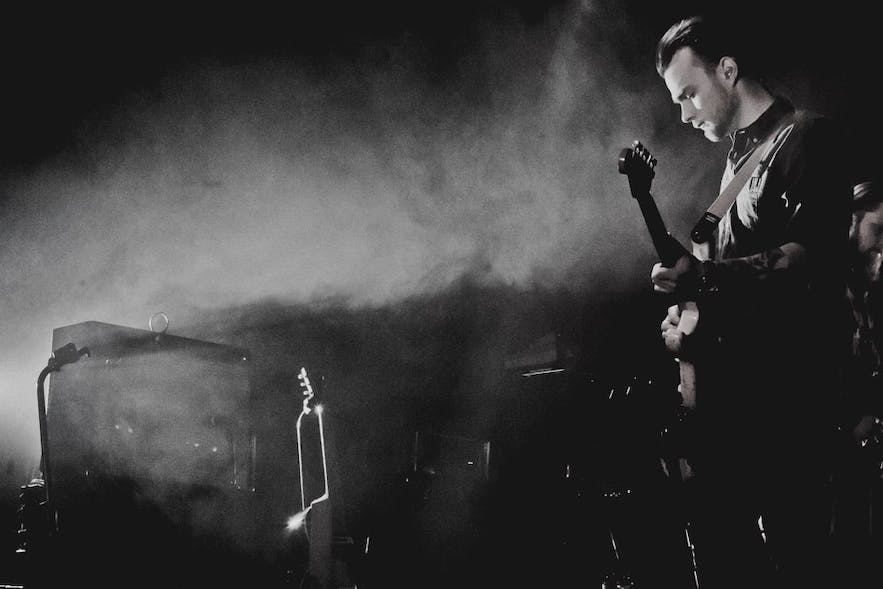 Ásgeir was to go onto further success as the year moved into winter. In collaboration with Icelandic rapper Erpur Þórólfur Eyvindarson, aka; Johnny National/Blaz Roca, Ásgeir released the Christmas hip-hop single ‘Hvítir skór’ to resounding national acclaim; the single stayed on top of the Icelandic Singles Chart for 9 consecutive weeks, a true and unbelievable miracle considering this collaborative Xmas track is, in two words, heinous and abhorrent  (the music video features Teletubbies fighting one another across Reykjavík... need I say more?)

In 2013, Ásgeir quickly regained his composure and toured Europe supporting fellow Icelandic act, Of Monsters and Men; the tour was the perfect opportunity to both raise the young singer’s profile abroad and to gain further experience performing with a live band. After all, before signing a record deal at 20, Ásgeir had never even set foot in a recording studio.

Whilst staying in London, Ásgeir also performed live and acoustic on The Toerag Sessions, playing the tracks ‘Going Home’, ‘On That Day’ and ‘Summer Guest’. In the same year, Ásgeir also won an EBBA Award (European Border Breakers Award) in recognition of his success abroad. 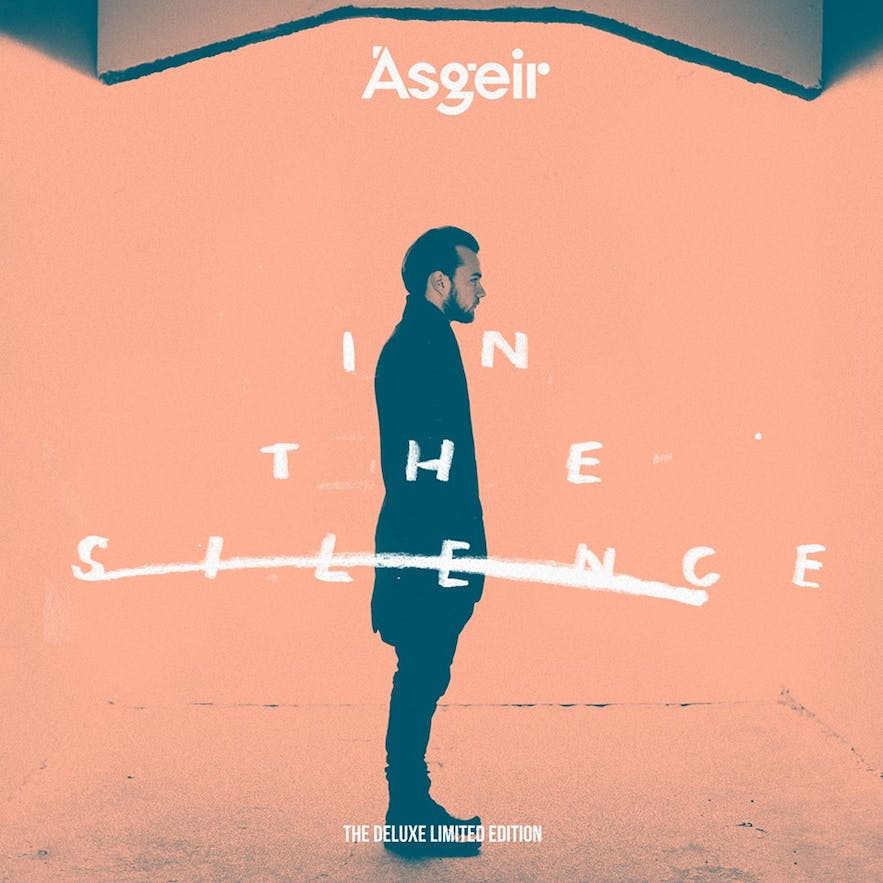 Ásgeir decided to reissue 'Dýrð í dauðaþögn' as ‘In The Silence’ for a number of reasons; first and foremost, to expose his music to a wider reaching audience. Ásgeir felt it necessary to stress his loyalties, however, “At home, we will always sing in Icelandic, it is only overseas that we will play the English songs.”  To translate the Icelandic lyrics into English, Ásgeir signed up with American singer-songwriter, John Grant, former guitarist with The Czars and then resident in Reykjavík.

John Grant is something of an adopted son in Iceland—which he calls “a naked, cold Hawaii”—having spent 2012 living in the country whilst working on his latest solo album, Pale Green Ghosts with Birgir Þórarinsson (aka;. Biggi Veira from Icelandic dance group, GusGus).

By now fully immersed in the Icelandic musical culture, John also penned the lyrics for Iceland’s entry for Eurovision Song Contest, ‘No Prejudice’, as performed by the punk-influenced children’s band, Pollapönk.

The collaboration between John Grant and Ásgeir Trausti wasn't without its complications, however;

"On some days I want to tear my hair out at how young and beautiful and talented and simultaneously nonchalant about it all he is," Grant said of the recording process, "His knack for melody and gorgeous harmonies coupled with his amazing sense of rhythm and virtuosity on acoustic guitar should make him a household name, no matter what language he's speaking."

'In the Silence' was released on the record label, One Little Indian; the same label that fellow Icelander Björk releases the majority of her material (Björk was, in fact, instrumental in the label's success today).

Luckily for Ásgeir, One Little Indian is one of the most reputable labels of the planet, with critics such as Amazing Radio hailing its "rich musical history" and "consistently brilliant" artists. 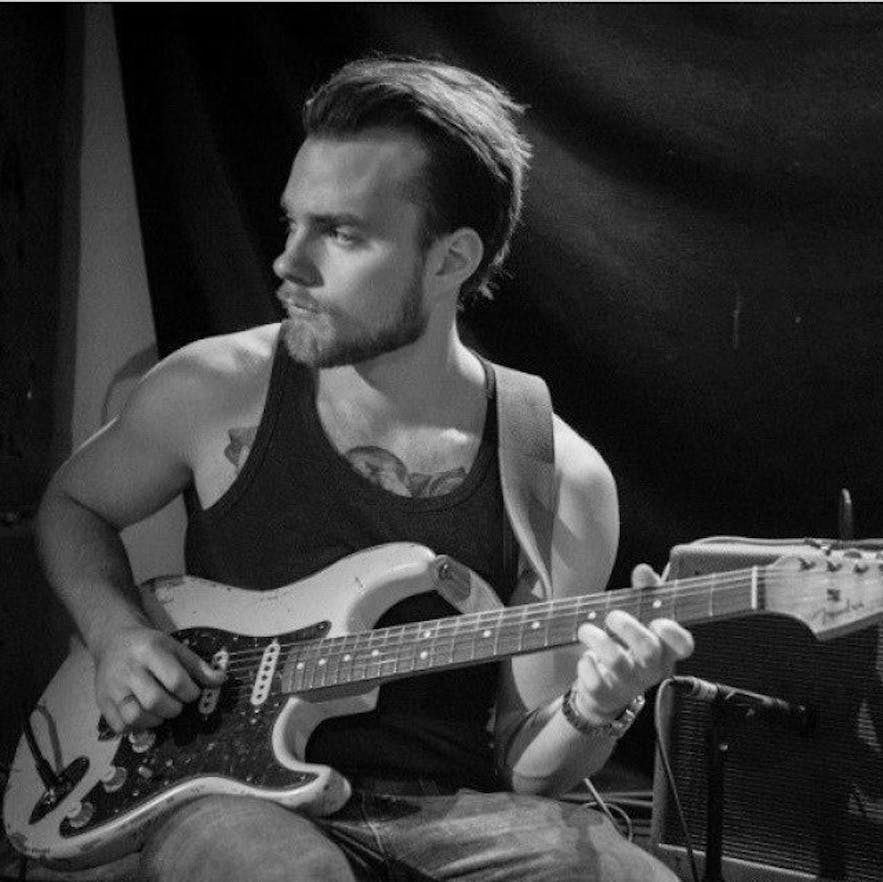 The album was generally well-received by critics, though many felt that the translation into English was ultimately unnecessary; English not only lost the ethereal appeal of a foreign tongue but also drew unwanted comparisons to the likes of Mumford and Sons. Critics almost universally agreed that the brightest aspects of the album lay in the electronic elements, rather than the comfortable familiarity of acoustic folk.

In the same year, Ásgeir performed two sold-out concerts at the Sydney Opera House, as well as a show at Shepherd's Bush Empire and one at the Union Chapel in the London. 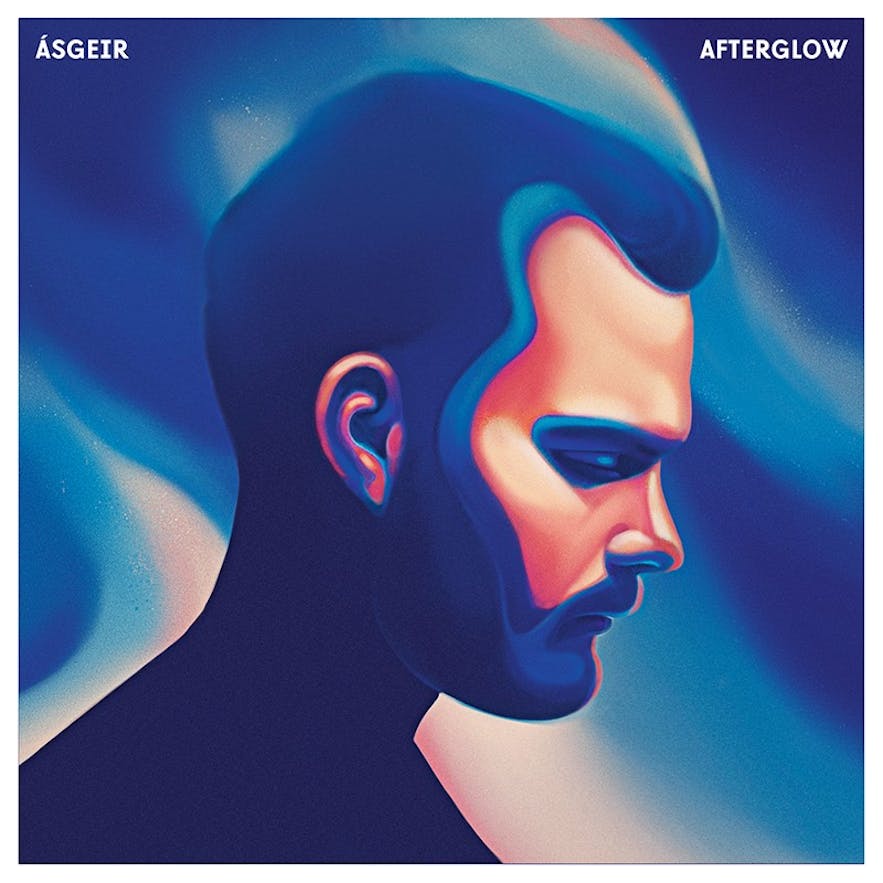 'Afterglow' is a deeper, more electronic album than his first, indicating an inner desire on part of the singer to create something exciting both to the fans and himself. This willingness to change can also be seen in Ásgeir’s live performances; whereas once the Ásgeir Trausti band consisted of twelve members, today the albums can be fluently played with just a few musicians, creating a more intimate and spacious experience on stage.

The album also has collaborations with Júlíus Róbertsson and Guðmundur Kristinn Jónsson, the latter of whom returned to produce the album. 'Afterglow' once again showcased the lyrical abilities of Ásgeir’s father, who lent his writing on a number of the album’s tracks, as well as Ásgeir’s brother and guitarist.

All in all, one could suggest that this is a familial effort, constructed by a group of musicians with years of playing and performing with one another.  "I feel like I have achieved plenty with this album already, gotten to know myself better, feel like I've grown a lot. Not just because of the album, but it's definitely helped a lot." 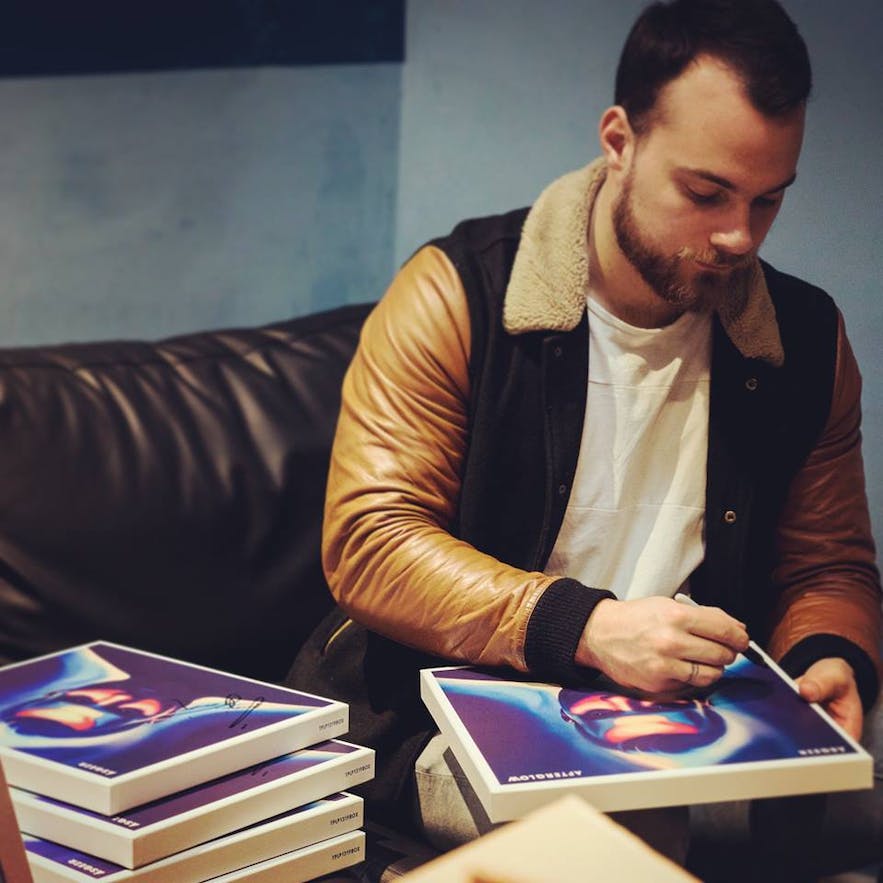 Ásgeir has a busy year ahead, touring his new electronically infused melodies to an international audience. Until July 16th 2017, Ásgeir will be playing shows across Europe, including performances in Bern, Switzerland, and Luxembourg City. Following the European leg of his tour, Ásgeir will be making a second visit to Australia, playing concerts in Newtown, Eastwood and Melbourne, Australia. Whilst down under, the artist will be making a prized appearance at the Splendour in the Grass Festival.

The end of July will see Ásgeir play the Fuji Rock Festival in Japan and the Valley Rock Festival in South Korea. In August, he will return to play three shows in Europe; The Appletree Garden Festival in Germany, MOODS! in Belgium and, finally, Caprera in the Netherlands.

With the onset of September, Ásgeir will travel to Canada and the United States, playing shows in a plethora of iconic cities; New York City, Washington DC, Nashville, Los Angeles. He will finish the American leg of his tour playing the Austin City Limits Music Festival, one of the most prestigious festivals on the planet.

The year will end with three important performances; first, at The Bataclan in Paris (a stop-off for any self-respecting musician,) Roundhouse in London and, most importantly of all, a final show for Iceland Airwaves in Reykjavík. Opportunities are still abundant to see Ásgeir this year, and tickets can be booked on Ásgeir's official website. 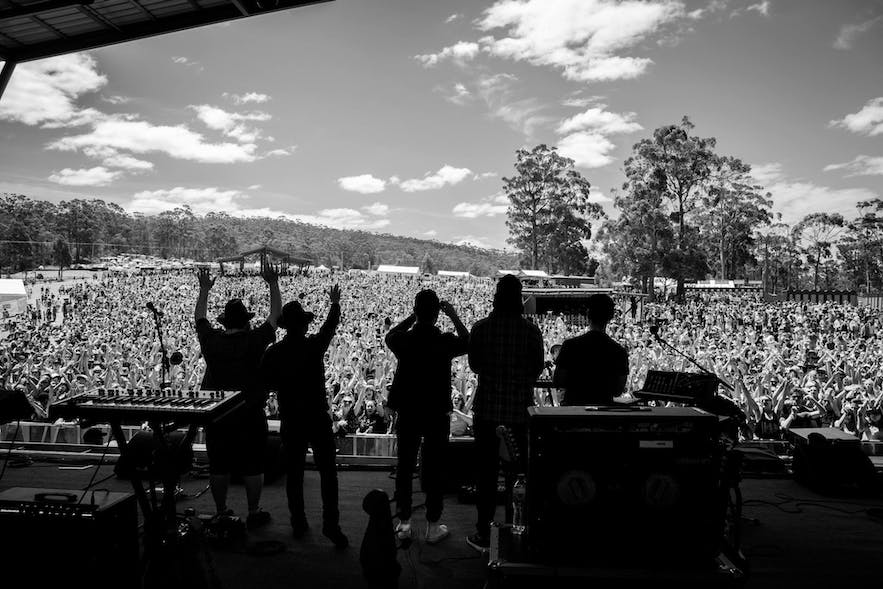