Kaleo | Way Down We Go

How did Kaleo go on to become one of Iceland’s biggest known rock bands? How did they start, and how did they break the United States’ music scene? When are future releases available and are there any upcoming show dates? Read on to find out all you need to know about Kaleo, Iceland’s premier rock n’ rollers.

The Rise of Rock in Iceland 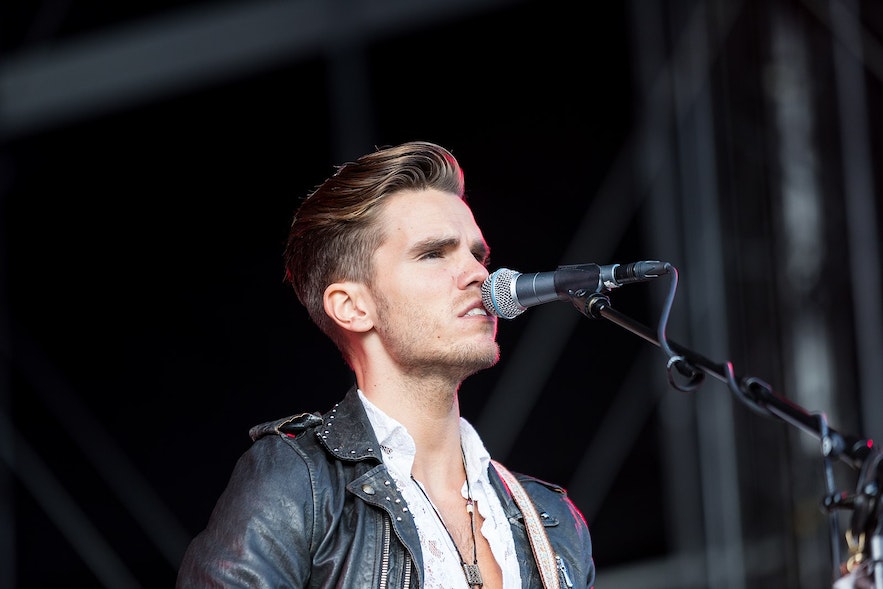 Ever since the Americans set up permanent shop at the US Naval Station Keflavík, the ears of the Icelander have been attuned to the distorted sound of electric guitars, thudding kicks, crashing cymbals and screeching vocals so characteristic of Rock n’ Roll music.

Thanks to the air base’s close proximity to Keflavík, on the Reykjanes Peninsula, it was Keflvíkingar—the townsfolk of Keflavík—who first heard this rambunctious new noise, quickly adopting it into their hearts. 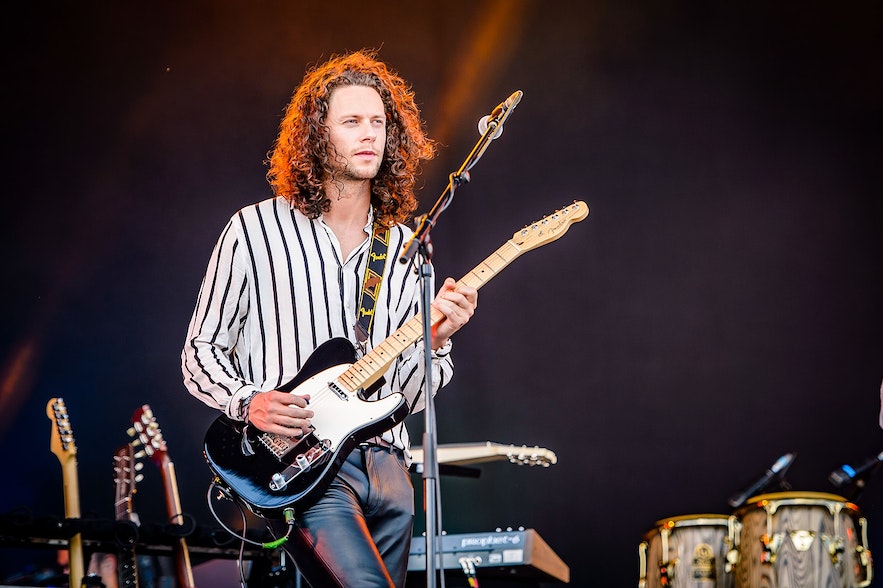 Whereas at first this new form of rebellious melody-making was considered something of a moral threat, it wasn’t long until young Icelanders were beginning to form their own leather-clad outfits. Below, one can find a clip from the Icelandic documentary, Rokk í Reykjavík (1982), directed by Friðrik Þór Friðriksson. The documentary focuses on the burgeoning rock/punk scene around Keflavík in the 1980s.

Iceland, whilst always famed for its music, began to identify with the alternative squawks of Björk or the ethereal soundscapes of Sigur Rós. Traditional rock n’ roll, it seemed, had taken the back foot. 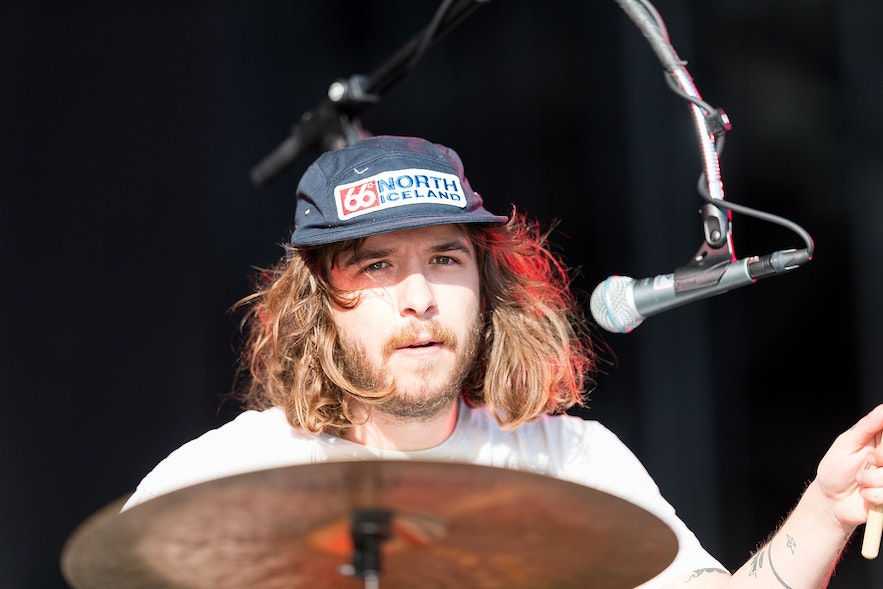 And then there was Kaleo. Kaleo is, without doubt, the most successful Icelandic blues/rock band of the 21st century, having formed in 2012 at Mosfellsbær.

Greatly inspired by the smooth, twanging rhythms of the Delta Blues, Kaleo is comprised of four key members; lead vocalist and guitarist JJ Julius Son (Jökull Júlíusson), bassist Daniel Kristjansson, lead guitarist Rubin Pollock and, last but not least, drummer David Antonsson. All members of the band aside from Rubin Pollock have been playing instruments together since they were 17 years old.

The Rise of Kaleo in Iceland

To begin with, the high school friends played a number of shows in their country's capital city, Reykjavik, going under the name 'Kaleo', which means "the sound" in Hawaiian. Their first appearances were at the 2012 Iceland Airwaves festival, where they quickly gained a loyal local fanbase.

Early the next year, the band's original songs "Rock n' Roller" and "Pour Sugar on Me" secured airtime on Icelandic radio stations. This was quickly followed by a live taping of the Icelandic ballad "Vor í Vaglaskógi"—after being uploaded to Youtube, the footage quickly went viral, thrusting the band even further into the public eye.

They quickly followed this up with a studio recording of the track, which in turn reached Number 1 on almost all Icelandic radio stations.

In the fall of 2013, only one year after the addition of their guitarist, Rubin, the band was signed to Iceland's biggest record label, Sena. Here, they quickly set about writing and recording their self-titled debut, KALEO, releasing five tracks that went straight to Number 1 in Iceland, eventually making the album Gold certified.

This opportunity allowed for international shows across Europe, as well as stage time on Iceland's biggest stage, Culture Night, reaching out to approximately 90% of the Icelandic population through a live broadcast.

By the end of 2013, Kaleo was well and truly established in Iceland as an act to be reckoned with. The band first came to major international attention after opening for Australian singer-songwriter, Vance Joy, famous for his 2013 hit “Riptide”, and have since gained a substantial following thanks to their performances at such festivals as Austin City Limits, Firefly, Bonnaroo, and Life Is Beautiful.

The Rise of Kaleo Worldwide

Upon its debut, the song reached Number 1 on the Billboard Alternative Songs chart and has since reached Platinum twice in Canada, and once in both the United States and Australia.

The band moved to one of the rock music capitals of the world, Austin, Texas, after signing with Atlantic Records in early 2015. Throughout the year, they continued to grow their fanbase in the USA, appearing in  Esquire's "40 Bands You Need to Hear", as well as peaking at number 9 on Billboard's Adult Alternative Songs chart with their song “All The Pretty Girls”.

Kaleo may have broken through in the United States, but there is no chance of the boys forgetting where they’re from. Kaleo’s debut album, A/B, released 10 June 2016, may sound straight out of the American songbook, but the collection’s accompanying music videos tell an entirely different story. 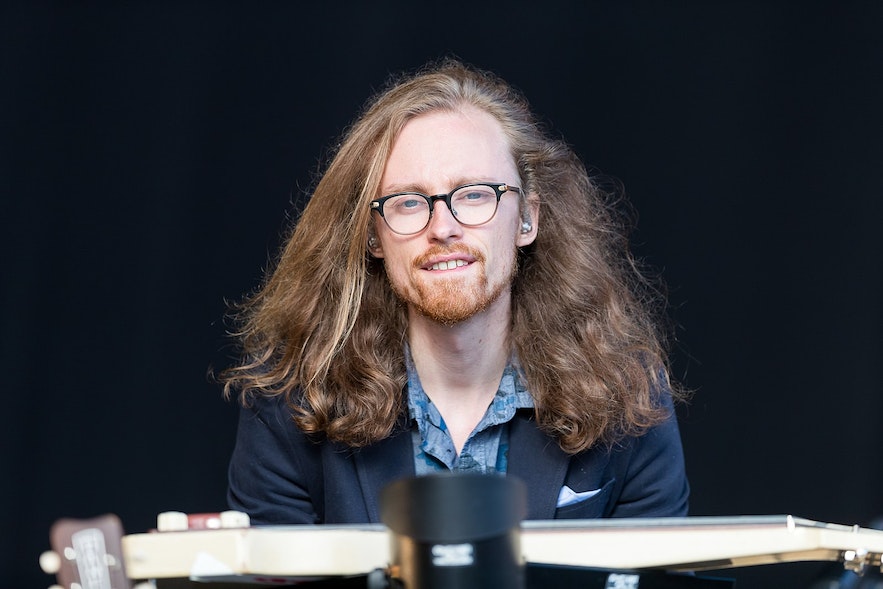 Consider, for instance, what is arguably the band's most famous music video, a live take of their track "Save Yourself" shot on location at Fjallsárlón glacial lagoon, on the south side of Vatnajökull National Park.

Risking life and limb, as well as millions of Krona's worth of musical equipment, the band travelled along the farthest reaches of the South Coast in order to play their track, live, from atop a moving iceberg—a first in the history of rock n' roll!

Surrounded by the dramatic and other-worldly nature of their native country, the music video is one of the best examples of Kaleo's Nordic interpretation of a musical style most widely associated with the swampy marshlands and barren deserts of North America. Of the experience, JJ Julius Son said, "I think because of the soft and melodic nature of this song, it fits perfectly with the beautiful, serene setting of the glacier lagoon".

Of course, Kaleo had experimented with blending their musical output with the majesty of Iceland's nature before, having shot a live take of "Way Down We Go" inside of Thrihnukagigur volcano. Surrounded by the stunning, colourful imprints blasted into the caldera's interior rock faces, this video, once again, proves the sincere pride that Kaleo feels about their homeland.

But what of the musical tracks found on the album? Well, the title “A/B” is derived from Julius Son’s love of the split sides of vinyl, allowing musical artists to demonstrate two sides of their creative personality.

Thankfully, Kaleo's musical style of infusing heavy rock, traditional blues scales and folksy vocals allows for an eclectic output, one that shows the band for the talented and adaptable musicians they are. A/B drew from songs already recorded for the band's Icelandic 2013 debut, taking some of the most popular songs from back home and adding in new, polished tracks for the American market. 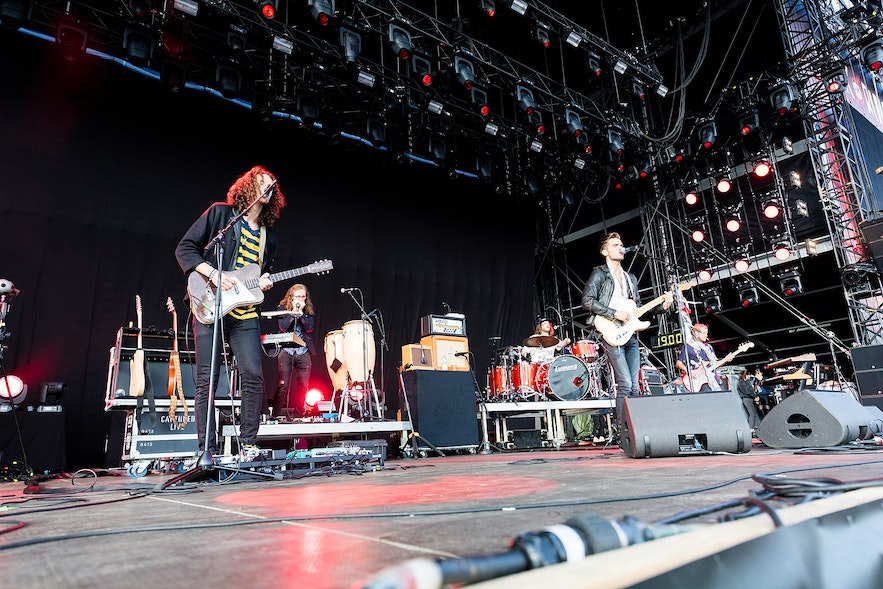 Thankfully, the band was paired with iconic record producer, Jacquire King, already famed for his incredible work with such artists as Kings of Leon, Norah Jones, James Bay, fellow-Icelanders Of Monsters and Men, and the blues music legend, Buddy Guy. To date, Jacquire King has received over 30 Grammy nominations for his work in music production.

And so it is that the ‘A’ side of the album focuses on heavier, bluesier numbers such as “Way Down We Go” and “No Good”, whilst the B-side is dedicated to softer, more soulful tracks like “Vor í Vaglaskógi” and “All The Pretty Girls”.

Without a doubt, aside from the biggest hits, the albums' greatest rock anthems are “No Good”, “Glass House” and “Hot Blood", each comprised of rough vocals, whammy guitar pedals and catchy choruses. Upon release, the album was compared favourably, and obviously, with fellow rockers Jack White, The Black Keys and Hozier. 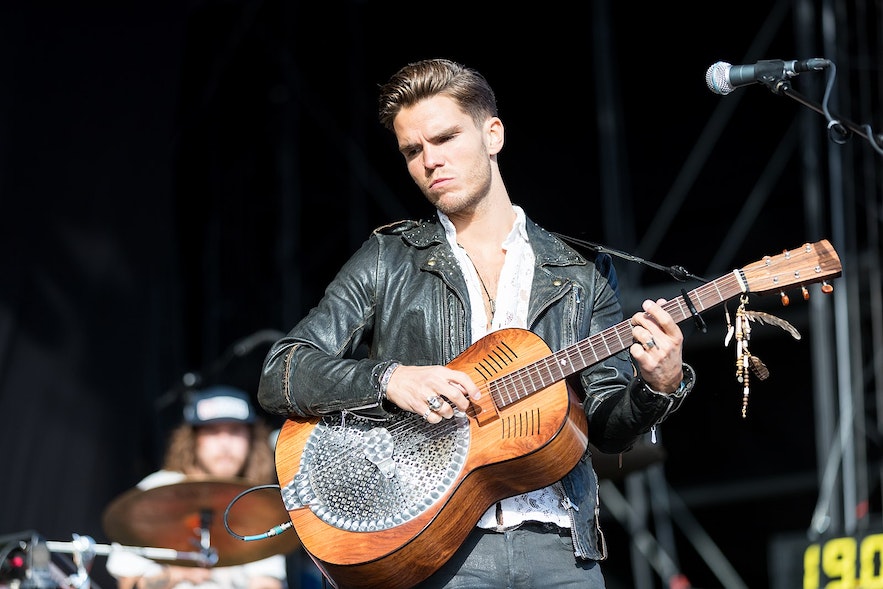 But what of Kaleo's bright future on the international music scene? Well, 2018 will already see the band play such festivals as Lollapalooza, SandJam, Beale Street Music Festival and Colours Of Ostrava, playing in countries as far ranging as the Czech Republic, Hungary, Austria and Canada.

Standing alongside them at such festivals, fans can also expect to see artists like Jessie J, Gorillaz, Depeche Mode, Arctic Monkeys and Pearl Jam, only proving Kaleo's relevance in the ever-changing world of music. Whilst fans anticipate their second album with baited breath, you'll have to be in the right place at the right time this year if you're hoping to catch them.

Did you enjoy our article, Kaleo | Way Down We Go? What is your favourite Kaleo track or video, and have you had the chance to see them live? Which other music from Iceland would you like to learn more about? Make sure to leave your queries and thoughts in the Facebook's comments section below.