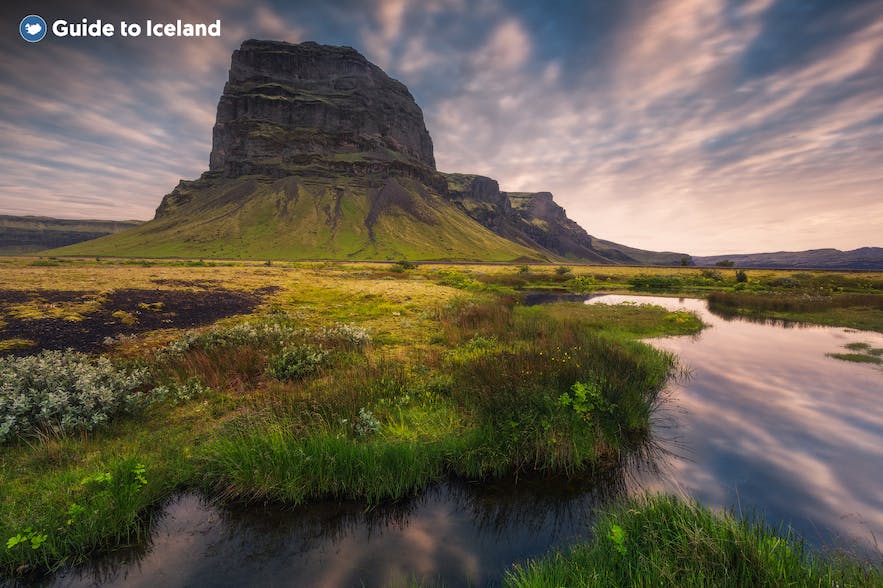 Mt. Lómagnúpur is, very arguably, one of Iceland’s most recognisable mountains, with its proud and dramatic cliff faces, flat, garden-like surroundings and the open blue fjord at its base.

The mountain was formed over 1 million years and is primarily made of palagonite, with lava beds and sediment making up the base. With a summit peaking at 767m, Mt. Lómagnúpur has been the go-to mountain for professional photographers, writers, climbers, hikers and nature lovers from all across the world. It is also of enormous cultural significance to the Icelandic people. 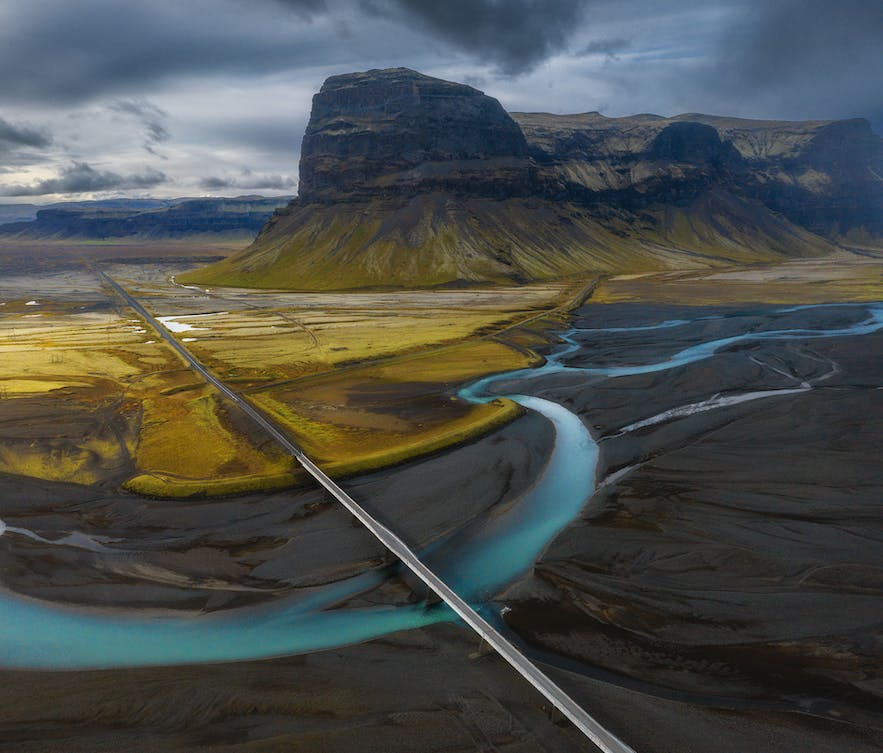 “The giant stands iron staff in hand by Lómagnúpur mountain. He calls to me and calls to you In a deep and sombre voice.” These are the words of the late Icelandic poet, Jón Helgason, in his poem Áfangar. The writer is referring to the saga Njálssaga, in which the chieftain Flosi Þorgeirson once slept on the slopes of Mt. Lómagnúpur. Here he dreamt that he alone had slaughtered Njáll and his men. From inside the mountain, the great giant Járngrímur emerged, foretelling the death of Flosi’s men.

Away from the sagas themselves, Járngrímur is a famous cultural icon for the people of south Iceland. He is said to have acted as a guardian spirit during the earliest days of the country’s settlement, warding off potential invasions from foreign Kings. Because of this role, the giant now features on Iceland’s coat of arms. The giant has an iron staff in his hand and stands alongside the three other guardian spirits who make up the North, East and West of the country. 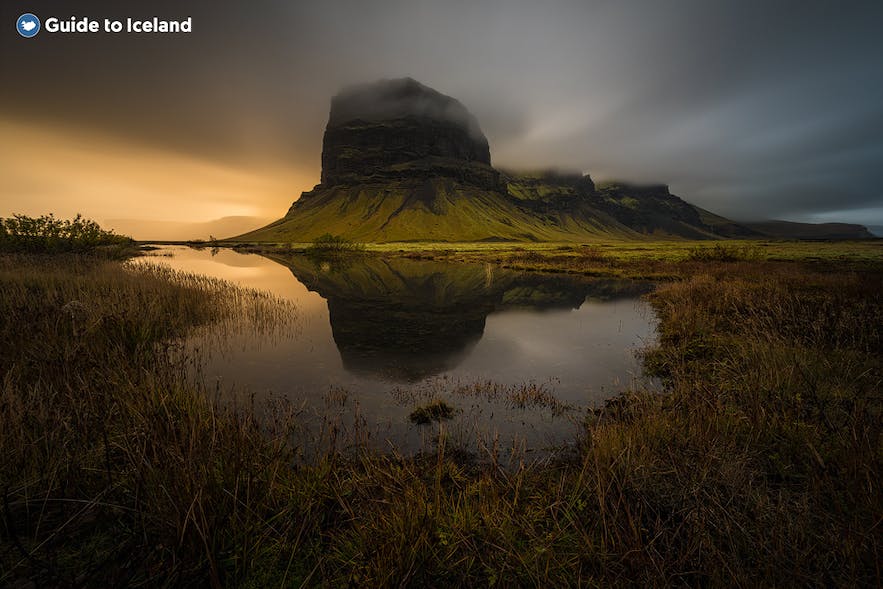 Several dramatic rockfalls have originated from Mt. Lómagnúpur, the most spectacular of which is on the western side of the mountain. This rockfall occurred in 1789 after an enormous earthquake began shaking and splitting the mountains rock formation. 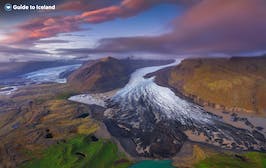 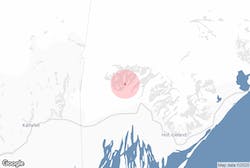 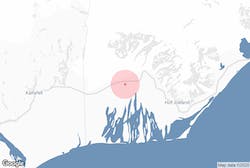