The Top Film Festivals in Iceland 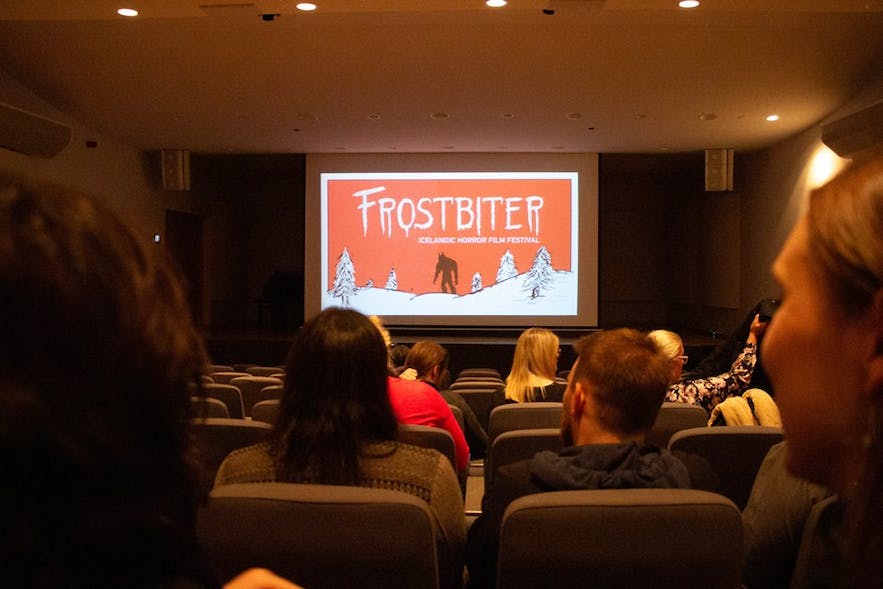 Authentic, audacious and artistic; all of these words could be used to describe the cinematic outpourings of Icelandic filmmakers. Be they at the hands of seasoned professionals or recent graduates of the Icelandic Film School, the movies that arise from this small island make quite the impact on the international festival circuit.

Baltasar Kormakur is one of Iceland's most famous filmmakers.

Nordic cinema is often characterised by its stark, yet picturesque landscapes, lack of dialogue and engrossing storylines. The most popular genre—or, at least, the most immediately recognisable—is crime fiction, capitalising on the enduring popularity of literature.

Two examples of this include Jar City (2006) and Reykjavik-Rotterdam (2008), while a more contemporary vision can be seen on the small screen in the form of Trapped. It should be noted here that all of the projects listed as examples involve the Icelandic filmmaker, Baltasar Kormákur, in one role or another. However, the complete list of Iceland’s auteurs is far more extensive than one man.

A 2017 survey revealed that Icelanders spend more time at the cinema than those from fellow Nordic countries. Naturally, this fascination with the big screen translates to many amateur and aspiring filmmakers looking to shoot their own productions, only adding to this land’s reputation as being a hub of creativity.

Coinciding with this steady stream of home-brewed films are a litany of festivals held throughout the year. Naturally, these attract filmmakers and movie-lovers from both Iceland and around the world. In fact, Iceland's film festivals are picking up their stride, destined to grow year after year, further cementing this nation's position as a force of cinematic nature. 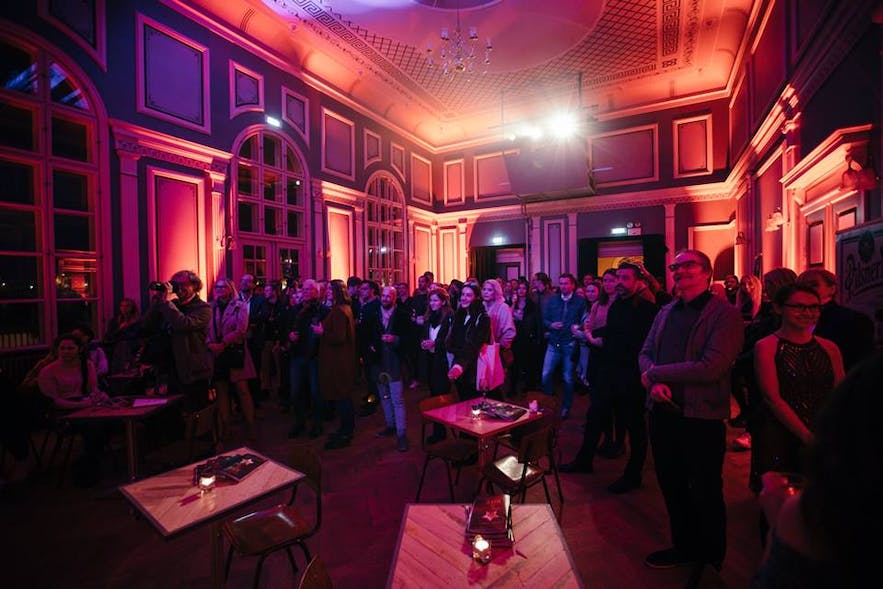 Reykjavík International Film Festival (RIFF) is Iceland’s most famous event of its kind, attracting an eclectic range of filmmaking talent, either as creators or guest speakers. As such, Icelandic movie fans look forward to their attendance each year, ever eager to sample the latest projects and take home a dose of inspiration.

Previous years have seen such attendees as the charming German nihilist, Werner Herzog—famous for such films as Fitzcarraldo (1982), Stroszek (1977) and Grizzly Man (2005)—who served as guest speaker in 2017 and introduced, in person, the benefit of his own film school (masterclass).

The ever-gritty Mike Leigh, whose influence on British Cinema continues to inspire and depress audiences in equal measure, was guest of honour in 2015. Other guests of honour include Jim Jarmusch, Darren Aronofsky and Susanne Bier, to name only a handful.

The Golden Puffin—RIFF’s greatest prize—is dedicated to a filmmaker’s first or second film, while the Golden Egg is solely awarded for short films within the Talent Lab category. The best Icelandic short film is offered a prize from the national broadcaster, RÚV, who also buys the exhibition rights.

The next festival, as of 2019, will be held September 26th to October 6th—perfect for cinema-loving visitors looking for an escape from the cold. 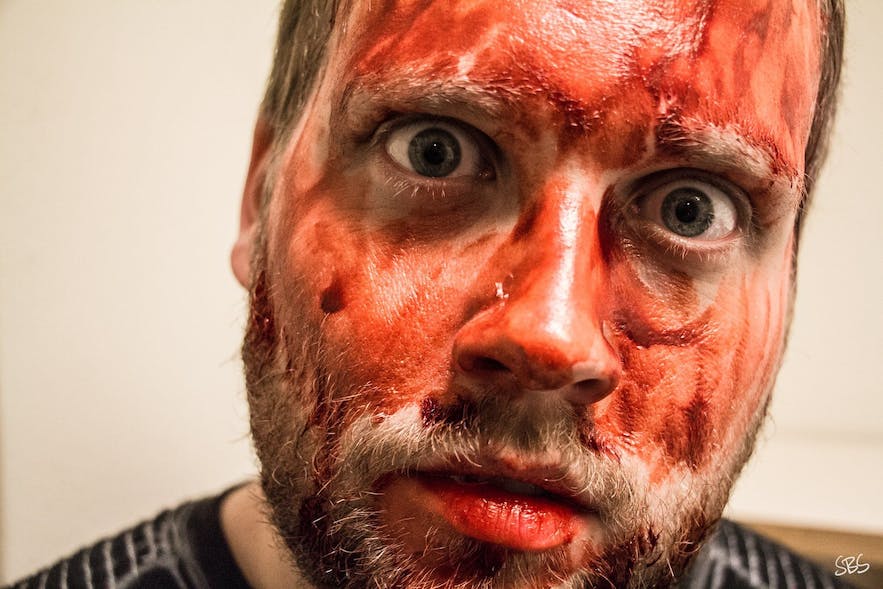 "During the summertime the sun doesn’t set and we are blessed with brightness 24 hours a day. However, during wintertime the darkness surrounds us all day and everybody knows that in the darkness, evil awaits.” - Frostbiter.is

Do you have a passion for blood and gore, thrills and chills, tears and fears? Then there is no better film festival for you than Frostbiter. As Iceland’s first horror film festival, directors from across the world wait in eager anticipation to see just how their Nordic cousins appreciate their take on the subtle art of frightening people. 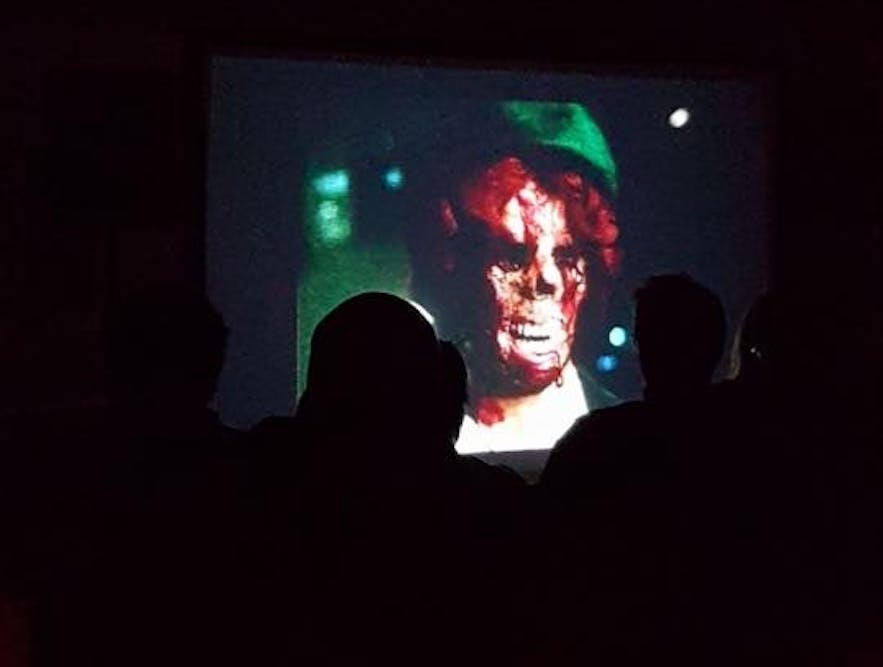 Founded by Lovísa Lára Halldórsdóttir and Ársæll Rafn Erlingsson—a married-couple doubling up as a filmmaking team—the spookiness of Frostbiter has been held in the diminutive town of Akranes since 2016. For winter visitors to the capital, a trip to this sleepy, quaint and mysterious settlement will take approximately 50 minutes by car. On clear days, it is possible to see Akranes across Faxaflói Bay from Reykjavík.

Set in the eerie and isolated village of Djúpavík—at least, that's it portrayal—the film follows two urbanites from Reykjavik struggling against the supernatural forces so prevalent throughout Icelandic folklore. Today, the film is considered a hidden gem, though a restored version is available to buy from the director himself. 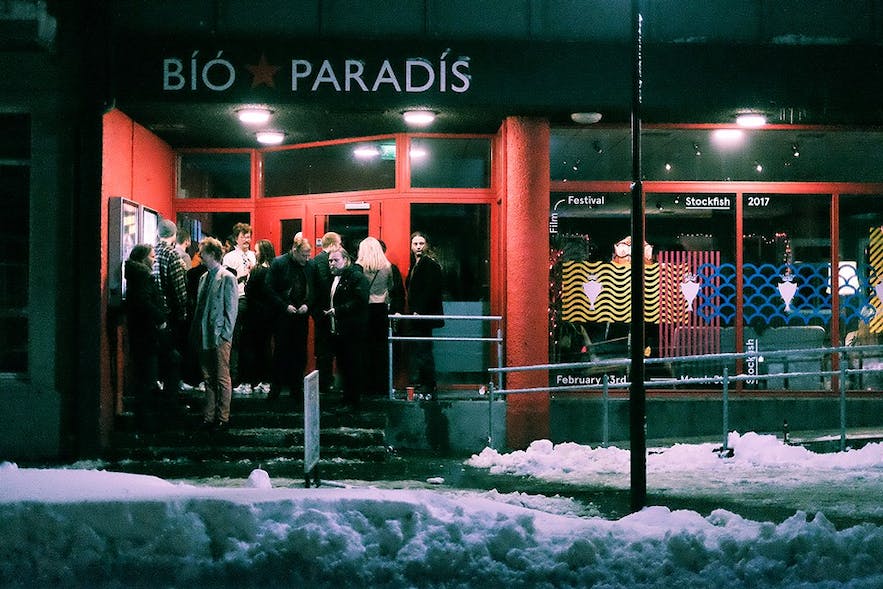 As with RIFF, this European film festival is hosted in Reykjavík’s popular alternative cinema, Bíó Paradís.

Originally founded as the Reykjavík Film Festival in 1978—of which the last event was held in 2001—the festival is now named after one of Iceland’s most iconic cuisines—salted fish! Stockfish Film Festival came into its own right in 2015, finding an irreplaceable place on the Icelandic film festival circuit.

The festival is held in either March or February of each year, lasting for eleven days total, with its main objective being to foster collaboration between international and domestic filmmaking communities.

Aside from screenings, Stockfish hosts lectures, masterclasses, workshops and Q&A panels. On top of this, guests can expect parties and networking events, as well as two specific events; the Shortfish Film Competition and Works in Progress.

The first, Shortfish Film Competition, is dedicated to showing films under 30 minutes in length with either an Icelandic director or producer behind the helm. Works in Progress, on the other hand, is a chance for the world’s press to see 5-15 minute previews of the movies currently in development by Icelandic filmmakers. 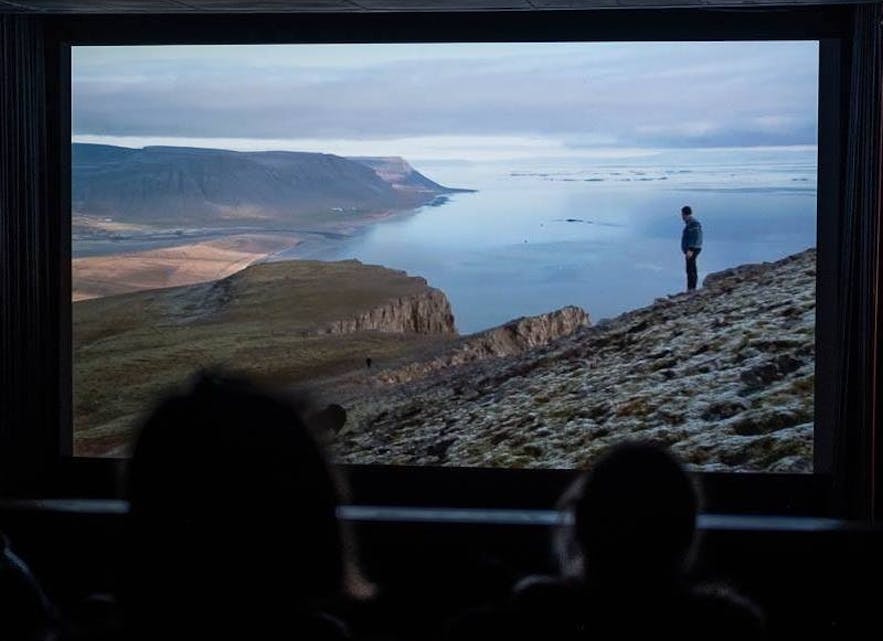 Hosted in the small, Westfjords village of Patreksfjörður, Skjaldborg Film Festival is dedicated to showcasing documentaries from Icelandic filmmakers.

Documentary filmmakers have long been thankful for the exponential popularity of their medium, with festivals such as Skjaldborg a true blessing when it comes to exhibiting real and important stories from the land of ice and fire.

Given the wild and often tempestuous weather of the Westfjords, attendees will be happy to know the festival is hosted in the village’s old fashioned cinema, Skjaldborgarbíó. 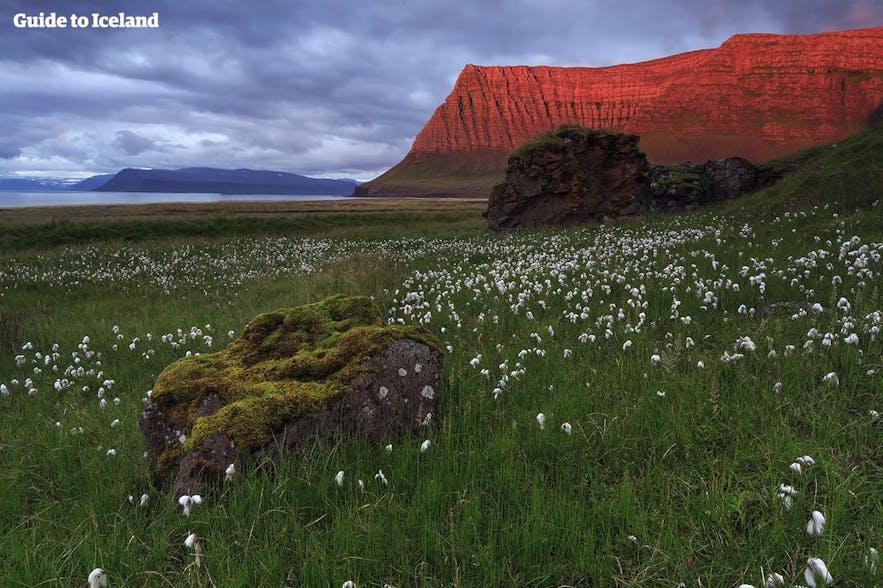 Home to approximately 700 people, Patreksfjörður is best known to visitors as home to Pollurinn Hot Pool and the small, yet fascinating outdoor museum, Hnjótur, where guests are privy to the wrecked shells of US Navy Planes and old fishing boats.

Winning films are awarded the Einarinn Audience Award and, as of 2017, the First Light Jury Award. 2017 saw both prizes awarded to Anna Thóra Steinthórsdóttir for her documentary 'Kanema's song'.

The film explores the filmmaker's roots and cultural heritage in her father's homeland, Zambia, where she learns of her ancestor's musical traditions. According to the jury, the story was told with "great warmth and sensitivity, full of joy and heart".

The festival is sponsored by some of the bigger companies in Iceland, including Eagle Air, Foss Hotel and Bríó Beer. An added reason to visit is the banquet of delicious fish cooked up by the village’s Women’s Club, who enthusiasm for feeding documentarians is something to admire. 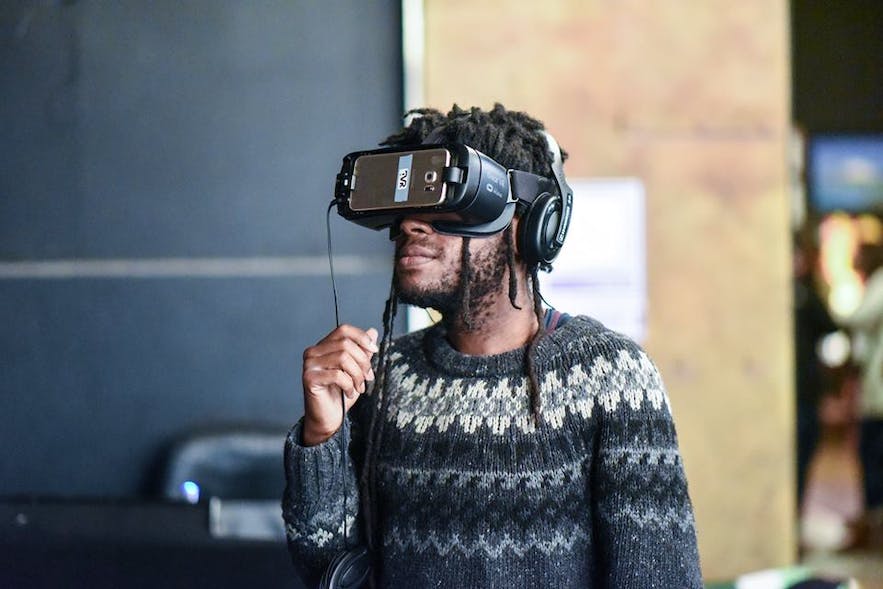 Dedicated to micro-movies of varying genre, Northern Wave International Short Film Festival is celebrated in the aptly miniscule village of Rif, on the Snæfellsnes Peninsula, in a hostel called The Freezer. Originally, the festival was held in Grundarfjörður, located only a short distance away.

Adhering to the creative philosophy of Nouvelle Vague, or New Wave, this film festival’s major goal is to revive the recognition of filmmaking as an art from, an extension of the auteur’s vision from behind the lens.

According to the festival director, Dögg Mósesdóttir, “The focus is on artists and the artistry of the film more than the commercial side [...] It’s more about taking risk, expanding the film language and discovering new waves of making films coming from the north. And there are a lot of waves in Grundarfjörður!"

One of the most important aspects of Dögg's vision is to combine filmmaking prowess with live musical performances, fostering collaboration between grassroots artists and further expanding the boundaries of filmmaking.

Dögg Mósesdóttir founded the festival in 2008 after graduating from film school in Barcelona, hence why the event is supported by the work of Spanish filmmaker Pedro Vila Taboas and Spanish producer, Judith Hernandez Cortes. 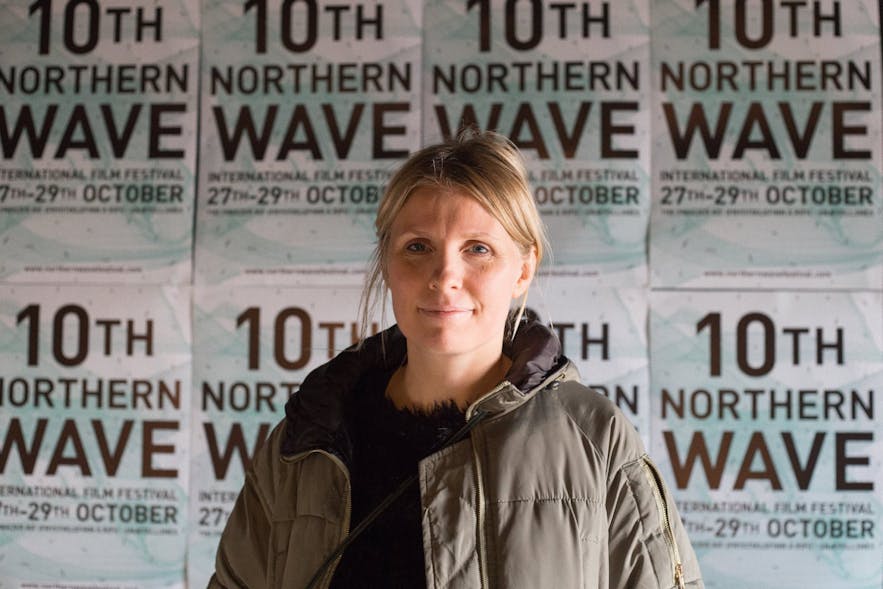 Previous honorary guests include Gale Anne Hurd—producer of such blockbuster films as Armageddon (1998), Aliens (1986) and The Terminator (1984)—and legendary film editor, Valdís Óskarsdóttir, who used her visit to teach a masterclass in post-production.

Despite only having 180 inhabitants, the village of Flateyri is the largest settlement in the Westfjords’ Önundarfjörður region.

Given this diminutive number, it is highly admirable that Flateyri puts on one of the country’s most exciting and hilarious comedy festivals each year. For that, you can thank the festival organisers, Eyþór Jóvinsson and Ársæll Nielsson, both of whom are professional filmmakers in their own right. 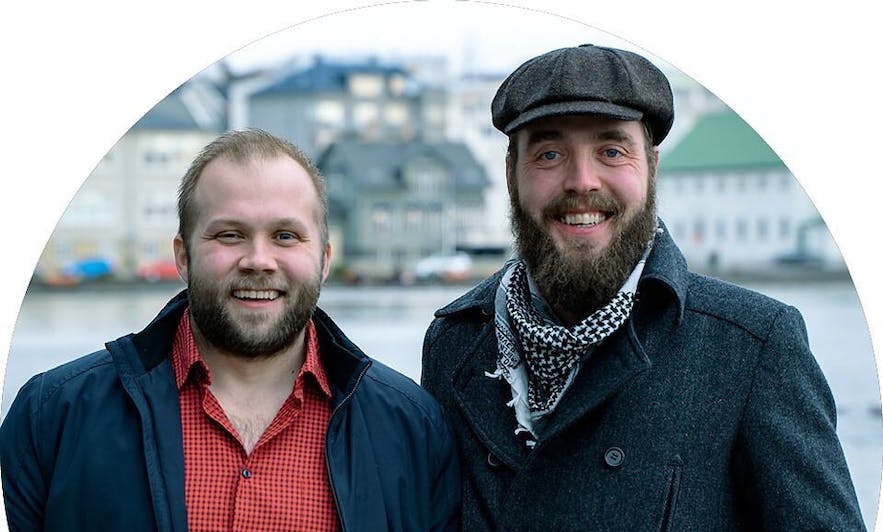 The festival shows short and feature comedy films from young Icelandic directors to coincide with stand-up comedy performances, live music concerts and artist Q&A. The festival is sponsored by the Westfjords Structural Fund, the Icelandic Film Center and Arctic Fish, among others.

Naturally, the event attracts some of the biggest names in Icelandic comedy, including Hugleikur Dagsson, an Icelandic cartoonist and stand-up comedian most famous for his books “Should You Be Laughing at This?” (2005), My Pussy is Hungry” (2013) and “I Hate Dolphins” (2013). 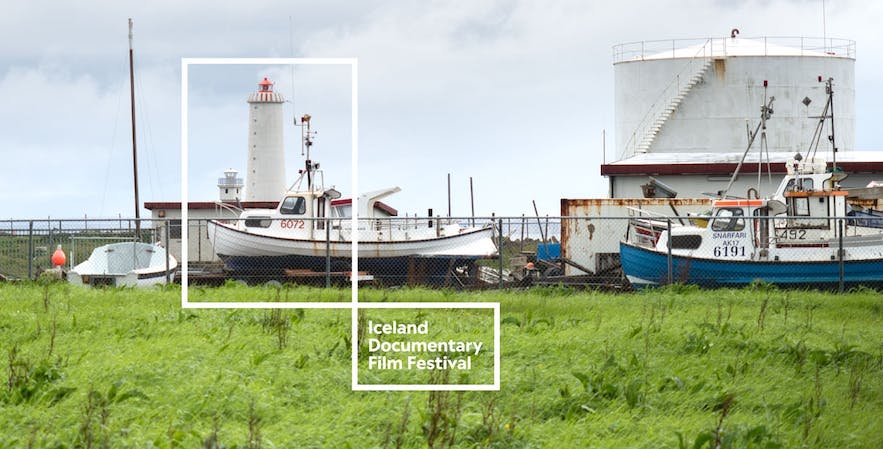 The first ever IceDocs International Documentary Film Festival will be held July 17th-21st 2019, introducing high quality, fact-based films to local and overseas visitors. Like Frostbiter, the festival is held in Akranes, an authentic Icelandic town unaffected by Iceland's meteoric rise in tourism.

Given that this event has yet to happen, there is no predicting whether or not it will reach the heights of the other film festivals listed. Considering the enthusiasm and filmmaking talent so prevalent in Iceland, however, it is more than likely that IceDocs will become a staple of the country's festival circuit. 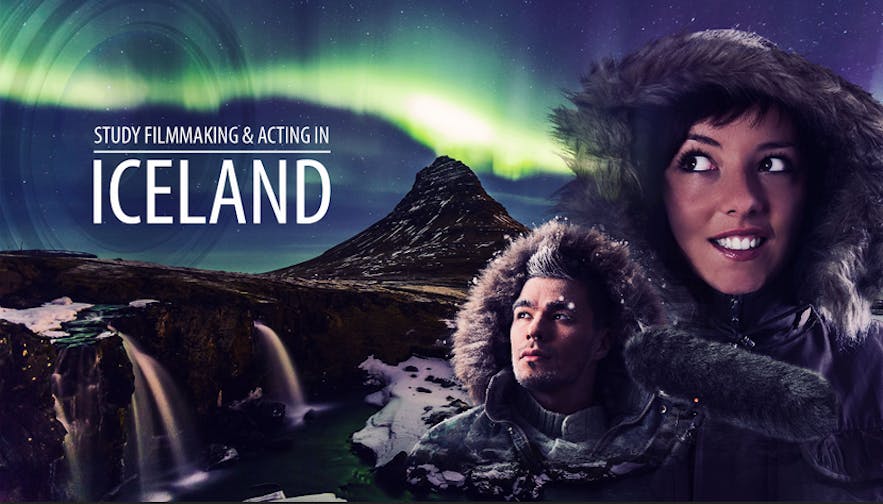 When it comes to making in film and television, there are two routes largely considered; the first, if we recall back to Werner Herzog—”Steal it if you have to!”—is to pick up a camera and begin shooting.

Guerrilla filmmaking has long been considered a noble pursuit, with greater ties to independence, auteurship and original storytelling. 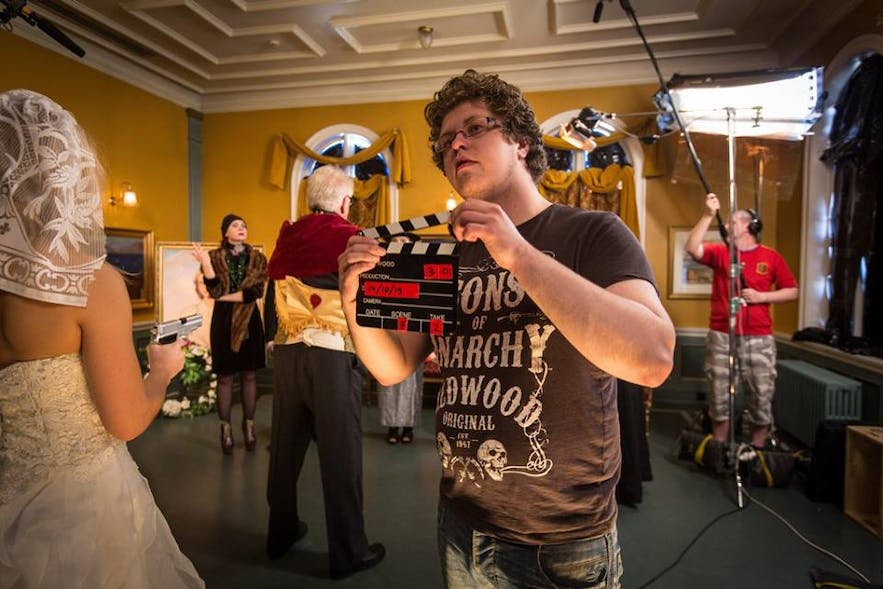 The second road in is one that I have trodden myself; attending a film school. Film schools worth their salt come equipped with professional equipment, from lighting to cameras, instructive tutors and a peer group as enthusiastic about the cinematic arts as oneself.

Thankfully, the Icelandic Film School fits this criteria as they come complete with a sound studio, mixing room, green screen studio and computer facilities. Aside from this, the film school collaborates with the major film equipment rental companies in Iceland, including KUKL, Pegasus and Luxor.

Of course, one unfortunate aspect of attending film school is the tuition fees. Take, as an example, the directing/producing diploma; four semesters at 8500 Euros (1,164,488 ISK) each makes for an expensive course.

An argument could be made that this money is better spent on making a debut feature—though, of course, this is not possible for everyone.

Regardless, the Icelandic Film School has produced countless cinema-savvy graduates throughout its run, not to mention the wealth of incredible short films at their hands. At the end of each course, the film school invites friends and families of the students to witness their work over the last two years.

While not exactly a film festival, this graduation showcase is one of the best means of seeing Iceland's brightest future talent for yourself.

Which mountains are the most beautiful mountains in Iceland, where are they located and what kind of mountains can you find in Iceland? Find our range of Mountain Tours here  Why not join this Mou...