The Top 10 Weirdest Museums in Iceland

Where are Iceland’s strangest collections, exhibits and museums, and just what oddities and curiosities do they have in store for guests? Read on to find out all there is to know about the top 10 weirdest museums in Iceland.

Photo above from Wikimedia, Creative Commons, by Sigurður Hjartasson. No edits made.

Every country on earth boasts historical and cultural establishments beloved for the sheer novelty of their existence. Take, for instance, Museum of Bad Art in Massachusetts, USA, or the Avanos Hair Museum in Turkey, or even The Momofuku Ando Instant Ramen Museum in Osaka, Japan. 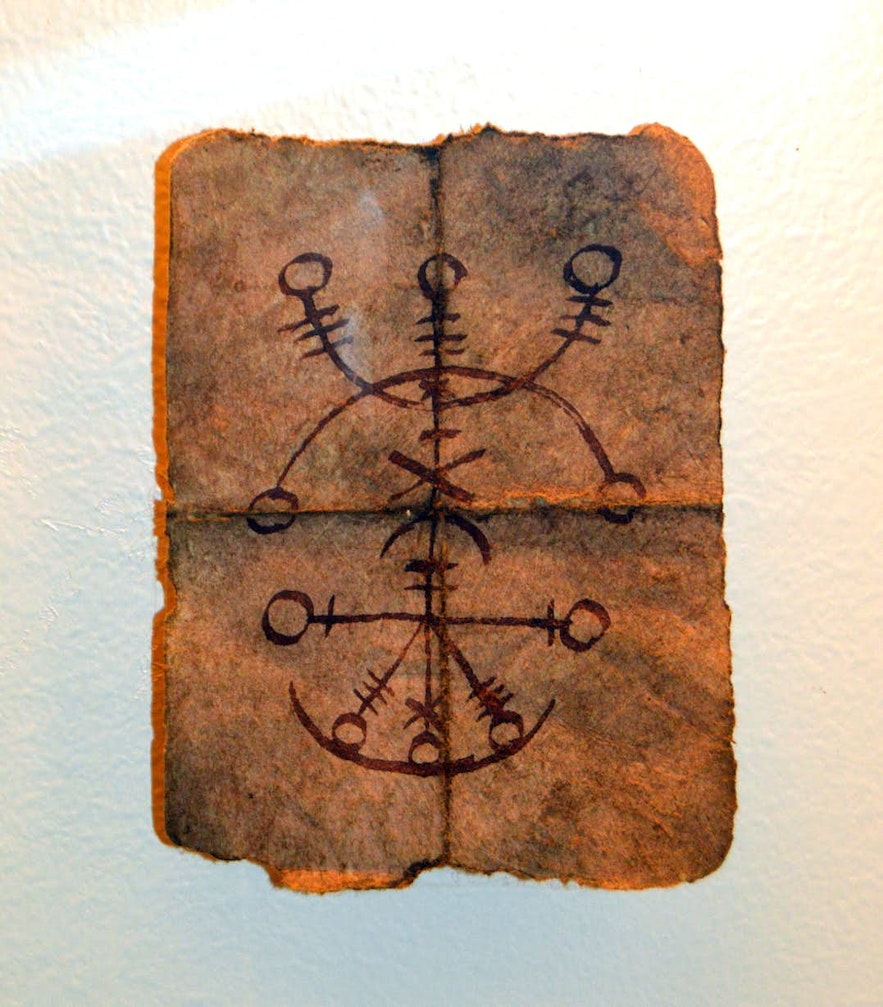 Like Ripley’s Believe It Or Not, these institutions draw visitors in by playing upon their desire to be intrigued, horrified and silenced by the peculiarities of life.

For such a small country, Iceland has a surprising number of these unique and quirky museums, adding a very different flavour of entertainment to its striking scenery and adventurous tour activities.

So, let us look together at the most strange and captivating museums that you can visit during your trip to Iceland. 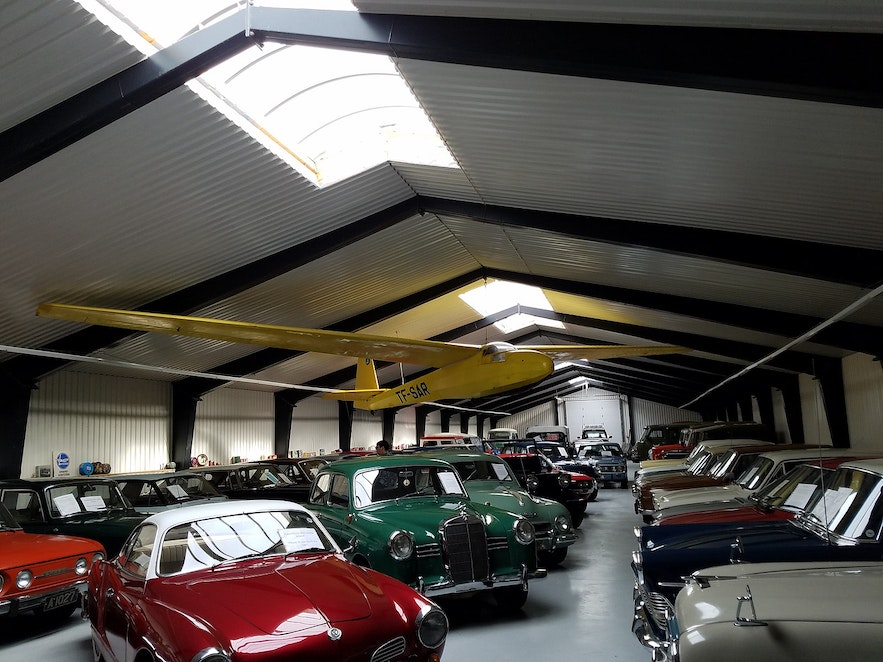 Photo from Wikimedia, Creative Commons, by Coolsteve11. No edits made.

Approximately thirty minutes drive from Europe’s whale watching capital, Húsavík, sits the Ystafell Transportation Museum, a quirky open-air establishment that showcases over half a century’s worth of automobilia. It is the oldest and most extensive collection of antique cars in the country.

Visitors to Ystafell Transportation Museum will come across repurposed tanks–once used for delivering milk, of all things–and snowmobile buses that appear straight out of science fiction, plus many remote car parts and historical treasures.

The museum was the inadvertent brainchild of a local mechanic, Sverrir Ingólfsson, whose love of cars led to an enormous collection assembled over his lifetime. The entrance fee is 500 ISK for both adults and children, with opening hours from 10 am to 8 pm from Mid-May to September.

It is possible to visit  Sverrir Ingólfsson’s collection out of season, though you will have to inform the museum of your intentions beforehand. 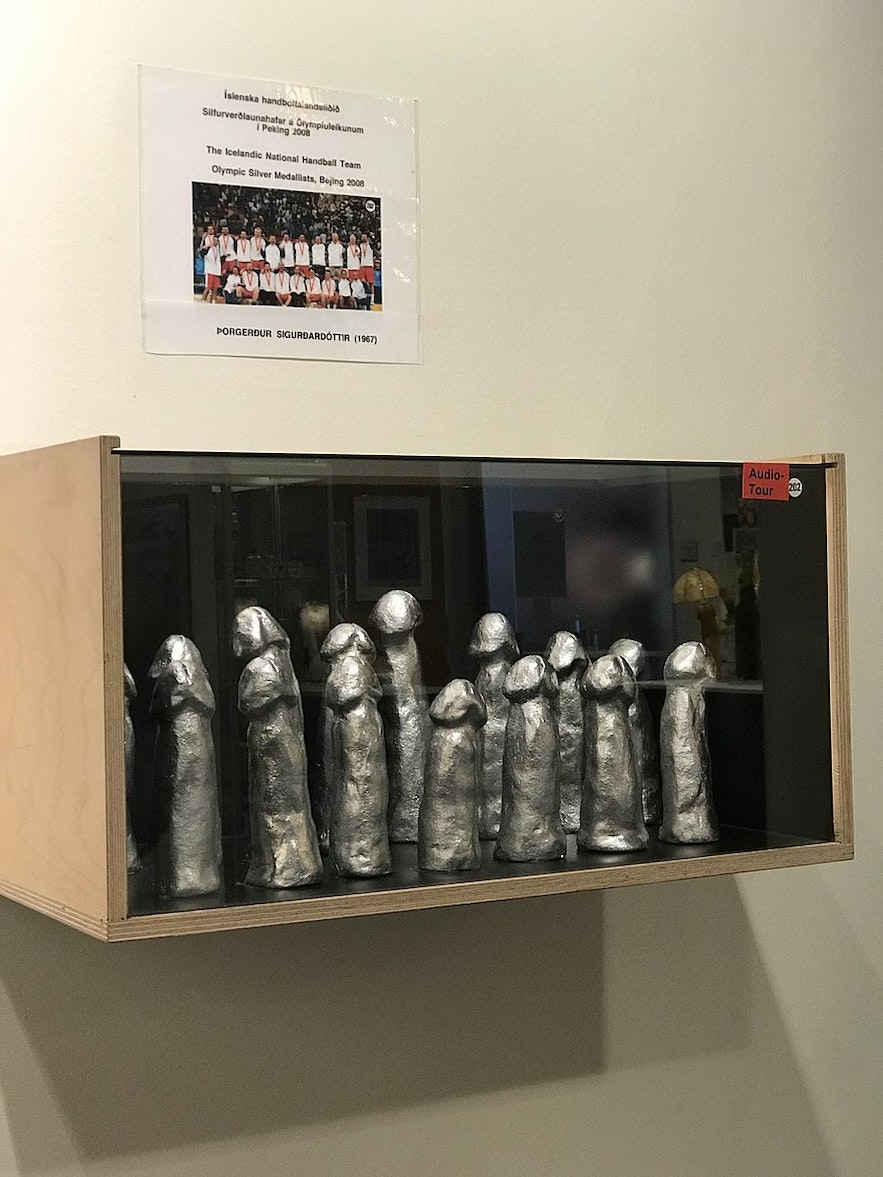 Photo from Wikimedia, Creative Commons, by Hiiamahuskey. No edits made.

Have you ever wanted to compare the penises of various Icelandic wildlife species, including seals, sperm whales and members of the National Handball Team (—no pun intended)? Then rejoice, for you are in incredible luck as the Reykjavik-based Icelandic Phallological Museum has you covered.

The museum was originally founded by the historian Sigurður Hjartarson, who opened the collection in Reykjavík in 2004 with 62 different specimens. The museum was moved to Húsavík in 2004, then curated by his son Hjörtur Gísli Sigurðsson, who moved the museum back to the capital in late 2011.

Now settled at its current spot by Hlemmur bus terminal, the museum has become an essential-novelty stop for anyone spending a few days in Iceland’s quintessential capital city. 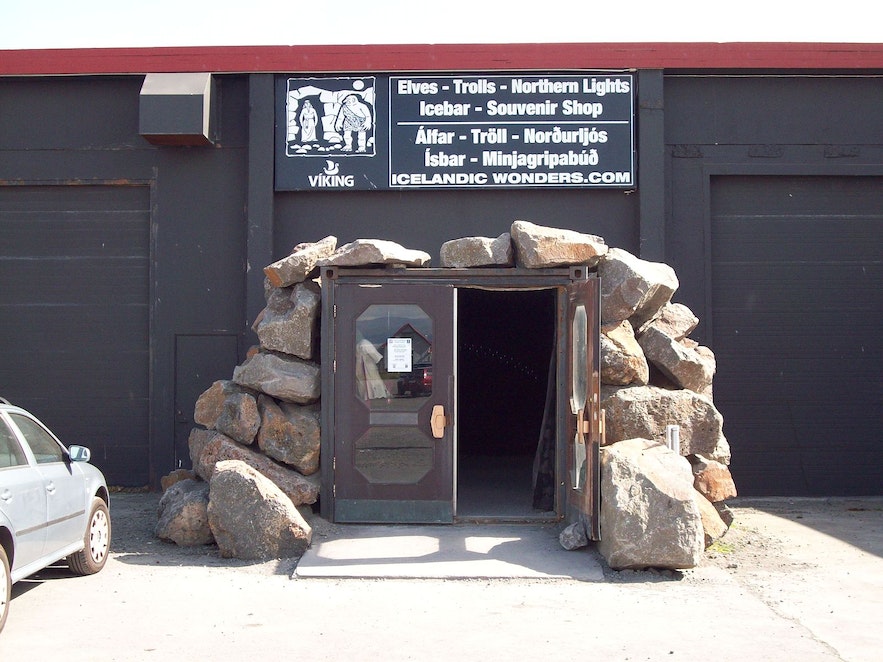 Photo from Wikimedia, Creative Commons, by Jóhann Heiðar Árnason. No edits made.

Expect a good few scares at the Ghost Centre in Stokkseyri, part of the Iceland Wonders museum.

Guests will walk through the ghost maze, all the while listening to creepy Icelandic tales of hauntings and possession. The maze itself is dark and authentically decked out with worn wooden barrels, dimly-lit lanterns and narrow corridors.

Actors dressed as supernatural creatures will hide in-wait for your group to pass, ready to jump out for a quick dose of horror! Because of this, the Ghost Centre may be too scary for very young children, though teenagers and the rest of the family will have an incredible and informative time. 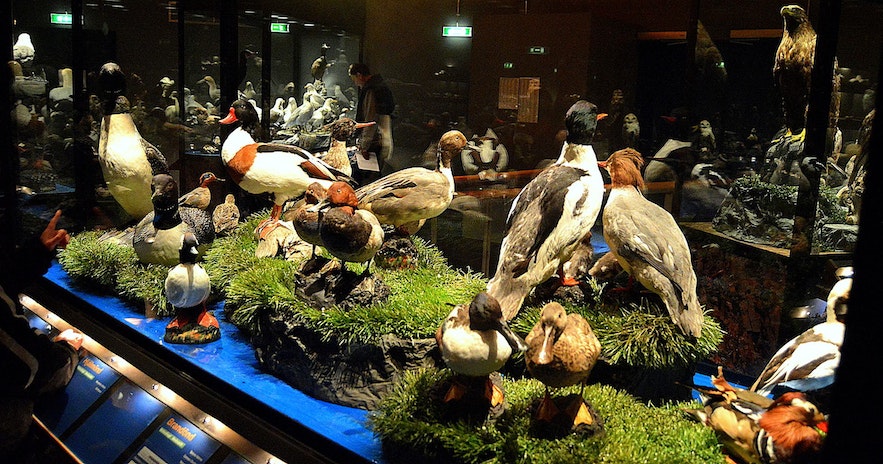 Sigurgeir's Bird Museum was opened in 2008 in the wake of the unfortunate 1999 death of collector Sigurgeir Stefansson. In the preceding years, he had been renovating a small shack into what-would-be his museum, though he always sought out a larger premises.

This dream was fulfilled by his family members, who successfully acquired one of Iceland’s most beloved examples of architecture. Visitors will note the turf-style construction that has been so prevalent throughout Iceland's history. The entrance to the museum even has a glass floor where guests can watch small fish swimming in the lake below.

The museum is approximately 55 kilometres, or 45 minutes drive from Húsavík. 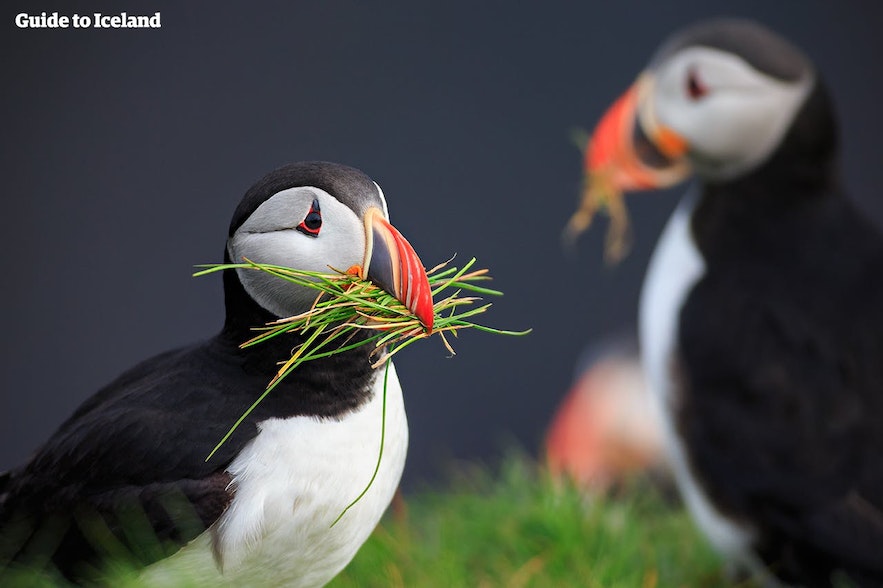 Birdwatching has always been a popular pastime in Iceland given the wealth of iconic species that live here. Take, for example, the Atlantic Puffin, which spends the summer season nesting in Iceland.

In point of fact, Iceland has the largest breeding colony of Atlantic Puffins in the world.

Despite its fame and beloved nature, the Atlantic Puffin is not Iceland's national bird; this role is taken by the Gyrfalcon, one of the larger bird of prey species.

A monument to a lifelong passion, Petra’s stone collection is exactly what it says on the tin, but also so, so much more.

Situated in a colourful, picturesque garden with stunning views of the nearby mountain peak, this museum showcases a rock and mineral collection that began in 1946 at the hands of local woman, Ljósbjörg Petra María Sveinsdóttir.

The majority of these stones were found at Stöðvarfjörður and other locations in East Iceland. The collection, situated in Petra’s own home, was opened for viewing in 1974, quickly becoming one of the region’s most popular tourist attractions.

Since 2015, it has been possible to purchase hot drinks, sandwiches and soup at the museum’s cafe, Kaffi Sunnó (June - September). The museum is open to visitors from May 1st to October 15th.

This long term project overseen by American visual artist, Roni Horn, has been located in the coastal town of Stykkishólmur, on the Snæfellsnes Peninsula, since 2007. Overlooking both the ocean and town, the Library of Water reflects Roni Horn's relationship with Iceland’s culture and nature over the years.

Primarily a sculpture space, guests will observe up to twenty-four columns filled with water from various Icelandic ice caps. Light reflects and refracts through these columns, creating stunning patterns across a rubber floor embedded with Icelandic and English words. These words and phrases change depend on the weather outside on any given day.

The first floor of the Library of Water is reserved for private artist and writer residencies, taken by accomplished practitioners from both Iceland and overseas. Admission fees cost 650 ISK for adults, 500 ISK for students and senior citizens and is free for those under 18.

The Nonsense Museum in Flateyri, the Westfjords, showcases the biggest collection of tiny little oddities, collected by those with a mania for amassing strange and pointless objects.

The museum is undoubtedly small, but is more than worthy of a visitor for those lucky enough to be travelling in the Westfjords. Given that Flateyri town has only around 180 year-round inhabitants, this museum is perfectly suited to adults and children alike.

Admission is 1000 ISK (700 ISK for senior and disabled citizens). Children under 12 can enter for free.

The Icelandic Punk Museum is situated in a renovated public bathroom at the bottom of Reykjavik’s major shopping street, Laugavegur. In its heyday during the early 1980s, Icelandic punk music made a cultural impact that has rarely been felt since.

Anti-establishment, deliberately raw, full of anarchistic anger and fresh creative energy, the movement would go on to birth some of the country’s biggest future stars, including Queen of Icelandic pop, Björk. Many of these traits are still apparent amongst Icelanders today.

Stepping into this compact little complex, guests will have the chance to read display boards—ripped papers lathered to the cubicle walls—as well as listen to the biggest bands of the era such as Purrkur Pillnikk and KUKL. Aside from this, lucky visitors will often have the chance to catch intimate guitar concerts during celebratory events in the city.

This collection is not focused on one particular object, but rather a variety of strange articles that seemingly have no relationship to one another. Visitors here will appreciate such unconventional items as decorative doorways and windows, tiny nails and screws, tools and pencil sticks, keys and home furnishings.

The collection was started by Sverrir Hermannsson, who was born 30th March 1928. As a master carpenter, Sverrir spent much of his career maintaining and rebuilding old homes in his native Akureyri, Iceland’s unofficial northern capital. Throughout his life, he was ever on the lookout for items others might have considered “junk” for his growing collection of odds and ends.

The museum is roughly 27 km south of Akureyri in the municipality of Eyjafjarðarsveit. The museum is open from May to September from 11:00 to 17:00 each day.

1 - The Museum of Icelandic Sorcery & Witchcraft, The Westfjords 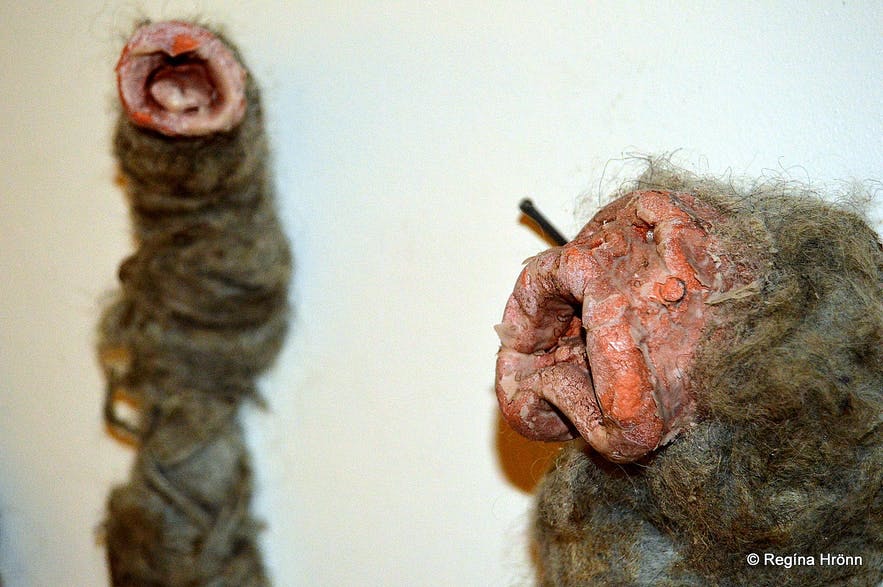 On the whole, Icelanders have a penchant for believing in unseen forces; witchcraft and wizardry, trolls and ghosts, curses and rune spells—all have their place in the ancient Sagas and have permeated folk tales for centuries.

Some modern Icelanders—particularly those who enjoy the feeling of a loose robe around their ankle—follow the pagan belief system of Ásatrú.

Thankfully, visitors can learn in-depth about these supernatural beliefs at the Museum of Icelandic Sorcery and Witchcraft, located in Hólmavík in the Westfjords. The museum attracts over 15,000 visitors each year, teaching them of the regional enchantments and rituals that have made the Westfjords famous as a centre for spell craft.

Particular highlights at the museum include exquisitely detailed rune-cravings and a pair of “necropants”—trousers made from the stripped skin of a man’s legs and genitals, used by witches and sages as a source of unlimited wealth.

We’ll avoid mentioning where the silver coins piled up, but let's say it provides a whole new meaning to the “Crown Jewels”.

What is your favourite weird museum in Iceland and why? Make sure to leave your thoughts and queries in the Facebook comments section below.