Shopping for Groceries in Iceland

Grocery shopping in Iceland may seem daunting, but this guide will tell you everything you need to know so you can get the best deals and food for your Icelandic adventure! Read on for our top tips, favorite stores, and stores to avoid.

A common concern for first-time and seasoned travelers alike is Iceland's high cost of living. It is true that compared to the US and many European countries, the prices in Iceland are high. They're comparable to other Nordic countries, and eating a meal in a restaurant in Reykjavik will set you back a pretty penny. However, there are ways that you can still enjoy Iceland on a budget, and smart grocery shopping is one of the main ones! 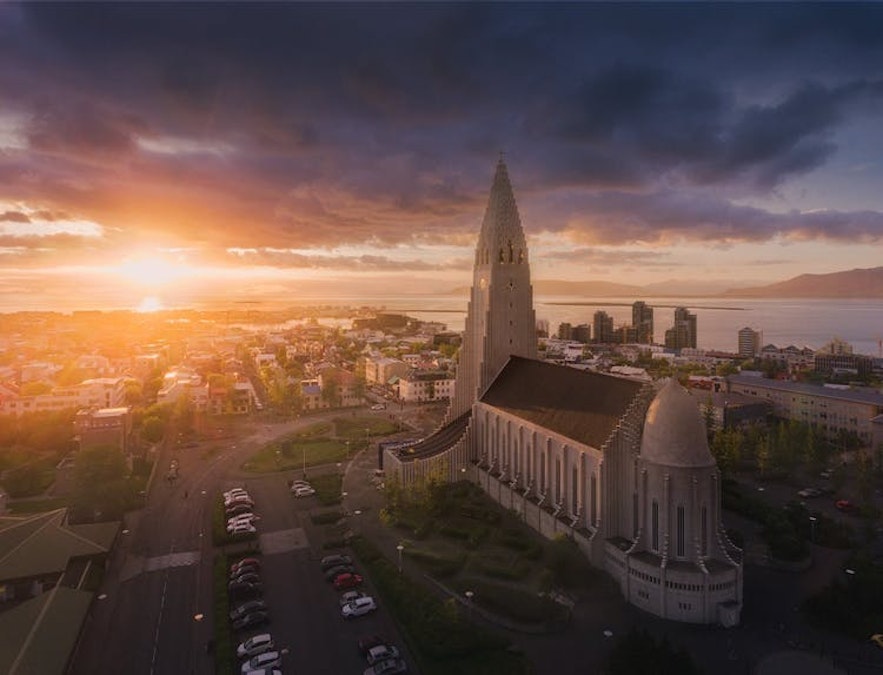 Reykjavik is home to a relatively large selection of supermarkets, varying in size, selection, and price, but the farther you venture from the capital, the more limited your options become. Planning and doing most of your shopping before you leave Reykjavik is helpful if you want to stick to a tight budget.

Some general tips for shopping in Iceland are as follows:

Most Icelandic grocery stores sell plenty of fresh fish, meat, fruit, and vegetables, but the rule of thumb is that the cheaper the store, the lesser the variety. The upscale stores make up for what the budget stores lack in selection and service by adding to the price.

The main exception, as will be covered in more detail later in this article, is the store 10/11. It's both expensive and lacking in range.

In this day and age, travelers to Iceland and locals alike are increasingly concerned about the origins of their food. Many fresh fruits and vegetables are locally grown in heated greenhouses, harnessing the abundant geothermal energy that Iceland is well known for, and livestock is mostly free-ranging.

Vegetarian and vegan diets are increasingly popular in Iceland, so many supermarkets and restaurants cater to such diets. It is not difficult to find a wide array of fruits or vegetables when shopping at the leading supermarket chains.

However, those seeking kosher or halal food might have a little more work ahead of them, so keep this in mind when planning your trip. The supermarkets Kronan, Bonus, and Netto, carry some kosher and halal products, though kosher and halal meats will be more challenging to find. 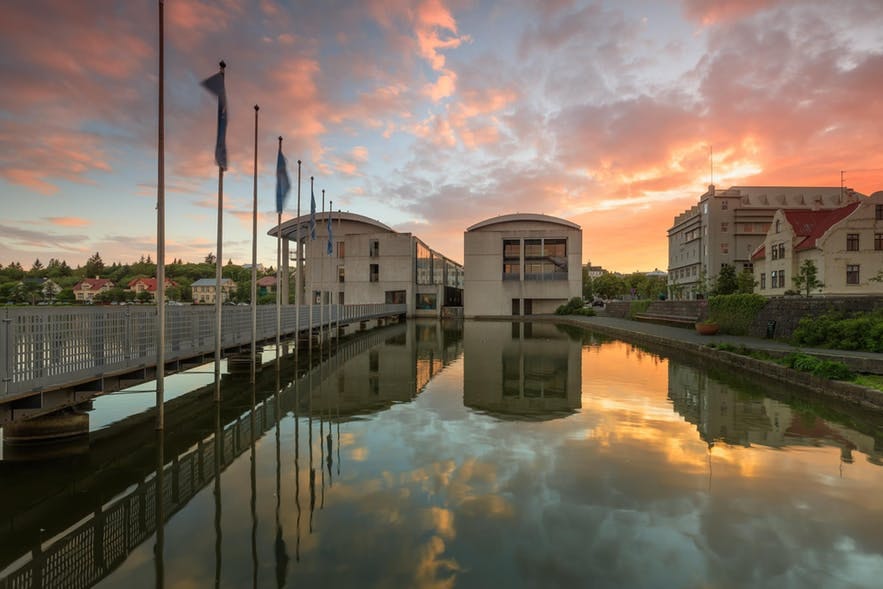 Iceland is an incredible country to vacation in, but it is well-known that it can be expensive. Smart travelers, however, can minimize the impact on their wallets by researching the cheapest places to buy groceries before arrival.

You can save hundreds of dollars by purchasing your food at the locations listed below rather than spending at expensive restaurants or pricy supermarket chains that target unknowing visitors.

The supermarkets that offer the lowest prices do have some downsides. Budget supermarkets might have fewer staff members, meaning lines can be longer. It can also be more challenging to find help if you need it. Though, with the recent implementation of self-checkout lanes, paying for your products has gotten much quicker.

A good tip is to use your translation apps or memorize the Icelandic words for some of the most common items you might purchase. This will shorten the time you spend shopping and thus increase your time enjoying Iceland.

Top Self Drive Tours in Iceland

Operating around 30 stores nationwide, Bonus is the most visible supermarket in Iceland.

Due to minimal customer service, a raw warehouse interior, and the conglomerate's market share size, Bonus can underbid all of its competitors. Surveys almost always find it to be Iceland's cheapest grocery store.

Bonus stores are open on weekdays and weekends, identified by a yellow banner showing a chubby piggy bank. They close earlier than most supermarkets, usually at 18:30.

Street addresses of Bonus in Reykjavik:

Kronan is slightly more expensive than Bonus but offers a considerably larger variety of food items, including an impressive selection of organic and preservative-free groceries.

Kronan runs around 20 stores nationwide, open from morning to evening on weekdays and weekends. They usually close a little later than Bonus, at 20:00.

Street addresses of Kronan in Reykjavik:

Iceland is a British supermarket chain focused on frozen goods while still having a decent selection of essential food items. The supermarket opened in 2012 and currently has five stores, all located within the Capital Region.

In 2019, an EU court ruled in favor of Iceland (the country) being allowed to use the name 'Iceland' for marketing purposes. It should be mentioned that Iceland was given in its name in the 9th century, about 1000 years before the supermarket chain was established.

Trademark disputes aside, some people might get a kick out of being in Iceland in Iceland while shopping for food.

Street addresses of Iceland in Reykjavik;

Iceland's mid-range supermarkets are great for travelers looking for various items, which often extend beyond foodstuffs. They can also be an excellent option for picky eaters, as they are far more likely to have products from home than the stores at either end of the price range.

An extensive range of goods, from cheap clothes and cosmetics to a large selection of food items, makes Hagkaup Iceland's only chain of upscale hypermarkets. The interiors often feel more like a mall than a simple store.

The food prices are considerably higher than at the budget shops, but most branches are open until midnight for convenience, except the one at Kringlan mall.

Street addresses of Hagkaup in Reykjavik:

Netto is a combination grocery and department store home to an interesting array of everyday items, ranging from wool to kitchen utensils and relatively cheap groceries.

The stores are open both on weekdays and weekends. Many are open 24 hours, making Netto the country's best place to buy Icelandic yarn should you run out in the middle of an all-night knitting marathon.

Street addresses of Netto in Reykjavik;

Iceland's supermarkets on the more expensive side are numerous, conveniently located, and inviting, with glowing signs and English labels. They often create an unpleasant surprise for the wallets of unsuspecting tourists. If you are traveling with little concern for budget, they are fine for a quick snack or a pre-made meal. For those on a more careful budget avoiding the stores below is advisable.

While incredibly convenient and easy to find in downtown Reykjavik, shopping in the bright green 10/11 stores will add at least 50 percent to your grocery bill. It's well-known that these convenience stores are the most expensive places to shop in Iceland while offering a somewhat limited selection.

The 10/11 stores tend to alter their electronic price tags at night, increasing the prices of their already overpriced assortment of food by an average of eight percent every evening. However, for travelers who have perhaps just returned from a northern lights tour and are just looking for a quick snack, they will prove convenient as most are open 24 hours a day.

Street addresses of 10/11 in Reykjavik:

With over 21 stores located around the country, Krambudin is the main competitor of 10/11 when it comes to convenience and long hours. These stores usually have a good location but a moderate selection, focusing on ready-made meals, essential food items, and bread and pastries, which are freshly baked in the morning.

Krambudin stores open early in the morning and close at 23:30. They are open on weekdays and weekends. The prices are usually slightly cheaper than 10/11, but they don't boast the 24/7 opening hours.

Street addresses of Krambudin in Reykjavik:

Melabúðin, Pétursbúð, and Kjötborg are some of the last corner shops left in Reykjavik, remnants of a time when most of the shops were these family-owned stores and customers had a much more personal experience.

Each shop has a charm uniquely of its own, with friendly personal service and an authentic atmosphere. Of course, by necessity, they are more expensive than most supermarkets (although not 10/11), but shopping at one is excellent for the local economy and readily justifiable for those with a bit more money to spare.

Should you long for sincerity, fair trade, and a glimpse into Iceland's economic and cultural history, you would do well to take your business to the endangered species that is the Reykjavik corner shop. 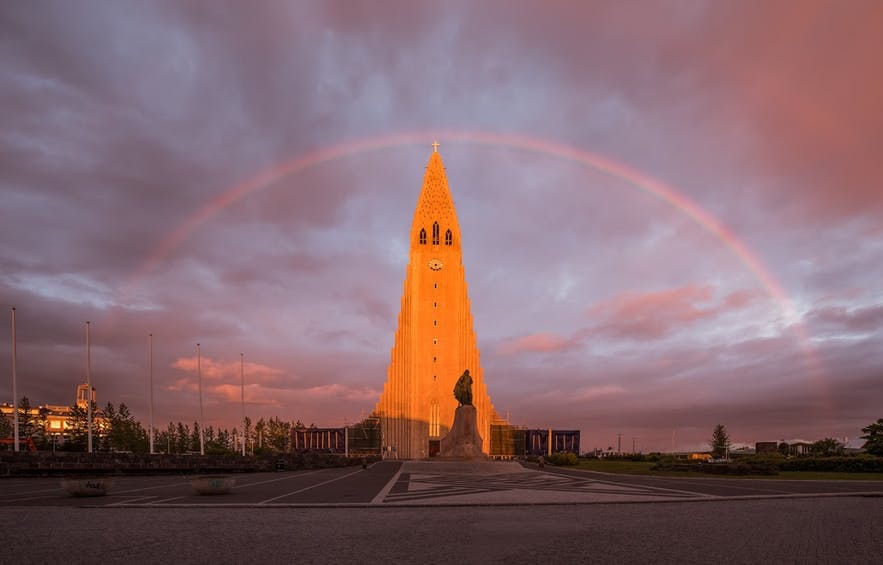 Did you find this guide to grocery shopping in Iceland helpful? Where did you purchase your groceries, and did you find them expensive? Did Iceland's supermarkets cater to your tastes? Let us know in the comments section below.