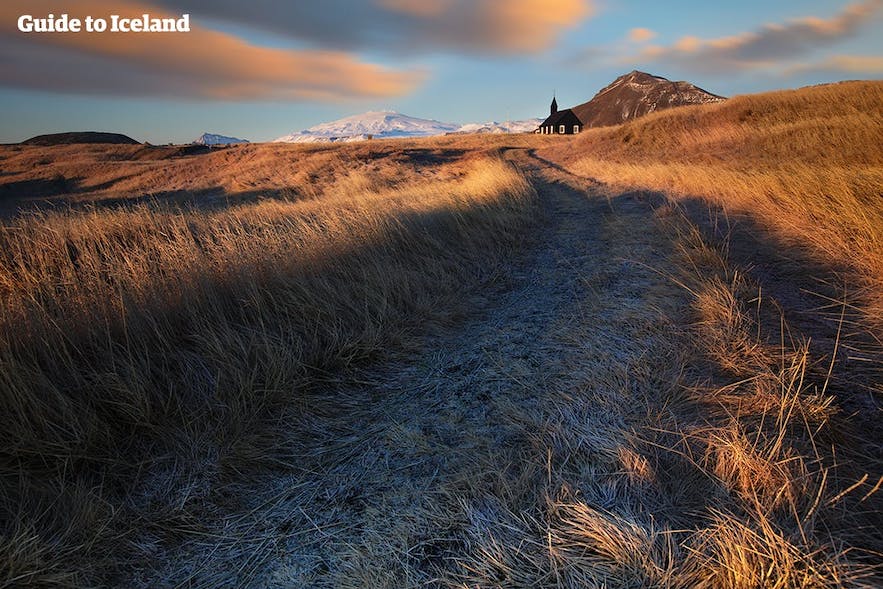 Snæfellsjökull National Park is found on the tip of the Snæfellsnes Peninsula and is one of three National Parks in Iceland. It is named after its crowning glacier and volcano.

Explore the wonderful diversity of landscapes in this region on a tour of the Snaefellsnes Peninsula.

Established in 2001, it is neither the oldest nor the largest National Park; those honours go to Þingvellir and Vatnajökull respectively. Within its borders, however, it has a wealth of sites for visitors to enjoy.

Snæfellsjökull National Park’s main feature is obviously the sub-glacial volcano Snæfellsjökull. This twin-peaked phenomenon is at the tip of the peninsula, and visible across Faxaflói Bay from Reykjavík on clear days.

It has inspired artists and writers for centuries. Most famously, it was the primary setting for the Jules Verne novel ‘A Journey to the Centre of the Earth’ and the Halldór Laxness novel ‘Christianity Beneath the Glacier’. Beyond its inspiration to artists, the site also provides adventure to thrill-seekers; it is a popular place for both glacier hiking and super jeep tours.

Another feature within the National Park is the Buðahraun lava field, which encircles the glacier. This moss-coated terrain gives the area a haunting, otherworldly air, especially when grey or snow-coated in the winter months.

The coastline is also worthy of some time sightseeing; the beaches of Djúpalónssandur and Skarðsvík have fascinating geology, beautiful seascapes, and interesting histories. The Lóndrangar basalt fortress, however, is perhaps the most dramatic and picturesque example.

A final feature of the National Park is its lava caves. While most of these are inaccessible, you can take tours into Vatnshellir throughout summer.

Snæfellsjökull National Park is adjacent to Arnarstapi and Hellnar on its south, and Hellissandur and Ríf on its north, all historic fishing villages that have managed to preserve the old culture of the peninsula when it was Iceland’s trading hub. All four of these settlements have options for accommodation.

Within an hour of driving, it is possible to reach many other sites of Snæfellsnes. These include the second most defining mountain on the peninsula, Mount Kirkjufell; Ytri Tunga, a seal-watching beach; and Rauðfeldsgjá, a mightily impressive gorge that slices into a mountainside. 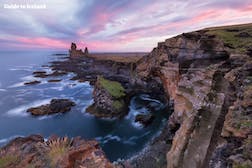 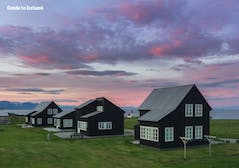 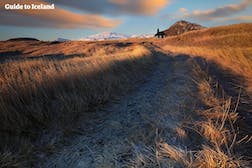