Árstíðir is a six-piece Icelandic folk band from Reykjavík with a sound unique to the Icelandic music scene. Be sure to catch them playing live in Reykjavík or abroad at one of their many international tours.

As a classically-influenced indie band from Iceland, Árstíðir claims their music comes from the very heart of their country. In the midst of auto-tuned pop divas and electronic hip-hop acts, such romantic folk music is, to some, a breath of fresh mountain air into the Icelandic music scene. 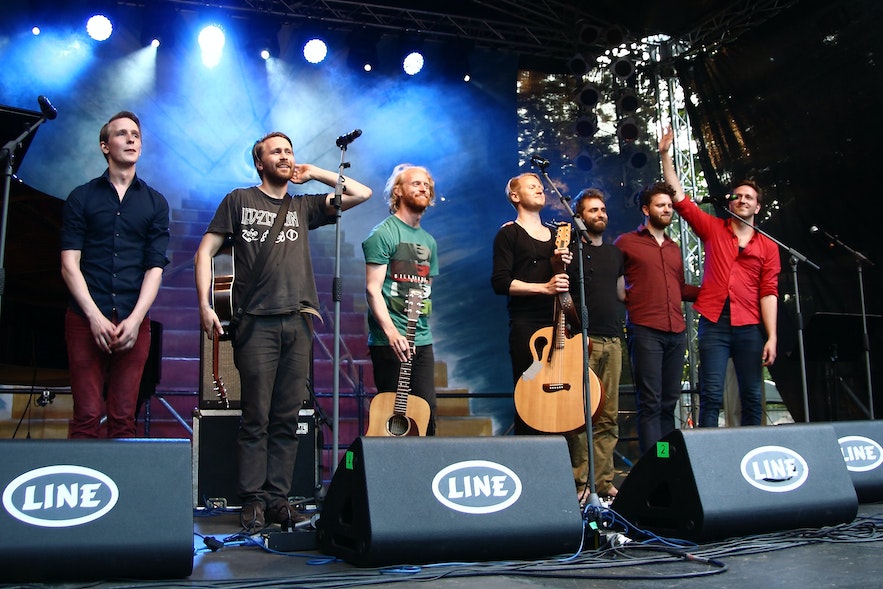 Photo from Wikimedia, Creative Commons, by Schorle. No edits made.

Árstíðir has a special sound, sometimes classified as chamber pop music, but there's no need to categorize these six guys as anything else than talented musicians. Their vocal harmonies and string instruments make any concert you see a relaxing, even hypnotizing, experience. 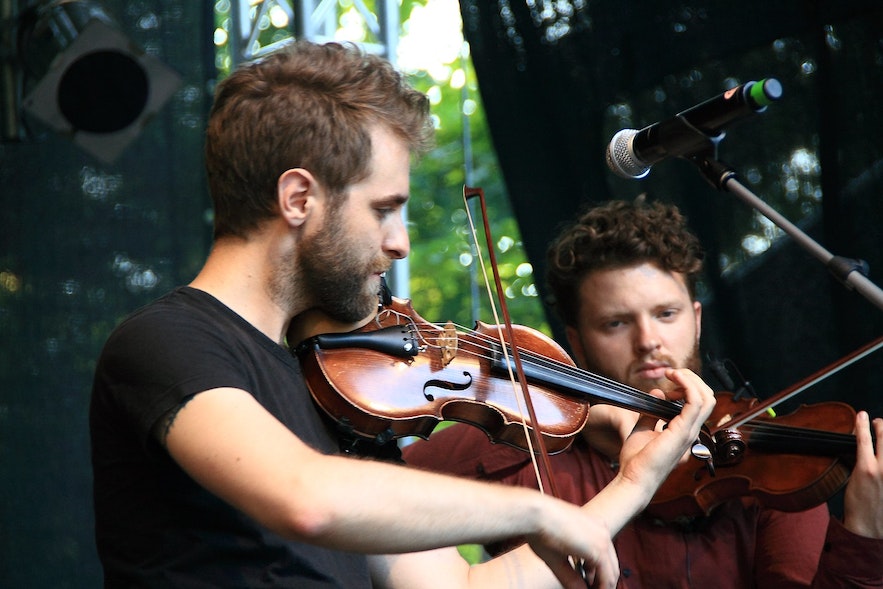 Photo from Wikimedia, Creative Commons, by Schorle. No edits made.

Not only do they all play an instrument, but each and every band member sings. One can easily fall in love with the magical vocal harmonies, as well as the complex mix of rock, indie, classical chamber and Icelandic folk sounds heard in their songs.

Only a few months after these boys started their band, they had two number one hits on Icelandic radio stations. They released their self-titled debut album in 2009, and their second album Svefns og vöku skil came out approximately one year later. It was produced by the internationally acclaimed Ólafur Arnalds―a BAFTA-winning instrumentalist and producer―and was recorded at the legendary studio of Hljóðriti. 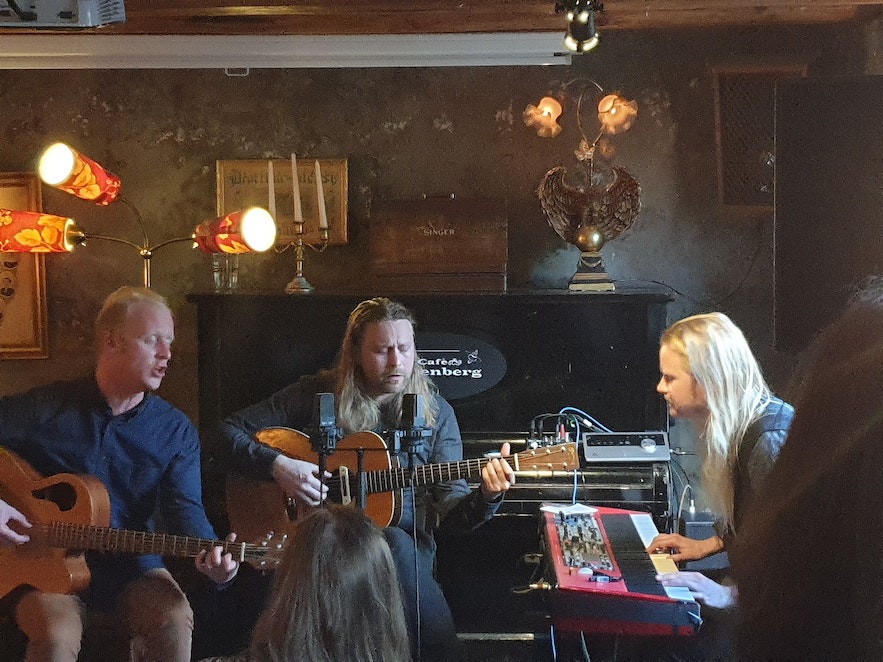 Photo from Wikimedia, Creative Commons, by Beserkur. No edits made.

After a four-year hiatus, the band then released two additional studio albums in 2015 and 2016, called Hvel and Verloren Verleden, the latter of which was made in collaboration with Dutch progressive rock artist Anneke van Giersbergen.

As for their music videos, they are a stunning display of Iceland's raw natural forces.  If you like Iceland's black sand beaches and haunting beauty amidst a volcanic terrain, be sure to check out the video for the song Á meðan jörðin sefur from their remix EP album Tvíeind. The title translates to 'while the Earth sleeps'.

Árstíðir have been touring a lot internationally, with sold out venues in more than ten countries. In 2012, they toured for five months across central Europe, the Baltics and Russia, where they have their biggest fan base. The band was also awarded the 21st Eiserner Eversteiner European folk music award in Germany.

Where to Hear Arstidir's Music

For up-to-date information on their tours, check out their webpage. You can often catch them playing live in Reykjavík at the venues Kex Hostel and Café Rosenberg.

If you like what you hear, you can purchase their albums here on their Bandcamp page. You can also follow them on their Facebook page for regular updates, tour dates, live shows and general appearances.

In 2013, Árstíðir went viral with a recorded video of an impromptu acapella performance of an old Icelandic hymn called Heyr himnasmiður. The boys sang in harmony at the Bürger Bahnhof train station in Germany, much to the joy of German commuters.