You keep hearing all the wonderful things about Iceland and reading top lists of all its amazing attractions and attributes. But what are some of the worst, most annoying things about Iceland? What do the Icelandic people dislike, loathe or despise when it comes to their own culture?

We at Guide to Iceland decided to come up with a list of the 10 worst things about our otherwise celebrated country. To be honest, I’m a big fan of Iceland, and became an even bigger fan the longer I spent away from it, so this was not an easy list to make.

To provide you with the opposite, I’ve also made a list of 10 amazing Icelandic things that locals take for granted - take a look and tell us which is more up your alley.

But if you really want to know what I think are the worst things about Iceland, keep reading for my list of the top 10 of our most horrid vices and bothersome traits.

Iceland is a small and isolated country at the very edge of the Arctic, where the weather is volatile and hardly anything grows. The country has always been avid in their producing of lamb, seafood, dairy and root vegetables, but pretty much everything else has to be imported.

The imported goods include near-all fruit, alcohol, soft drinks, international clothing brands or design brands, household items, electronic goods, machinery, building materials, luxury items, furniture—the list goes on. And even though we might get a little bit of every kind of product, these are far from varied since the demand is so easily met due to our limited number of residents.

The best selection is found in Reykjavík, but as soon as you leave the capital, the goods you're looking for become incredibly scarce. The variety of international food is, thankfully, exceptionally good, considering how small the country is. There are Indian, Mexican, Chinese, Italian, Vietnamese, Turkish, Korean, Japanese and even Ethiopian restaurants—but so far, sadly, no Dim Sum.

With such a small selection of products, particular commodities will become fashionable to the extent that seemingly everyone needs to own the same thing. Eventually, that thing will sell out, leading to complete mayhem on the streets. People strive to look different, but most of the time they just end up copying one another so that eventually, everyone looks the same—and the cycle begins again.

At one point, everyone dressed in ‘kraftgalli’—a dark blue overall (the most sensible fashion trend there ever was), then everyone had a pair of Buffalo shoes (both guys and girls). In the 80’s, everyone had to own a foot massage machine, then a SodaStream, and in 2014, an Omaggio Vase. And in 2016—well, you see where this is going.

It’s just such a small community, that when a trend catches on, it catches on quickly and on a nation-wide scale. Also, you don’t want to miss out and be the only person that doesn't own the latest trend, do you? 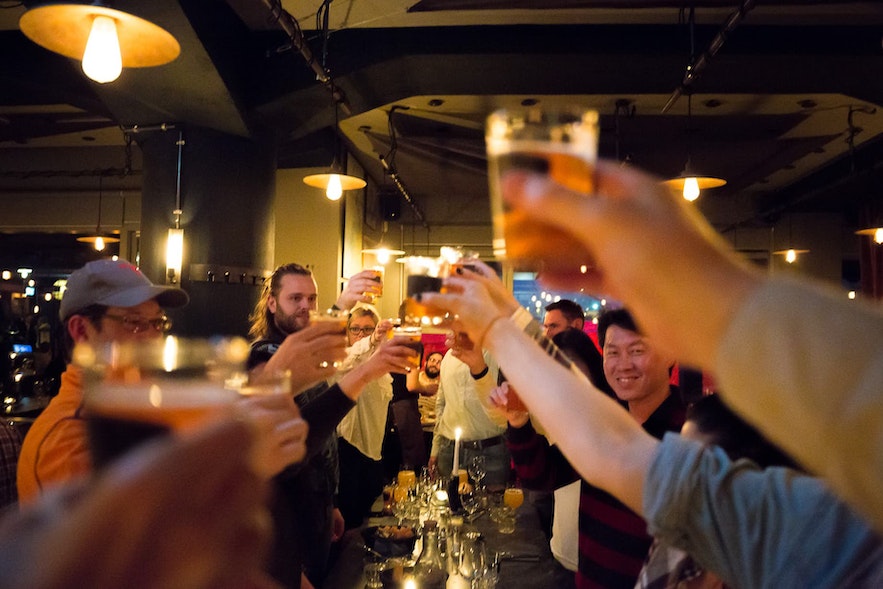 In Iceland, if you've had a long, hard day and you’d like to drown your sorrows or numb your senses with a nice, cold beer—or even crack open a bottle of wine—then you’d better have planned that instinct well in advance.

If the clock has reached the very Christian hour of only 6 pm, your only option is to get your alcoholic fix at the nearest bar or restaurant, but for five times the regular price.

Sale of alcohol in Iceland is limited to the state, meaning it's only sold in the state-run liquor store known as ÁTVR. All the same, taxes keep piling on to their prices, which means you can get your fix most cheaply in the Duty-Free shop at the airport. So, upon arriving in this fair but afternoon-booze-deprived country, stock up!

7. You Can’t Disappear Into the Crowd 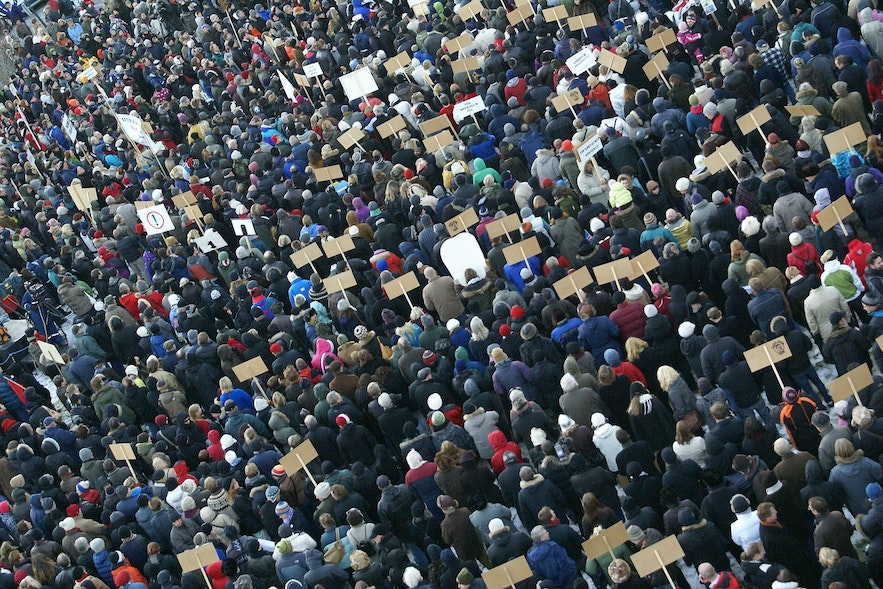 The population is small. Very small. More exactly, only 330,000 people have permanent residency in the entire country. Outside Reykjavík, the communities are extremely tiny, but even within the capital, seemingly everyone knows something about you (or they can find out easily).

If you ever feel like letting your hair down, you won’t really be able to because your mum’s best friend’s brother might see you—and tell his cousin, who happens to be your best friend’s dad, all about your drunken escapades. Or if you write a book or a play/release a song, but it gets awful criticism—everyone will know about it, and you can’t just pretend it never happened.

Or, if you go on a blind date, there’s a good chance that your date may be a) related to you; b) someone that lives in your building (meaning awkward encounters in the hall if it doesn’t work out); or c) that weird guy/girl from school that really fancied you when you were in 8th grade. What happens in Iceland, stays with… pretty much everyone in Iceland. No wonder people like to go on their holidays abroad!

6. You Can’t Avoid Anyone 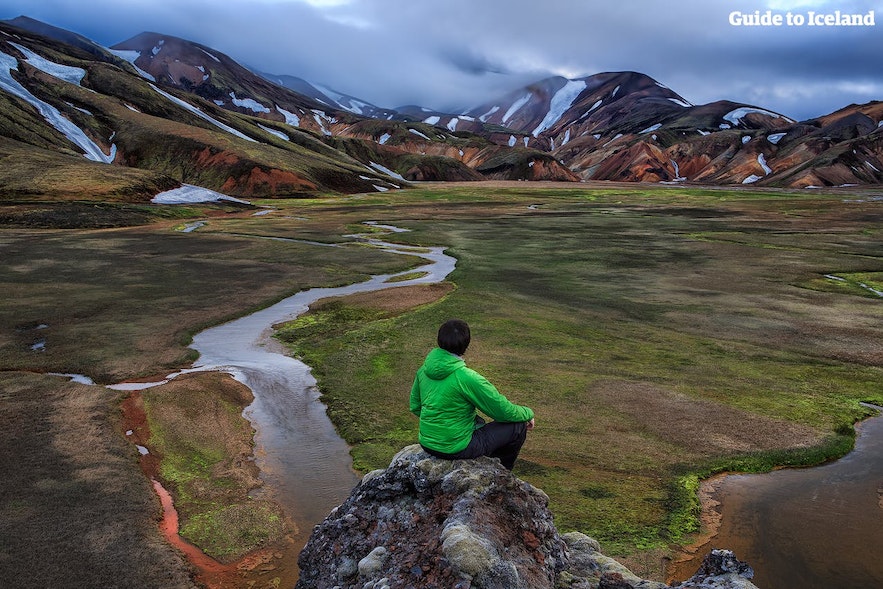 Another annoying thing about the small population is that no one ever disappears out of your life completely. On one hand, it can be really nice to go outside and bump into a few friends or acquaintances wherever you go.

But on the other, it can be quite annoying if you keep bumping into your former boss that fired you, or your ex with his/her new partner and kids (and somehow you always look terrible when that happens) or that weirdo that’s somehow related to you, but you never remember how and he/she just won’t shut up about their new business venture.

You know those unwritten rules about not hooking up with your best friend's ex-flame or one of your sister's classmates? In Iceland, that doesn't really apply since there are so few people around, that everything and everyone must be shared. That doesn't make those incidents any less annoying though, but this is Iceland, so you simply have to suck it up, even after you've broken up! 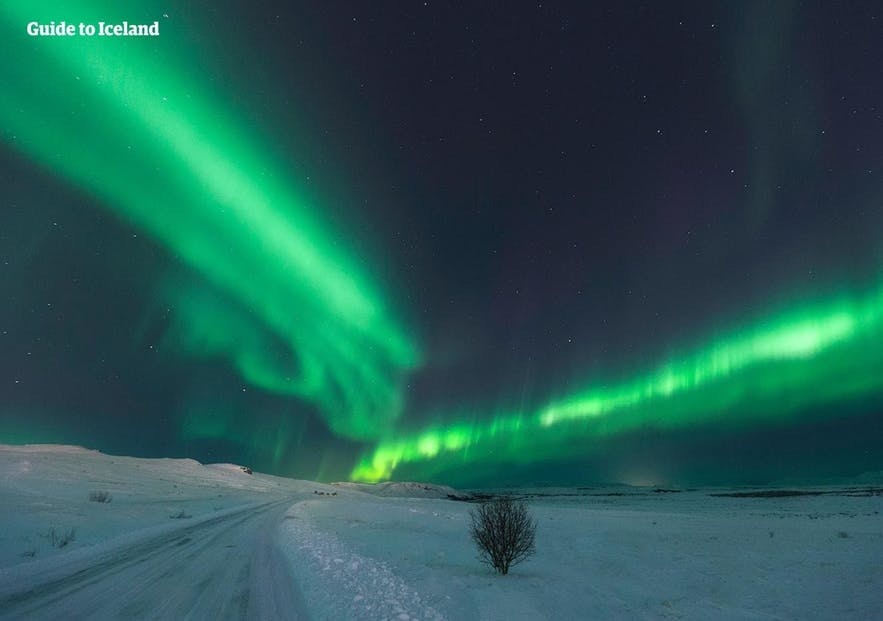 People that live in such a small and isolated country naturally feel like getting away from it from time to time. But as Iceland is an island in the middle of the Atlantic Ocean, far away from the rest of Europe's mainland, you can’t just hop on a train or go on a road trip to escape the clutches of your home base.

You will either need to sail from Seyðisfjörður in the East to Scotland or Denmark, or use the more popular option and book a flight abroad.

Icelandair, Wow Air and EasyJet all operate regular flights between Iceland, USA and Europe, among a number of other airlines. But flying anywhere is always pretty expensive, somewhat limiting your options, making many locals feel stuck in Iceland. 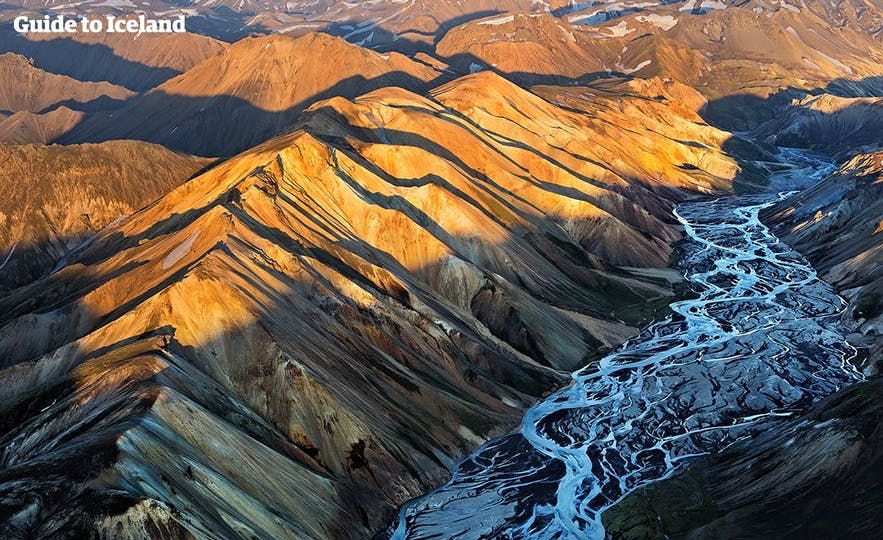 Whenever the sun does make an appearance, it’s a specific Icelandic trait to want to make the most of it. By making the most of it you should be outside, meet friends, eat ice-cream, hike a mountain, take the kids for a swim, clean the car, throw a BBQ, go for a bike ride, take lots of smiling selfies in your cute summer outfit—and preferably all at the same time.

If you somehow fail to do all of these things (or any of them), you’ll feel the dreaded sun guilt. People will say “Wow, the weather was amazing yesterday; sun, no wind and 8°C! I tidied the entire garden and planted new herbs and then had a dinner party for 12 people on my balcony in the evening sunshine, what did you do?”

And then you feel like such a failure of a human being when you answer: “I was so hungover that I woke up late in the afternoon and just watched Disney movies in the evening until passing out...” 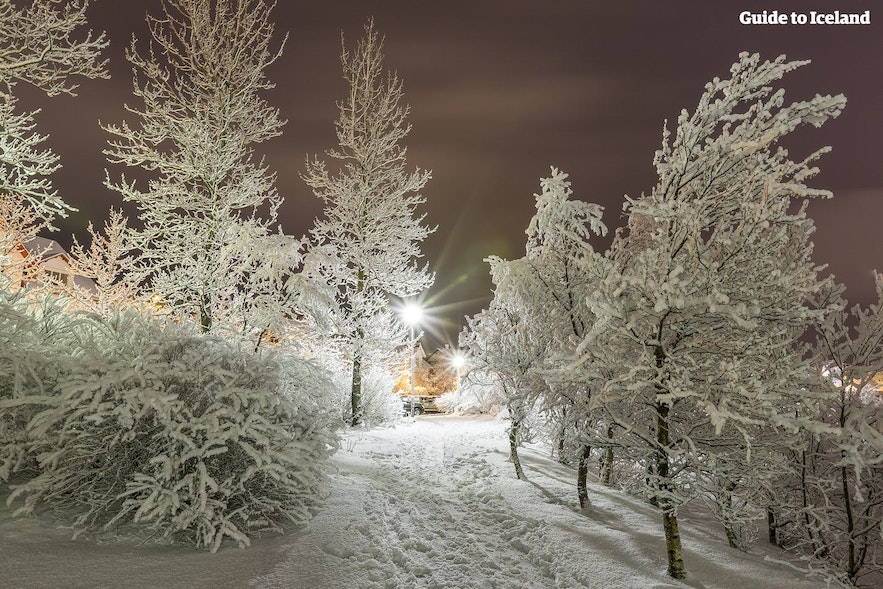 Okay, in this section I could have put the taxes, the bankers, the currency, the politics, the snow, the storms, housing shortage, tourism or a dozen other things.

But, truthfully, I’m beginning to find the constant complaining about things more annoying than the things themselves. Sure, a string of issues aren't great and they need to be addressed for them to change, but sometimes it feels as if the Icelandic people just love to complain. About everything, really.

The silliest thing is that people love to complain about is the weather, but it's not like there's anything to be done about that!

If I'm allowed to complain a little bit; Icelandic politics have really started to wear Icelanders out. There was a massive financial collapse in 2008 when people rioted and brought down the leading political party. Then, they assembled a brand new one, (that did pretty well), only to re-elect the party that was responsible for the crash a few years later.

The new constitution, that actually got written by an official assembly, somehow didn't get approved by the government, and all change that seems to appear on the horizon just gets swept under the rug, time and time again.

And don't even get me started on the Panama Papers. In Icelandic politics, it seems corruption has become the norm, and the people are becoming numb to it all. Those in charge just keep on hiring their family members and friends for important positions, allowing the corruption to continue and giving the nation an endless array of things to complain about.

1. The Weather (Especially the Wind)

The weather has to top the list. No matter how much complaining Icelanders do about the politics, the housing situation or state finances—they always complain more about the weather.

Although snowstorms can be fun, when you don’t need to go outside and can cuddle up indoors with hot chocolate and a movie, they become slightly frustrating when they happen on a daily basis—as they do some winters.

It’s also a little annoying waking up to bright sunshine, dressing accordingly, then leaving the house to find out it’s raining. So, you go back in and put on a raincoat and wellies, go back outside but now it’s boiling hot, but you decide to wear the raincoat just in case it rains again—but lose the wellies, which isn't good because later in the day it’s started to snow. Just your typical autumn day in Iceland!

Bright point about the (sometimes) awful weather is that people are very appreciative those few days a year when the weather actually is nice. Maybe a little too appreciative (see section 4 about the sun guilt). Don't be too put off by the winter weather though, as in between the nasty storms we get calm and lovely days, and come nightfall, possibly an appearance from the Northern Lights!

All examples made in this article are fictional and not arrived at from a personal experience. I’ve never been on a date with a relative or anyone that lives in my house, I have a great relationship with all my exes and always look like I just stepped out of the cover of Vogue whenever I bump into them. I like Icelandic food and actually, I love the Icelandic weather.