Check the wide array of hotels and guesthouses available in lovely Laugarvatn. Enjoy the beautiful mountain view and relax in the famous geothermal pool by the lake

The best hotels & accommodation in Laugarvatn 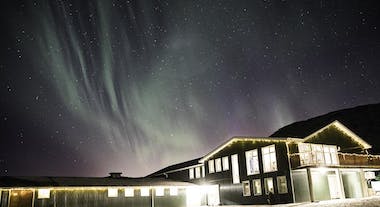 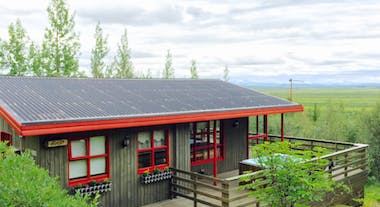 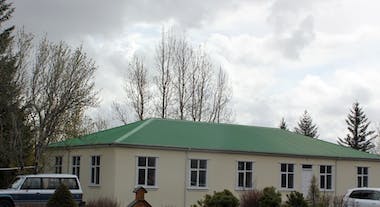 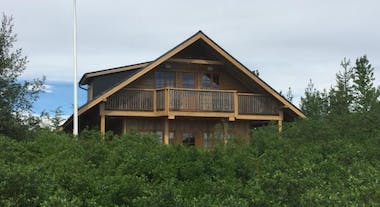 The Nest Cottage Reykjaskogur with an Outdoor Hot Tub 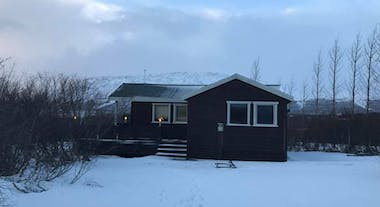 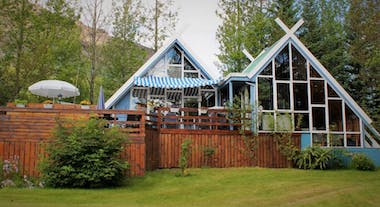 Hotels & places to stay in all the top cities in Iceland

Popular types of accommodation in Iceland 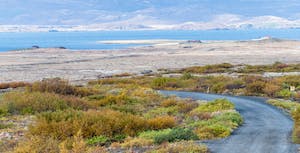 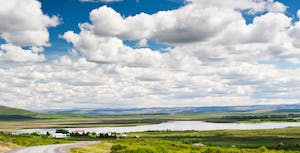 What popular attractions are close to hotels in Laugarvatn?

Laugarvatn is a small village of around 200 people by the lake of the same name. It is best known for being a detour on the famous Golden Circle. Laugarvatn is very close to the three main attractions of this popular route, which are the historic Thingvellir National Park, the always active Geysir geothermal area, and the breathtaking Gullfoss waterfall.

What part of Laugarvatn should I stay in?

The best part of Laugarvatn to stay in is by Route 37 that goes through the village, there you can find a supermarket and a gas station for your convenience. There's also just a short walk to the scenic lake from which the settlement draws its name.

How far is Laugarvatn from Reykjavik?

Laugarvatn is located in southern Iceland and it is around 56 miles (93 kilometers) from Reykjavik. It takes about one hour to reach the village from the capital city.

What can I see and do in Laugarvatn?

Laugarvatn is a popular summer destination, surrounded by hills, lava fields, lush countryside, and a small forest, so it's the perfect place to stay to explore Icelandic nature. It also has a geothermal spa called Laugarvatn Fontana where you can relax in the swimming pool and enjoy the three steam rooms. You can also visit the beautiful and shallow Lake Laugarvatn, where boats and watersport gear can be rented in summer.

How wide is the offer of hotels in Laugarvatn?

Laugarvatn has a boarding school that functions as a popular hotel in the summer. There are also a number of guesthouses, hostels, rental apartments and cottages in the area. Laugarvatn offers basic services such as a gas station, shops and restaurants, and is a highly popular destination throughout the year.

What is the best hotel in Laugarvatn?

The best hotel in Laugarvatn is the historic Heradsskolinn Guesthouse which has a rating of 4.5 out of 5 stars from 313 travelers. Established in 1928 as a school that served as a guesthouse during the summers. A frequent guest during summers was Iceland's only Nobel laureate, novelist Halldór Laxness, who made use of the serene environment as inspiration for his writing. The building was designed by architect Guðjón Samúelsson who also designed the famous Hallgrimskirkja church in Reykjavik.

Aside from its historical significance, the interior was re-designed to modern standards in 2003. The hotel offers a wide range of rooms, from dormitory rooms for budget travelers to Double Deluxe rooms for travelers who crave more comfort. Conveniently located next to Laugarvatn Fontana where visitors can end their day of exploring southern Iceland by relaxing in a sauna or geothermal pool.