Can you imagine flying over Iceland like a bird? How readily available are aerial sightseeing flights in Iceland? What attractions and regions do these flights visit? Read on for everything you ever needed to know about airplane sightseeing in Iceland.

There are few locations on earth so dramatic, so awe-inspiring and packed with natural beauty that the only real way of seeing such a landscape is from the sky. Fortuitously, Iceland not only stuns and staggers from ground level but sets the precedent when it comes to rewarding aerial sightseeing.

Just when you thought Iceland’s nature couldn’t become any bolder.

Have you ever flown to a new country and found your nose pressed to aircraft window glass in order to catch that first glimpse of the land? Things are a little distorted, perhaps too dark, or just not positioned at the right angle for any satisfying look. For many, this is the closest they will ever come to “sightseeing by the air”, a generally poor attempt at something that, when done correctly, defies the imagination.

Well, consider yourself lucky—there are sightseeing tours in Iceland designed specifically for travellers looking to take their sightseeing to an entirely new level. Don’t be in any doubt that these flights will blow your socks off—figuratively, that’s what they’re designed for!

Considering that aerial sightseeing is thought of as something of a V.I.P. experience, many travellers to Iceland are not aware of the possibilities, benefits and details associated with it. Thankfully, Guide To Iceland is here to answer the most commonly asked questions about “flightseeing in Iceland”.

You’ll notice the Fasten Your Seatbelt sign is on.

What Are The Benefits Of Aerial Sightseeing? 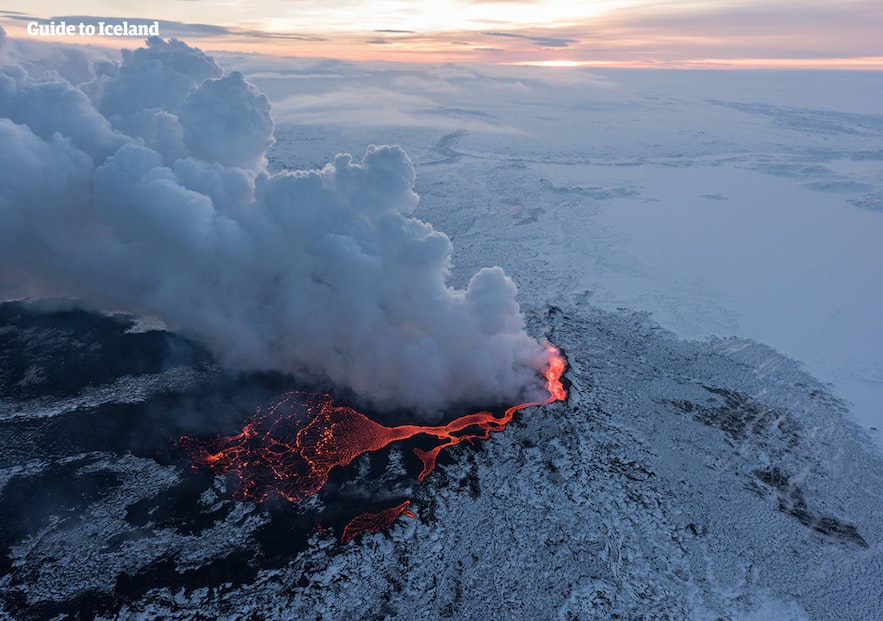 One of the great benefits of aerial sightseeing is gaining a true insight into Iceland’s stark contrasts. They call this country “The Land of Ice and Fire”, after all, a name that makes a lot of sense once you’ve seen the lava-filled crevasses of Holuhraun, once glowing orange through cracks in the snow.

Sightseeing from the air truly reveals what a master artist Mother Nature can be. With thick strokes of her brush, she has decorated this island will spiralling blue rivers, green meadows and red geothermal valleys, has sculpted the earth into mountains, glaciers and canyons, and carved the coastlines into some of the most dramatic shores on earth. 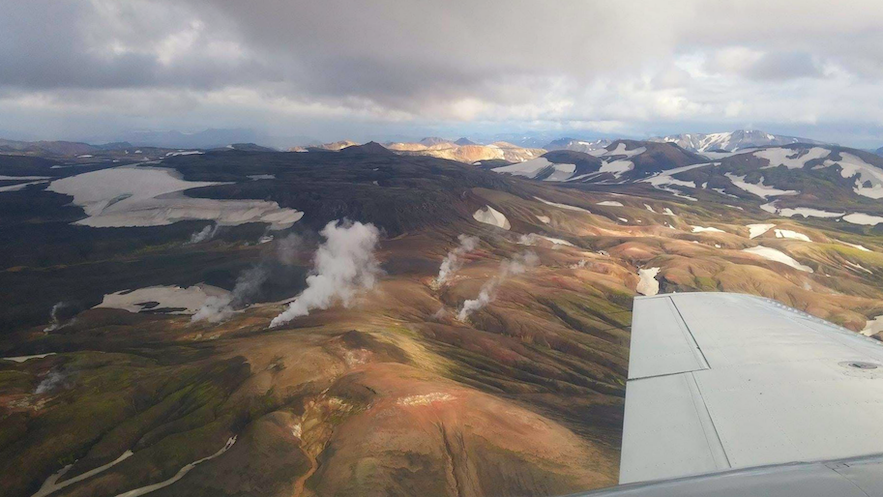 While it is all very well appreciating this fact from ground level, the sheer open expanse revealed to you through aerial sightseeing truly hits the point home.

Another massive benefit is the necessarily small group sizes. Light aircraft can only take a certain amount of people into the air on each flight, taking into account weight limitations and the number of seats. Small group sizes make for an intimate and personalised experience, perfect for families, groups of friends or even colleagues.

Which Attractions Do Sightseeing Flights Visit? 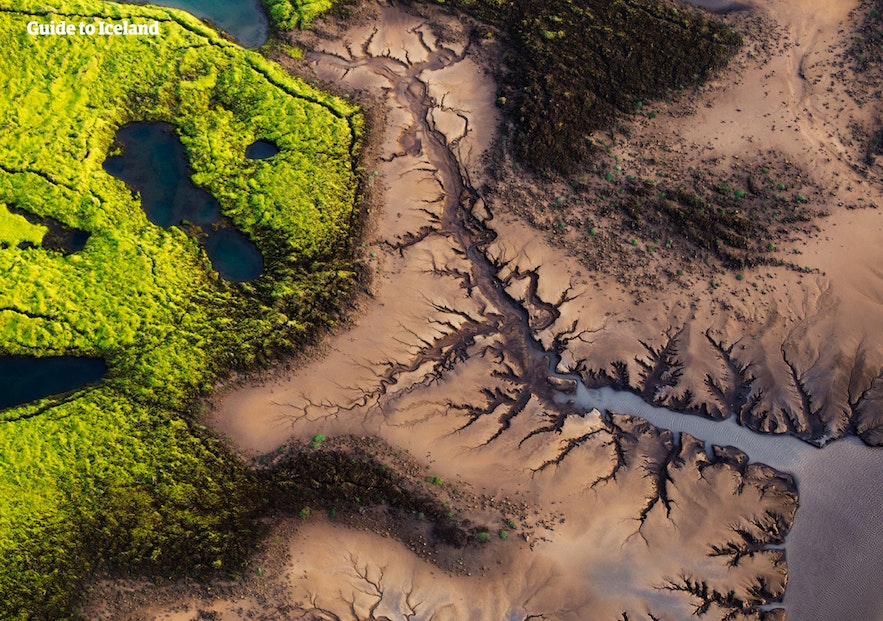 There are three major airports from where sightseeing flights operate; Bakki Airport (on the South Coast), Reykjavík Domestic Airport (in the centre of the capital city) and Skaftafell Airport (besides Vatnajökull National Park).

Bakki Airport is used almost specifically for transfer flights to and from the Vestmannaeyjar archipelago, otherwise referred to as the Westman Islands, whilst Skaftafell Airport is for the private use of Atlantsflug only.

From these three locations, it is possible to take sightseeing flights over, pretty much, wherever you can think of in the country—after all, if you can see a mountain, a lake or a waterfall from below, you can always see it from above (“It’s all a matter of perspective”).

Which Aircraft Are Used For Aerial Sightseeing? 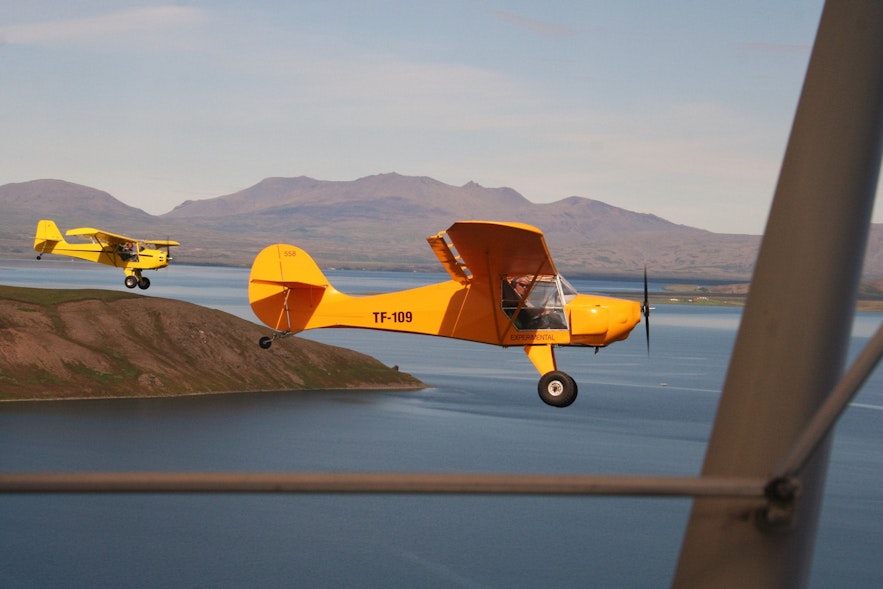 The type of aircraft you will be flying differs with each operator. If you would like to know the particular model of the aircraft that will be used on your pre-booked tour, each sightseeing operator in Iceland lists their fleet of aircraft online.

For example, Atlantsflug—the original flightseeing operator in Skaftafell Nature Reserve, has been in operation since 2004—runs three different aircraft, the Cessna 207, Piper Navajo and the Piper Chieftain.

The Cessna is used for smaller groups, seating up to five passengers, and also boasts 3 openable windows, making it the optimal choice for those travellers looking to engage in aerial photography tours. The Piper aircraft are used for larger groups, seating 7 and 9 passengers respectively.

Other operators, such as the Akureyri based Norlandair, utilise an entirely different fleet—like most aerial sightseeing operations in Iceland, Norlandair also utilises their aircraft for ambulance flights, business transfers and photography missions. The GippsAero GA8 Airvan is used primarily for sightseeing by Norlandair, the perfect vehicle with its high wings and wide windows, seating up to seven passengers.

As can be seen from the header photo of this chapter, it is also possible to take a sightseeing tour in a Flying Buggy, a two-seater motorised aircraft used for training new pilots. When sightseeing in one of these, you will be accompanied by an experienced pilot the whole time. 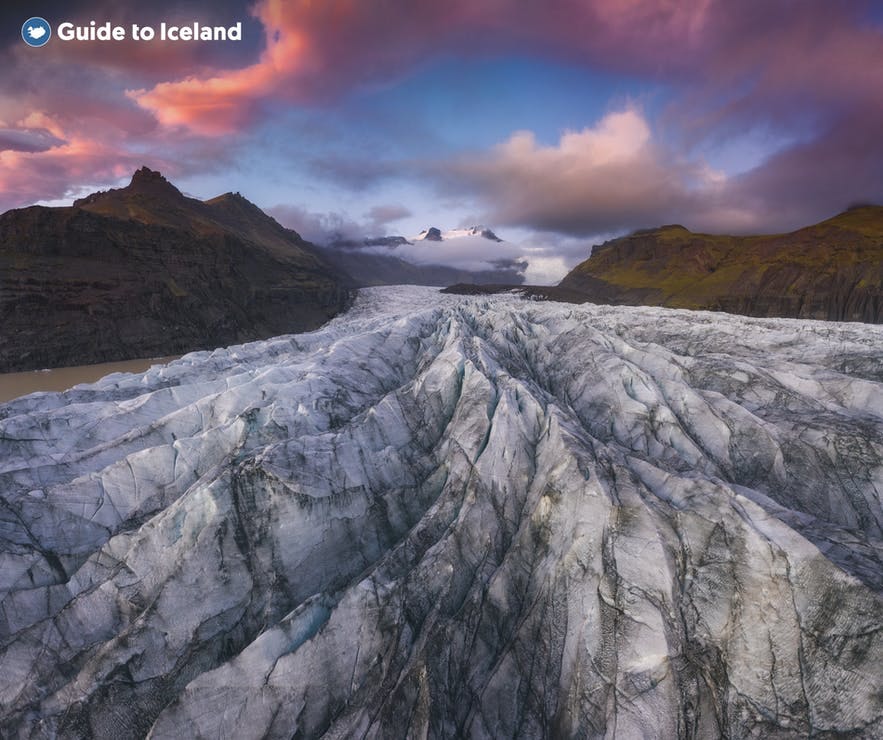 It should go without saying that those who wish to partake in a sightseeing flight will be paying more out of pocket than those who choose to appreciate Iceland’s attractions from the ground. With that being said, the experiences—whilst both memorable and awe-inspiring—are truly incomparable. What you are paying for here is perspective, and it is the sheer intensity, magnitude and beauty of that perspective that comes at a price.

The reasons for this are fairly self-explanatory; it costs more to run and maintain a fleet of aircraft, the activity carries greater risk, and pilots must be paid accordingly to the job they do.

Let's face it—I, for one, wouldn't take too kindly to the idea of a sightseeing flight if I knew my pilot was dangerously underpaid. Count the sum as a worthy expense, a means of silently ensuring your security in the air.

Another point; aerial sightseeing is less popular than regular sightseeing, meaning that each flight out must be worthy of the outgoing expense. This popularity is down only to the price (after all, if it were within all of our remit, who wouldn't go flightseeing?), but is still a major factor when it comes to pricing.

Naturally, all activities such as this have an element of danger to them that cannot be disregarded. With that being said, Icelandic sightseeing pilots are some of the most experienced in the world, flying out often daily to some of the most beautiful and isolated regions of the country.

Chances are, the pilot flying you over the fields of Holuhraun, or the South Coast's rugged coastlines and glaciers, is just as qualified as the pilot who flew you and a cabin full of passengers into Keflavík International. Becoming a sightseeing pilot takes years of practice, certification and patience... fear not, you're in good hands! 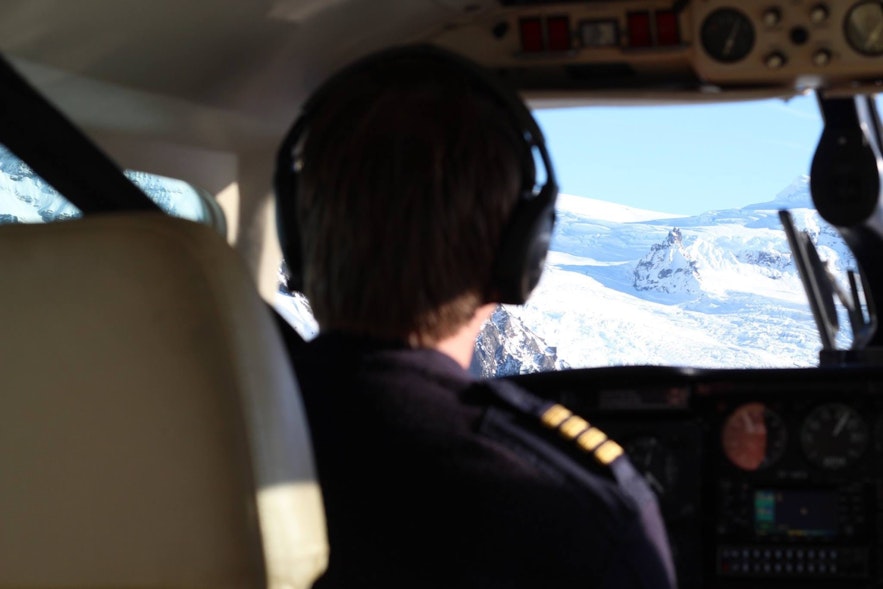 Aerial sightseeing operators in Iceland are subject to stringent regulation, regularly inspecting and maintaining their fleet of aircraft. Icelandic sightseeing pilots must also keep up to date with the latest rules and legislation, and prove routinely that they are physically and mentally capable of undertaking tours.

It should also be understood that flights will only leave the airport if conditions are perfect—that is, clear visibility and low winds. These conditions are not only critical to the perfect sightseeing expedition, but they're also important criteria when it comes down to safety.

What If The Weather Is Not Suitable That Day? 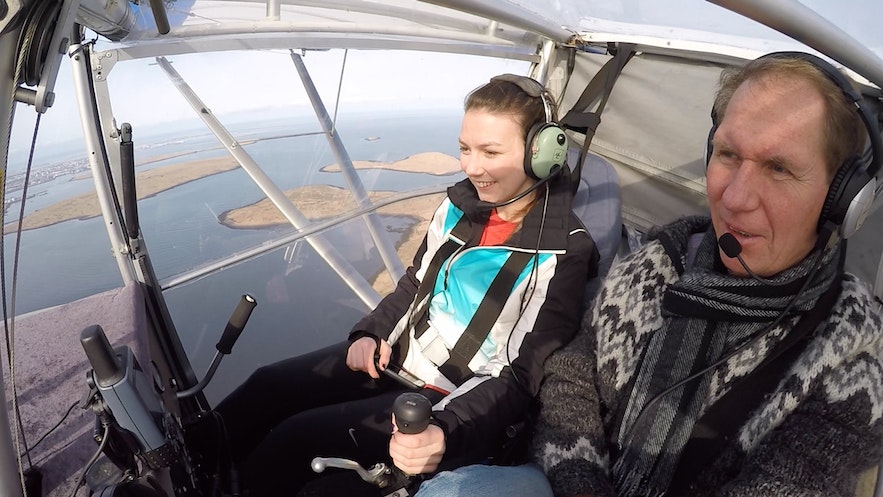 We all know what Iceland's weather can be like... a little tempestuous, a tad feisty, but more than capable of radiance, clear blue skies and gentle breezes. The only problem is just how nefarious and two-sided this weather can be, making a mockery of forecasts, travel plans and any thought of a "peaceful holiday".

Iceland's weather is so mischievous and unpredictable, it's even led to the local joke, "If you don't like the weather here, just wait five minutes". Given its speed of change, this joke feels little more than a wry observation. 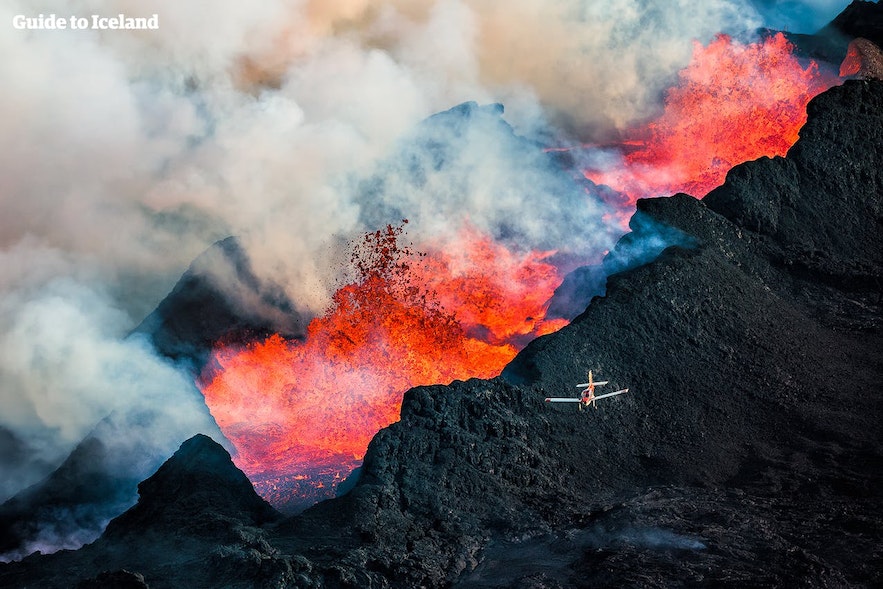 If the weather is unsuitable at the time of your flight, an attempt will be made to try and reschedule for that day. If this is not possible, the operator will attempt to find another free day on your holiday in which they can slot in your flight.

This can often be achieved with ease; after all, the length of sightseeing flights varies greatly between locations; you could be in the air for twenty minutes, you could be there for a full hour... either way, flights are short enough that they can often be slipped in on free days.

Alternatively, a third option sees the tour operator transferring passengers to another airport from which to take the flight.

Is It Possible To Book A Specialist/Private Sightseeing Flight? 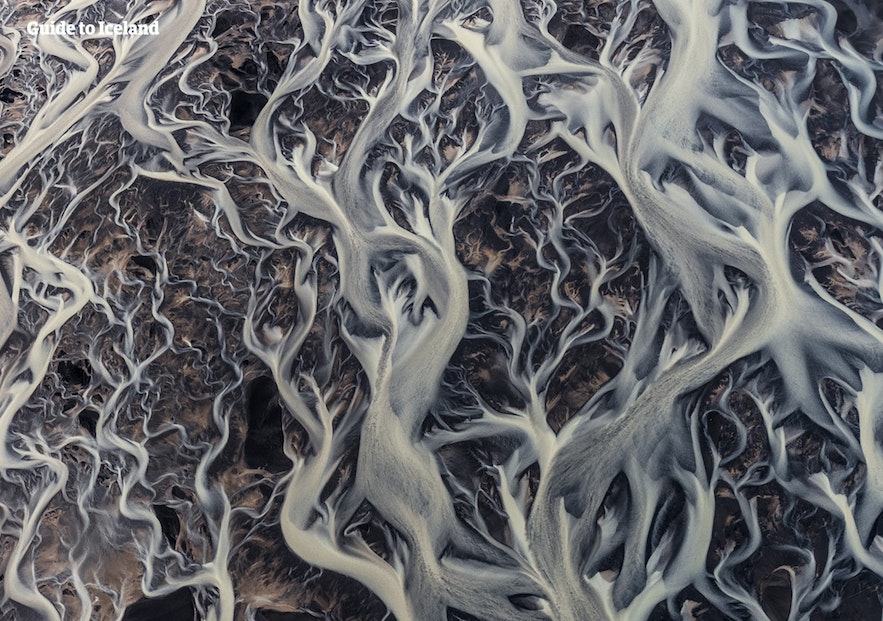 In short, yes, though it will take a little more thought and preparation from you in advance. The best advice is to contact the tour provider directly so as to discuss what exactly you wish to achieve on your flight.

Media professionals from across the world have increasingly utilised aerial photography in Iceland over the last ten years, capturing stunning footage and photographs of this country's majestic and fantastical nature.

As if drawn from a storybook, Iceland fits the mould for many of the zeitgeist's fictional realms, be it The Vale in HBO's 'Game of Thrones', the planet Lah'mu in 'Rogue One | A Star Wars Story' or even new frontiers, as seen in Christopher Nolan's 'Interstellar'.

Usually, photo flights are undertaken on an individual by individual basis, and use aircraft such as the Cessna 207, considered highly suitable for specialist missions.

For example, the aircraft boasts three openable windows, GoPro mounts and high wings. One of these openable wings is beside the pilot, whilst the other two are at the back of the aircraft, providing photographers with a lot more freedom to move.

Did you enjoy our article about Airplane Sightseeing in Iceland? Did you manage to experience sightseeing from the air? If so, where did you go and what was your favourite part? Would you recommend flightseeing to others? Feel free to leave your thoughts and queries in the Facebook comments box below.