By Nanna Gunnarsdóttir
Verified Expert
Jump to chapter
What is the healthy culture in Iceland like? How healthy is the Icelandic diet? Which exercises are popular in Iceland? Continue reading to learn all about health in Iceland.

Iceland often ranks near the top of lists of the healthiest nations in the world. The UK's Channel 4 went on a quest around the globe to find the world's healthiest diet, and Iceland, with its focus on fish and its healthy dairy products, was crowned the winner.

But what is it that makes the Icelandic nation so healthy? Is it just the food? Or is it to do with a wealth of contributing factors that only can only be found on this little island?

The Water in Iceland 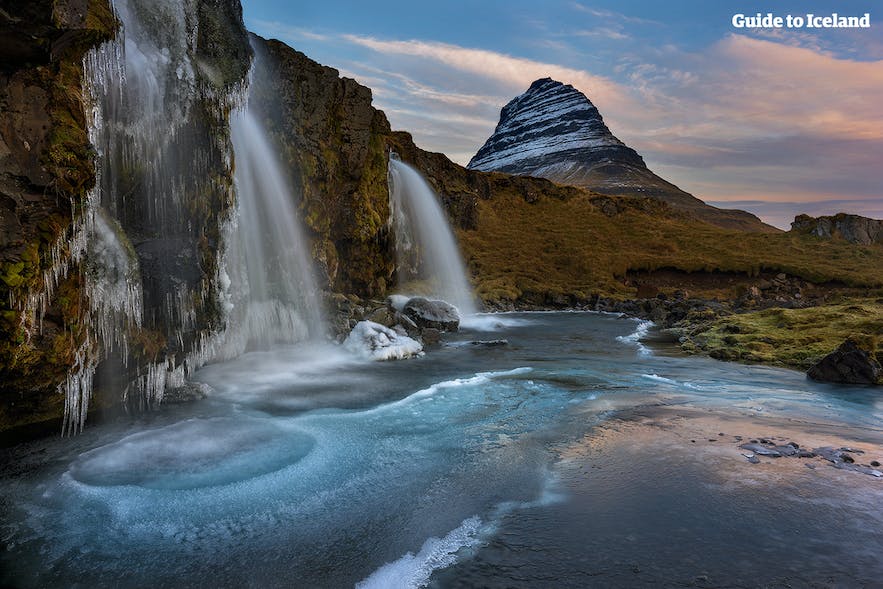 This nation is dotted with springs, rivers, waterfalls, glaciers and hot springs. The water in Iceland is plentiful and some of the cleanest in the world.

The cold tap water you get in Iceland is the same as that which runs through landscape, and that is bottled and sold (so help save your money and the planet by never buying it). Just make sure that you run the tap for a little while before drinking the cold water, as the hot water also comes straight from the ground and tastes like sulphur. While safe, it is also rather unpleasant. 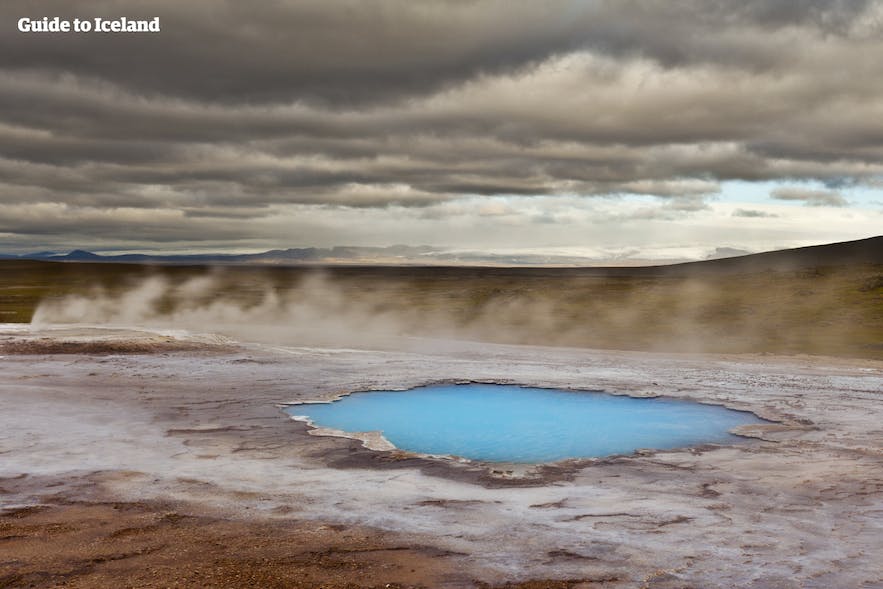 The hot, volcanic water used to warm up houses is pumped from variety of hot springs all around the country. People have used these hot springs for centuries to bathe, wash clothes and cook in, and it has long been thought that the natural hot water and the many minerals in it do wonders for people’s health.

This is claimed to be the case at many pools in the country; the silica mud in the Blue Lagoon, for example, helps some people with psoriasis and other skin diseases greatly. 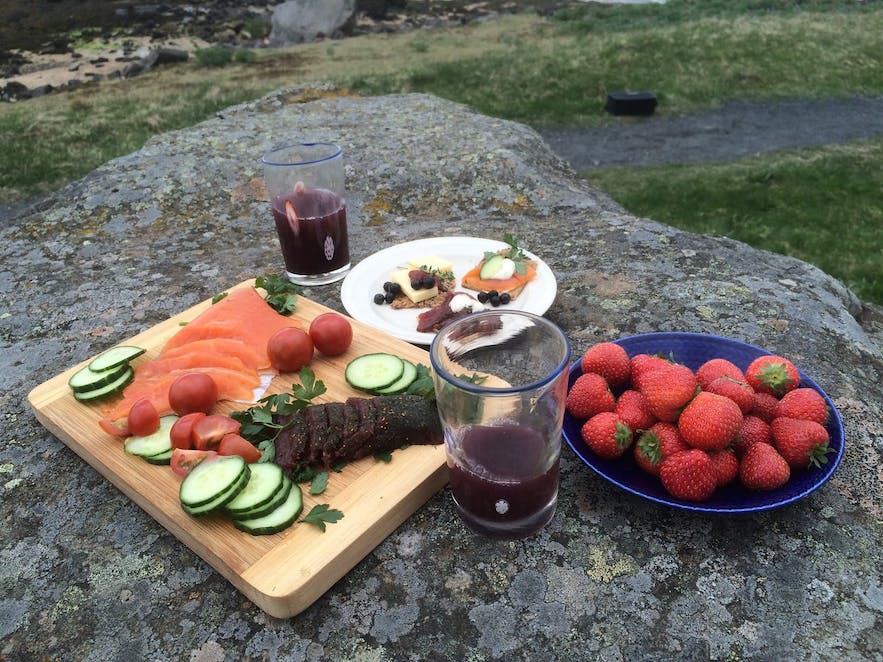 As mentioned above, the Icelandic diet is one of the healthiest in the world. Icelandic food ingredients are very wholesome, and largely organic and free-range. The country is a fishing nation and people eat a lot of fresh and dried fish, either from the sea or caught wild in the rivers. The Icelandic rivers have a lot of salmon and trout and there are a variety of fishing tours you can choose from if you’d like to catch your own.

Iceland is also famous for its lamb. There are roughly a million sheep living in Iceland, three times the human population. The sheep roam around freely throughout the summer in the countryside, so the meat is organic and free-range. Somewhat morbidly, they add to their flavour by grazing on thyme and other herbs, seasoning themselves. 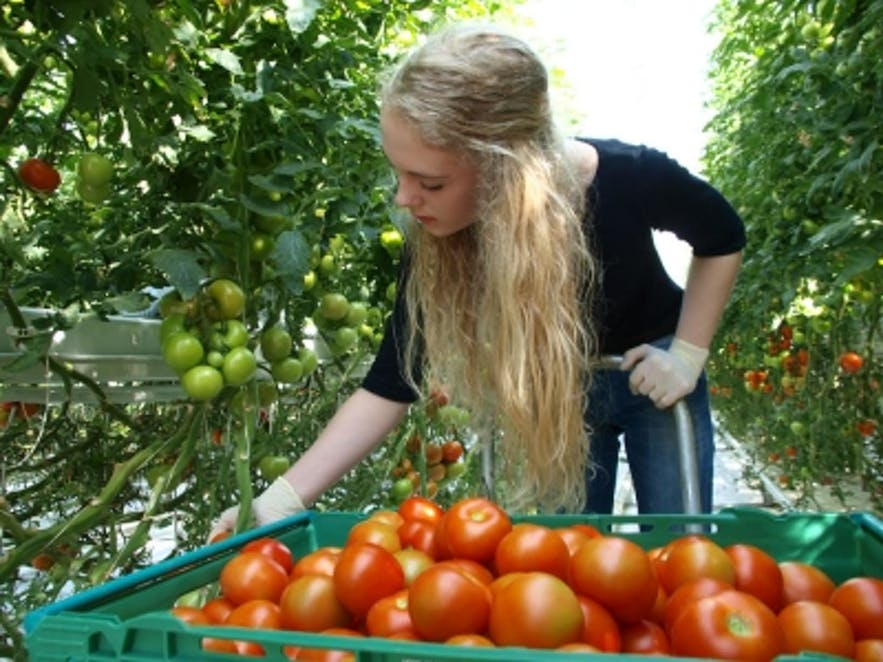 Up until recently it wasn’t possible to grow much variety of fruit and vegetables in the country but that’s all changed with geothermal greenhouses. Hveragerði is the greenhouse capital of the country and you’ll see them all over the South Coast of Iceland, growing herbs, tomatoes, cucumbers, lettuce, and even bananas, amongst many other things.

In recent years, Icelanders have also become very concerned about eating healthily, with a number of athletes promoting healthy options and the raw food chain Gló opening up a number of restaurants in Reykjavík. Additionally, vegans and vegetarians have a number of healthy options for dining out, as well as some not-so-healthy choices. 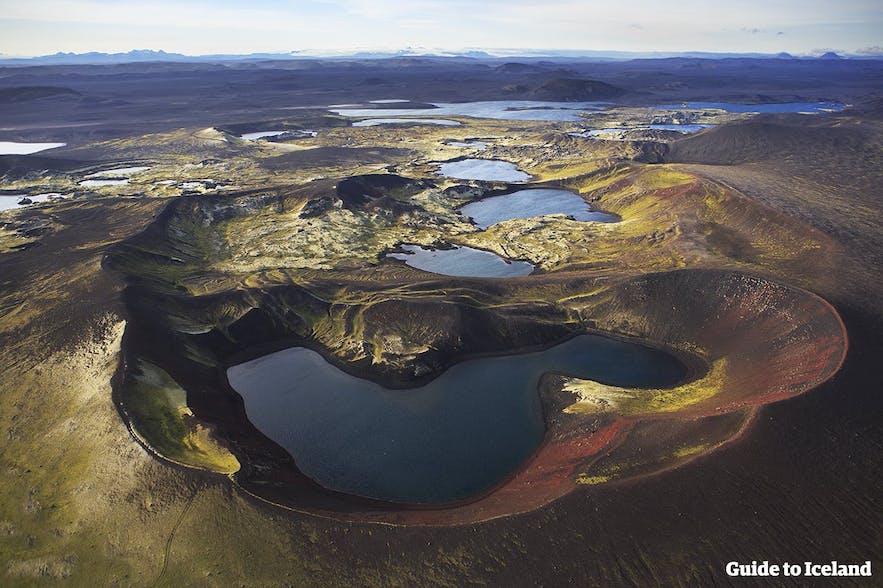 There are a number of sports and activities that are practiced in Iceland, the most enjoyed by visitors probably being hiking. The nature of the country is spectacularly beautiful but often not very accessible by a car. Therefore the country is decorated with hiking routes all over, leading you to waterfalls, valleys, fjords and the Highlands. 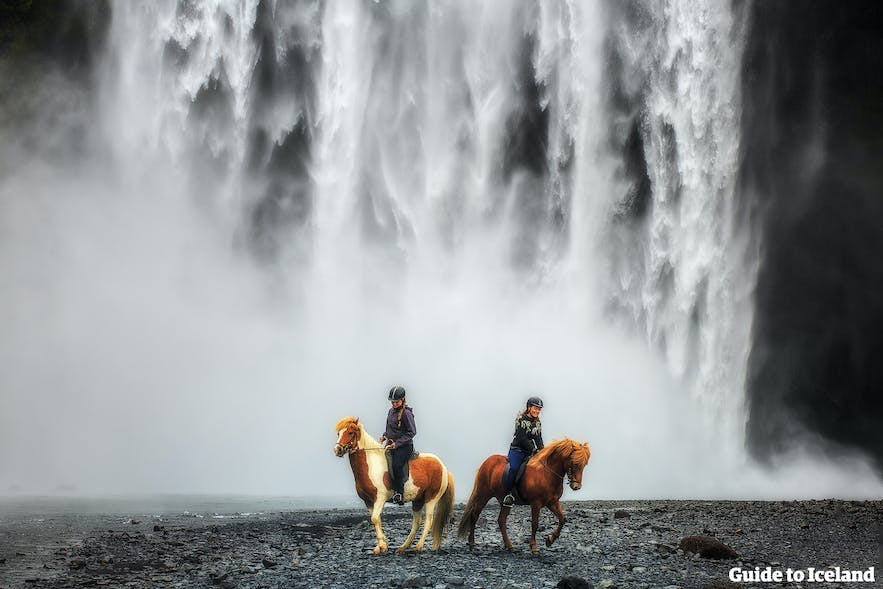 Running is also popular, especially around the Reykjavík Marathon that takes place every August, on the same day as Culture Night in Reykjavík.

Horseback riding is another beloved activity, both among the locals and tourists, as the Icelandic horse is famous for having an extra gait and for being sturdy and friendly.

Yoga is also gaining popularity in the country. Yoga is often associated with a healthy lifestyle and being at one with nature, so it’s not surprising that today you can join a yoga tour on a black-sand beach. 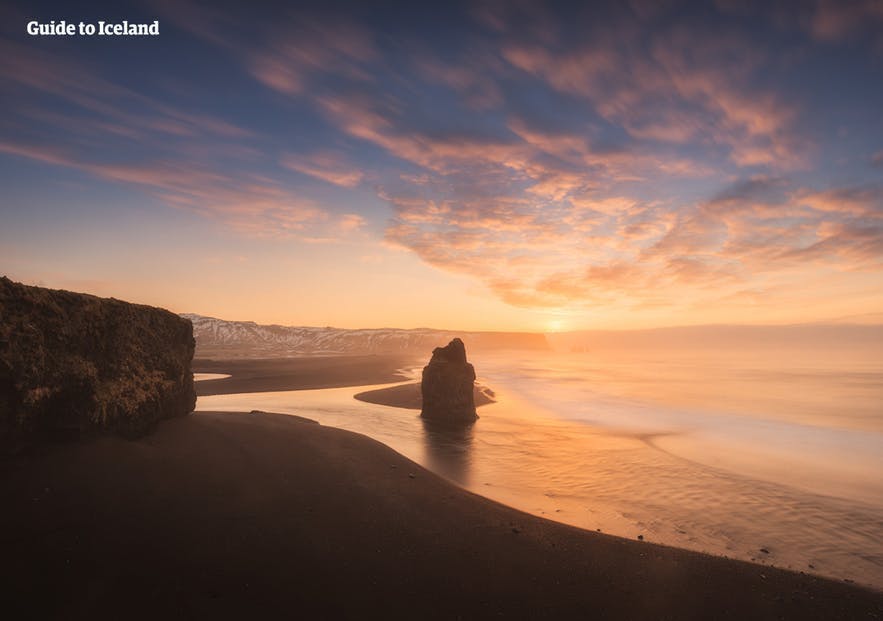 Often a certain sport is ‘trending’ in Iceland, and at the moment that sport seems to be CrossFit; we currently have two female world champions, Katrín Tanja Davíðsdóttir and Annie Mist Þórisdóttir.

Iceland also has a number of strong men champions, such as Jón Páll Sigmarsson and Magnús Ver Magnússon. Currently Hafþór Júlíus Hafsteinsson is Iceland’s strongest man – although he’s perhaps more famous for playing the Mountain at Game of Thrones. And Gunnar Nelson is an MMA fighter in the UFC.

Football is increasingly popular, Iceland coming in the quarter-finals in the last European Cup, and now being the smallest country ever to qualify for the World Cup; women's football is also very popular out here, and the team has enjoyed a similar string of recent success.

Before football, the country's main ball-sport was handball. Iceland only has a population of 330,000 people but still somehow managed to place second in it at the 2008 Olympics. 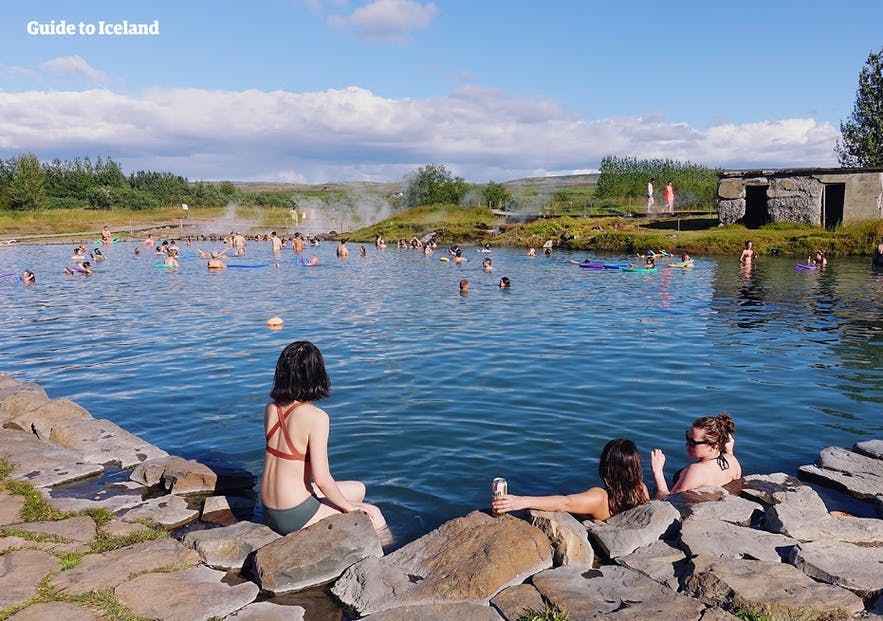 Perhaps the most popular sport in of all Iceland is swimming, although not necessarily professionally. There are plenty of swimming pools in Reykjavík and swimming pools around Iceland, both indoor and outdoor, almost always including at least one hot tub and often sporting a sauna as well.

Other watersports include river rafting, kayaking, snorkelling and diving. Iceland actually has one of the best dive sites in the world, Silfra, where the visibility can be exceed 100 metres. 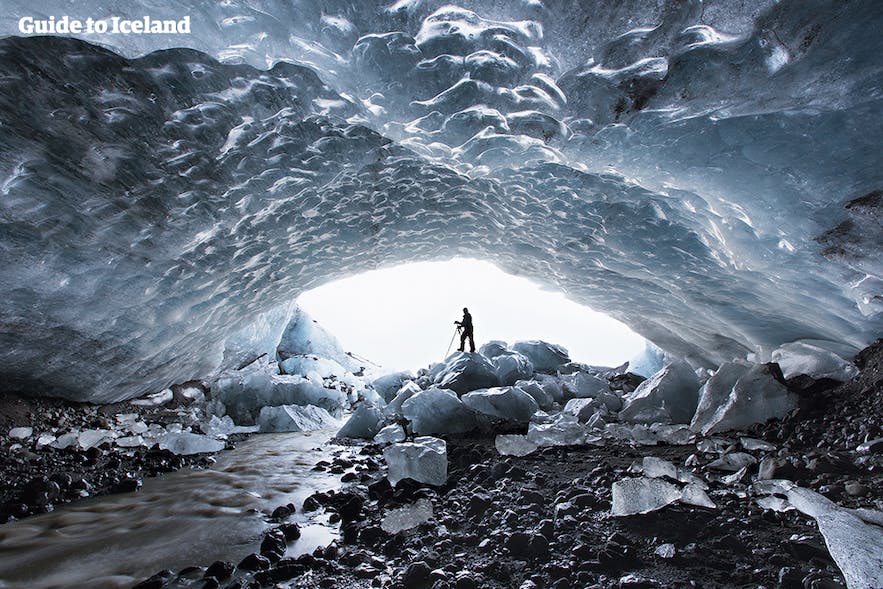 Perhaps it comes as a surprise to some, but skiing isn’t a massively large sport in Iceland as the ski-season can’t be depended upon. It simply does not snow heavily or regularly enough, contrary to popular belief.

Ski slopes are, however, dotted around the country, and very cheap if compared to international ski resorts. A day pass is 3,250 ISK and a season pass is 29,500 ISK at the Reykjavík ski areas, Bláfjöll and Skálafell. There aren't many famous skiers from Iceland, but the snowboarder Halldór Helgason has earned his name in the international snowboard community. 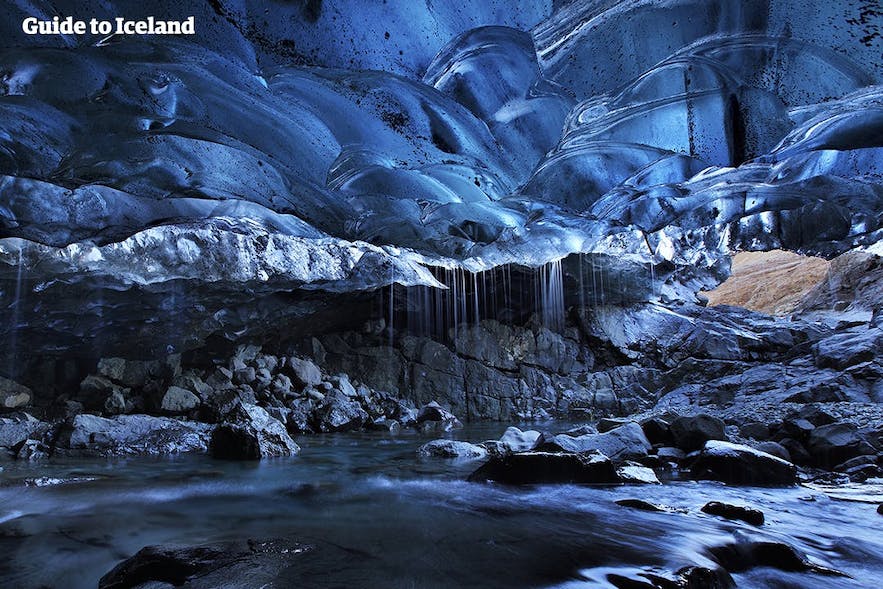 Glacier hiking and ice climbing may seem to be associated with winter, but are actually accessible all year round in Iceland as they take place on the country's many glaciers. It's only during wintertime though that you can go to a natural ice cave as you see on the picture above. 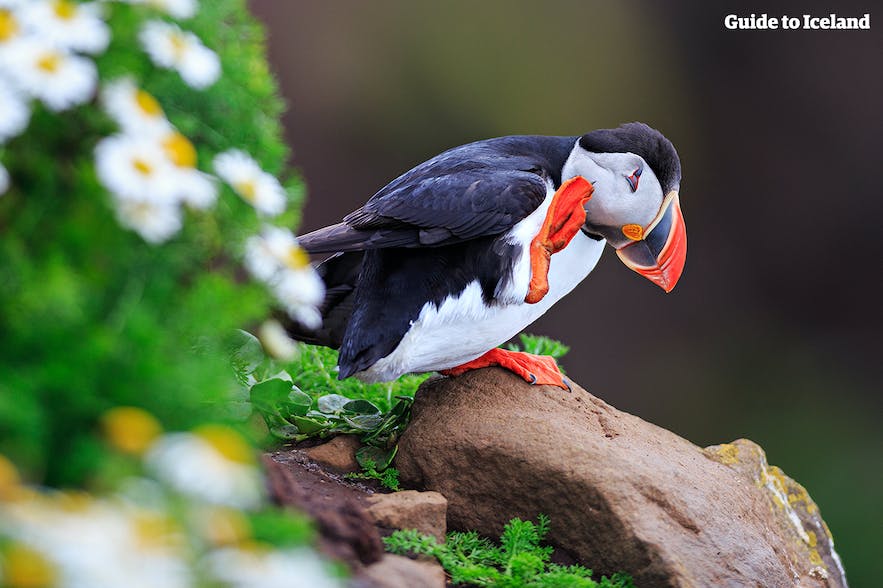 A lot of factors come in when deciding the health of a nation. Iceland particularly performs well in many of the factors that are related to wellbeing.

The Icelandic air is very clean and there's very low pollution in Iceland. The population is very small but the country is comparatively large, meaning there is a community spirit but everyone has quite a bit of space.

Equal rights are strongly fought for, and the gender gap is the smallest in the world; discrimination on the basis of sexuality, race, religion or other facts is challenged from almost all sectors of society. Crime is rare, tensions few, literacy high, and public discourse is largely civil.

Overall, these facts help Icelandic people feel safe and happy. Combined with the factors listed above, it is little wonder that Iceland is considered one of the healthiest places in the world to live.