What is the current population of Iceland? How large is the landmass, and how was it formed? What are the country's biggest industries, and what language do the Icelanders speak? What are some interesting facts about Iceland that are rarely heard about? Read on to find out all there is to know about Iceland’s basic facts and figures.

Researching a holiday destination can often seem daunting. After all, we’re dealing with entire countries here—sovereign states with their own rich heritage, diverse cultures, unique populations, customs, and traditions.

These are often entirely dissimilar to one's own country of origin, meaning that, even before you’ve arrived, it’s easy to feel out of your depth.

Given Iceland’s small population, researching this country is, thankfully, unburdened by complications. There is only one “real” city, Reykjavík, which hosts the vast majority of accommodation, car rentals, tour operators, shops, bars, cafes, and museums. 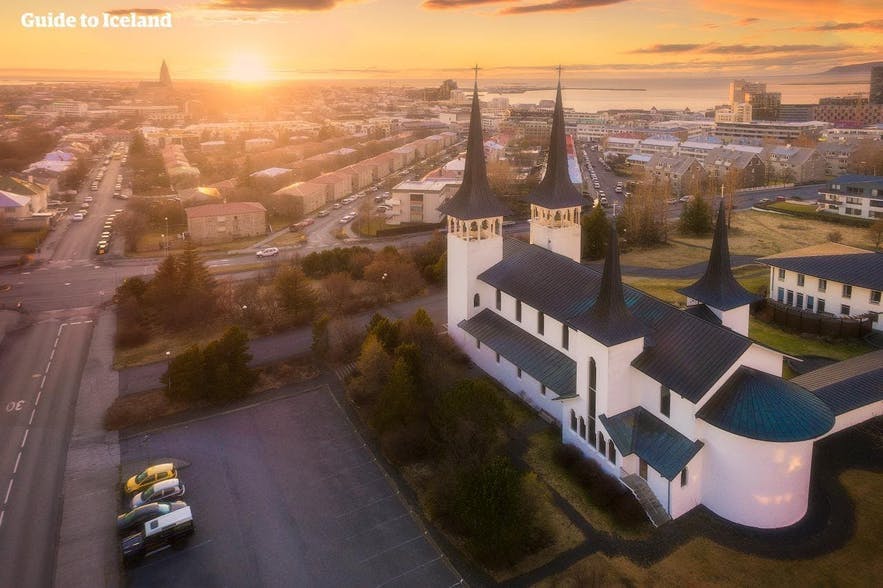 Now, that’s not to suggest for a moment that Iceland’s lesser-known settlements—e.g., Akureyri and Egilsstaðir—don’t have fascinating attractions on their own. Yet, it is Iceland’s capital that provides the greatest wealth of modern amenities.

We have included some of the most relevant Iceland information below.

Iceland is a truly fascinating country. However, given the small population and relative isolation from the rest of the world, people are often unaware of some of Iceland's basic facts that everybody should know. Below, you will find an infographic listing 11 Basic Facts about this young country.

Iceland sits almost smack in the middle between the United States of America and Canada to its west and mainland Europe to its east.

This positioning has long made Iceland the perfect stopover for travelers and business people making the long transatlantic journey. The same applies to military minds looking to base themselves strategically between two vulnerable regions. 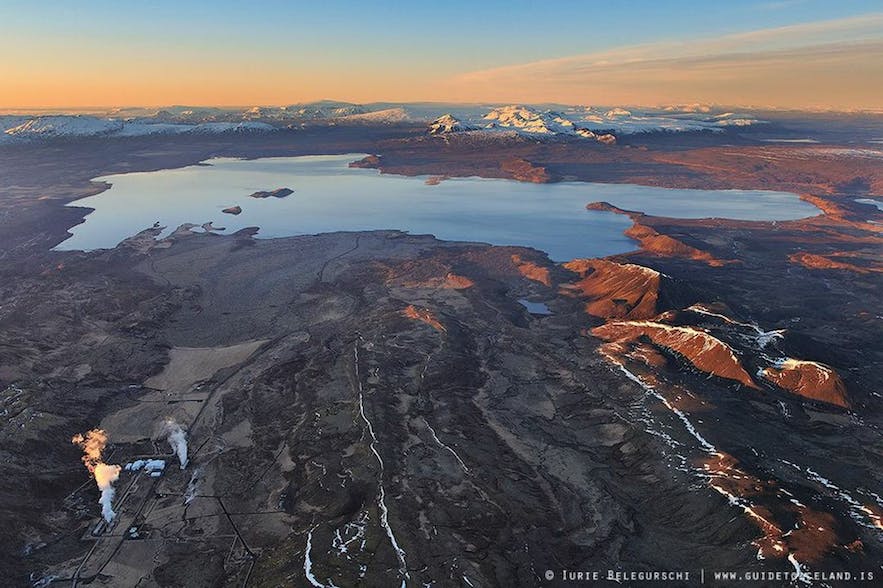 Coincidentally—or, perhaps not—Iceland sits directly atop a pocket of molten lava known as the “Iceland Plume.” This plume is widely considered to have been the most significant driving factor in the formation of Iceland. However, alternative theories, notably that of the “Icelandic hot spot,” are similar to the volcanic activity beneath Hawaii.

And what a spectacular landscape that has formed! Iceland is truly characterized by its landscapes, which are as diverse as they come, ranging from black-sand deserts to pure white glaciers. As you travel from region to region, you will see how these ancient and primordial forces sculpted the land’s canyons, mountainous slopes, and river gorges.

Where Exactly is Iceland?

Iceland's coordinates on the world map are 64.9631° N, 19.0208° W. A one-way flight to Iceland from London will take approximately three hours, while from New York City, the flight will take roughly five and a half hours.

Officially a part of Scandinavia, Iceland is also considered a Nordic country by some.

Iceland's relationship with the Nordic nations is solid, given the historical relationship between the island and those mainland countries that sent settlers here in the first place. 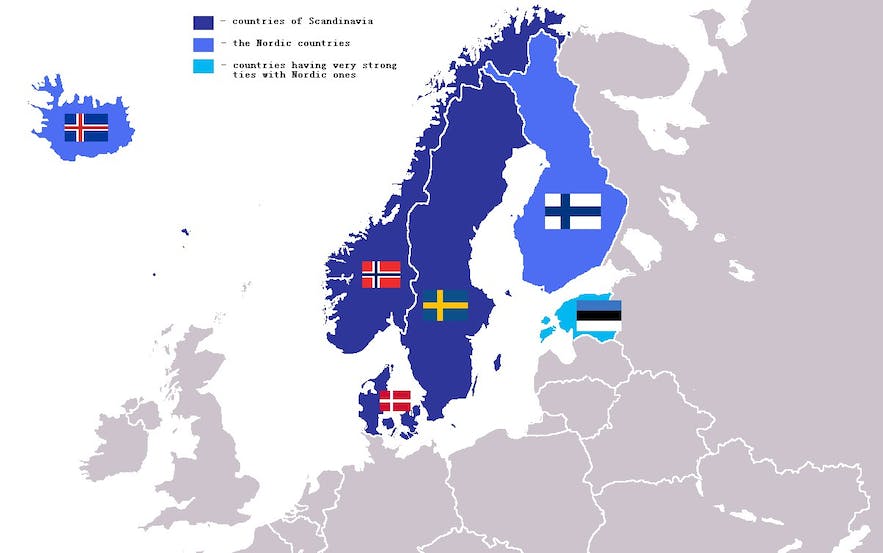 Photo from Wikimedia. Creative Commons. by Maciek17. No edits made.

Visitors to Iceland can visit the Nordic House, found just beside the University of Iceland in Reykjavik, to learn more about this important connection. It's also a fantastic place to check out some authentic Nordic architecture and grab a delicious bite to eat.

Aside from the general black and white facts about Iceland's geography, population, and natural features, Icelandic culture itself can be drawn upon for fascinating tidbits of information. Read on to learn Cool Facts About Iceland.

The Economy in Iceland

Iceland's economy is built around three major sectors; fishing, manufacturing, and, as of 2010, tourism. Without a doubt, tourism is the saving grace of today's economy, but fishing has long been the country's defining lifeline. 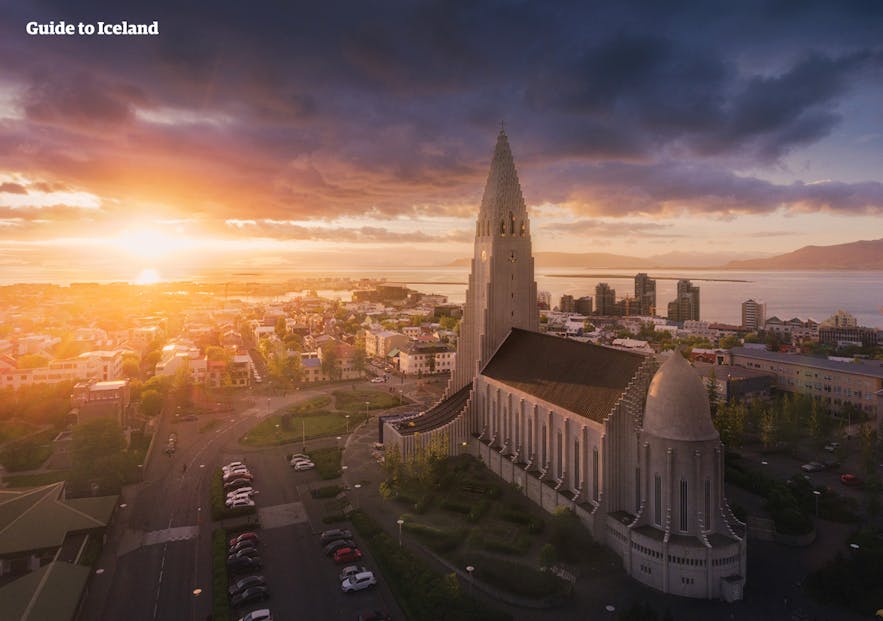 The tourism industry boomed in 2010 due to the 2008-2011 financial crisis, which you will read more about later in this article. So too, was it a consequence of the eruption of Eyjafjallajökull that occurred in the same year. With air traffic disrupted all over mainland Europe, the eyes of the world turned to the volcano whose name they could not pronounce.

Over the next decade, tourists began to flock to this sub-arctic island to experience for themselves its cascading waterfalls, creeping ice caps, dried volcanic plateaus, scenic coastlines, rumbling river systems, and sweeping panoramas.

In response, Iceland has seen a rate of infrastructural development not seen since the end of the Second World War. New hotels, restaurants, roads, and tour opportunities have all arisen with the dawn of tourism in Iceland. Though new challenges must now be met to handle this influx, the tourism industry has singlehandedly saved the Icelandic economy. 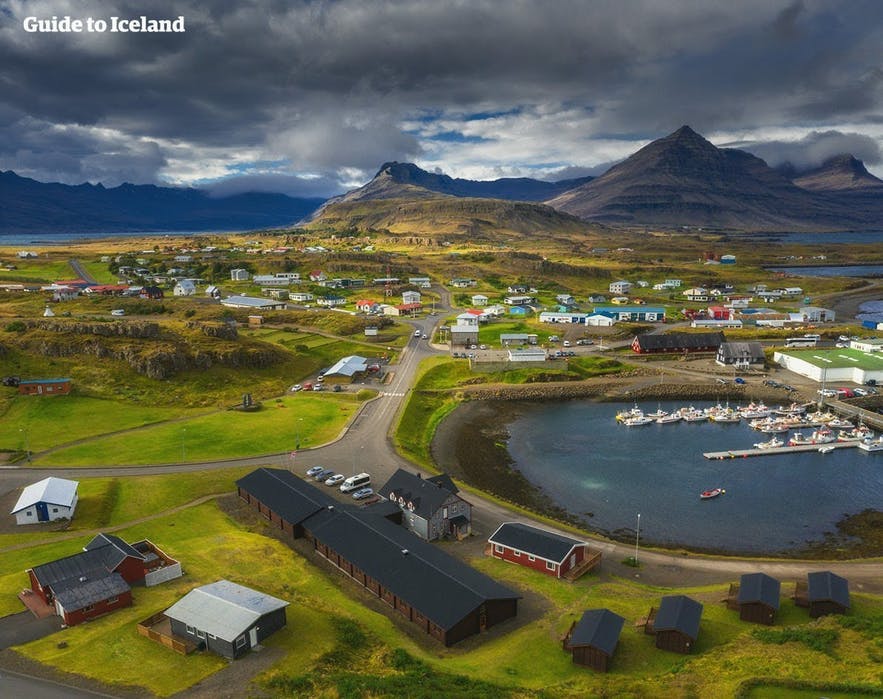 Iceland’s economy suffered a freefall between 2008-2011. Unlike most other affected countries, the Icelanders chose to pursue prosecuting those responsible—the country’s top banking executives—rather than merely bailing them out.

Over the years, this has been brought up time and time again as an example of anti-establishment rhetoric. While Iceland did indeed push for punishment, the bankers here still got away with relatively light sentences, even returning to their former positions once the crisis cooled. 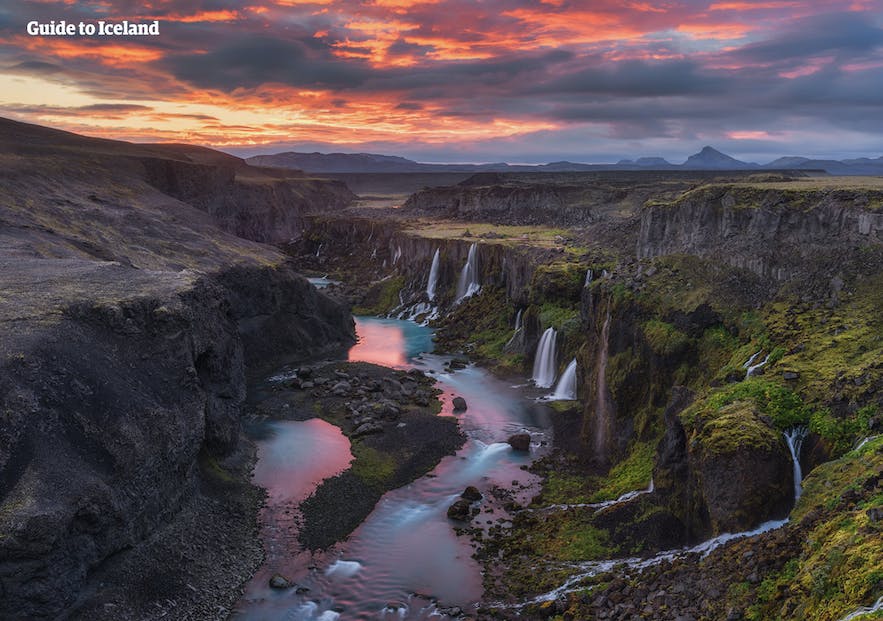 People travel to Iceland for many reasons. Some are trying to find peace, solitude and respite from the hectic daily schedule of their lives. Others are here solely to witness this land's spectacular natural attractions.

Some have come to see specific features unique to Iceland, such as the crystalline glacial spring, Silfra Fissure, while others have their heart set on little more than soaking in a natural hot pool.

Some travelers are merely passing through on their transatlantic journey, while others have waited a lifetime for the chance to set foot here. To every example, Iceland has opened its arms in welcome.

Iceland has something to suit almost every traveler’s ambitions, attracting hundreds of thousands of visitors a year from all across the planet. This tourism boom couldn't have come at a better time. It swiftly changed the fortunes of Iceland's crashing economy and became a driver that would cause the very face of this country's culture, workforce, and identity change.

In other words, travel in Iceland is a big business. 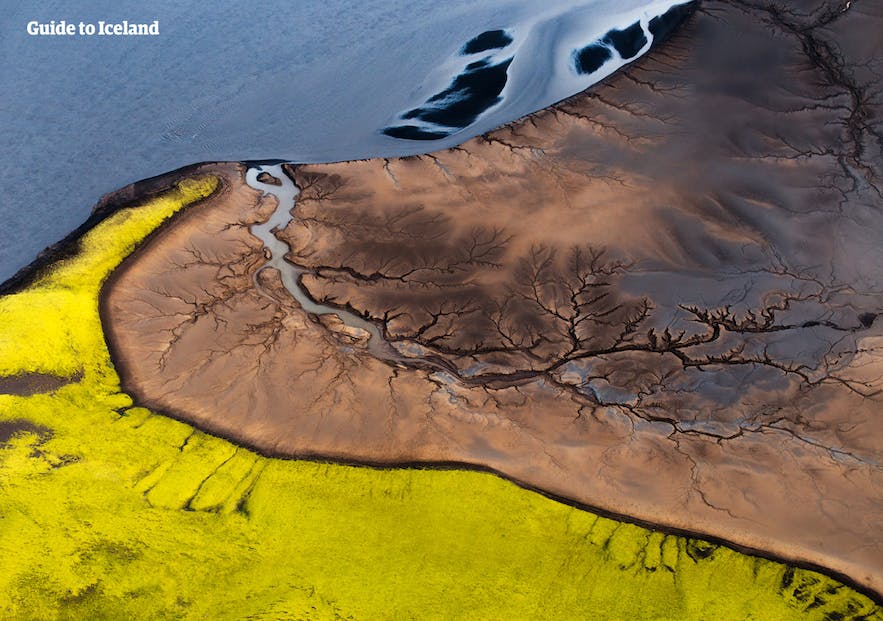 With that in mind, you will find a wealth of operators—some big, some small—offering tours, itineraries, packages, advice, and information, all related to maximizing your holiday experience in the country.

Given the sheer number of travelers, there is now an enormous variety of things to see and do here. Visitors will also find fantastic nightlife, culture, and fine dining experiences. 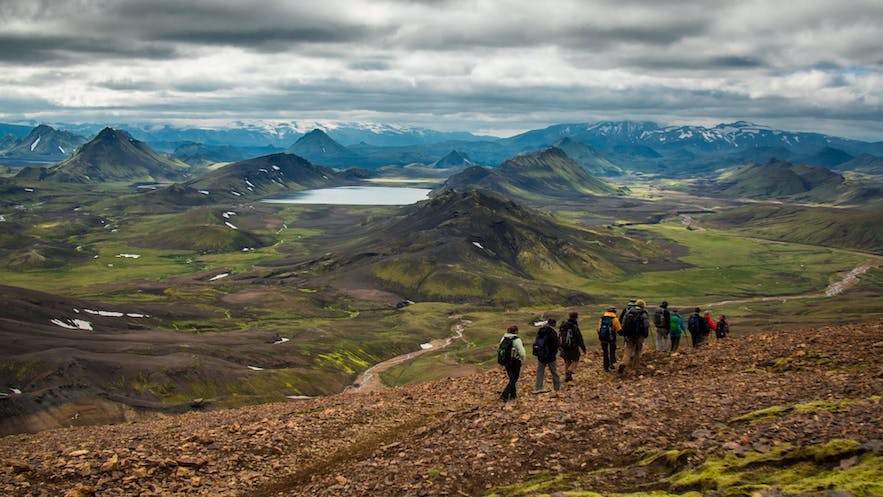 The list of available activities in which visitors to Iceland can participate is truly eclectic, having widened massively over the last ten years. Today, with the aid of customizable tour packages, visitors can sculpt the exact type of holiday experience they want. Relaxing, educational, or action-packed? The choice is yours.

Sightseeing is, without doubt, the most popular activity here; all it requires is a vehicle and a sense of direction. Iceland’s natural features are so overwhelmingly picturesque that certain routes, such as the Golden Circle and the Diamond Circle, have become famed for both their accessibility and the quality of their attractions. 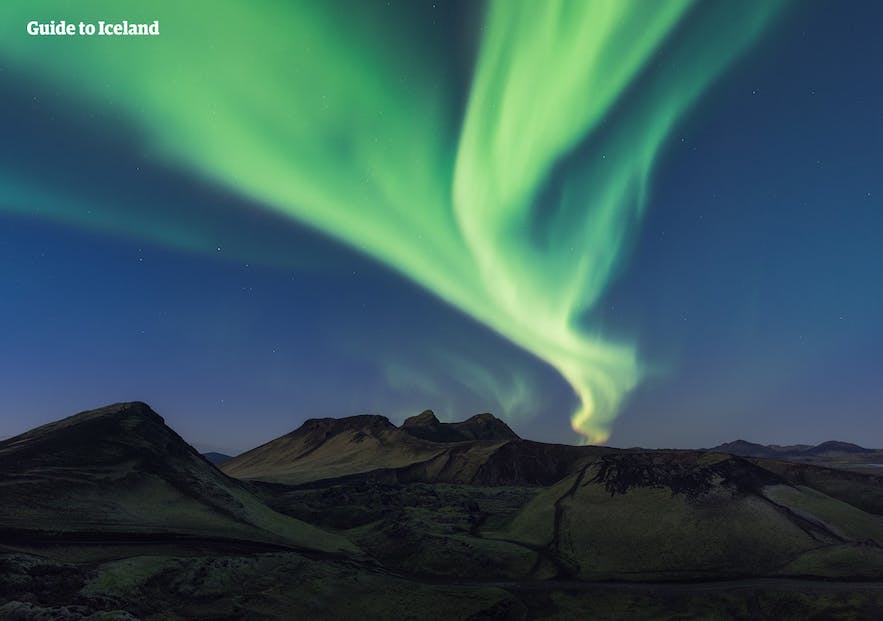 You can undertake sightseeing routes independently or with a certified tour operator. The latter option is best for those travelers who wish to avoid driving and would like to gain more in-depth education on Iceland’s natural geography.

When one thinks of Iceland, one can’t help but envision sweeping glaciers (albeit, with unpronounceable names—again, Eyjafjallajökull, anyone?), cascading waterfalls, rugged coastlines, lush highlands and snow-capped mountains. Visitors relate to the country’s stunning, dramatic and ancient nature, which provides an experience of connection and tranquillity not often found elsewhere.

Consider the appeal of specific attractions. Vatnajökull National Park, for instance, with its sweeping dark hillsides and slithering glacier tongues, as well as the presence of Iceland’s “Crown Jewel,” the iceberg-filled Jökulsárlón lagoon, makes for a must-see destination in its own right.

The same goes for such attractions as Dettifoss, Europe’s most powerful waterfall, and Þingvellir National Park, one of the only places on the planet where it is possible to see both the Eurasian and North American tectonic plates standing exposed from the earth.

Aside from Iceland’s natural features, there are a wealth of swimming pools, spas and sports complexes to choose from, as well as numerous museums, art galleries and theatre spaces. The capital city, Reykjavík, also boasts some incredible landmarks, from the glassy Harpa Concert Hall to the architecturally magnificent Hallgrímskirkja church. 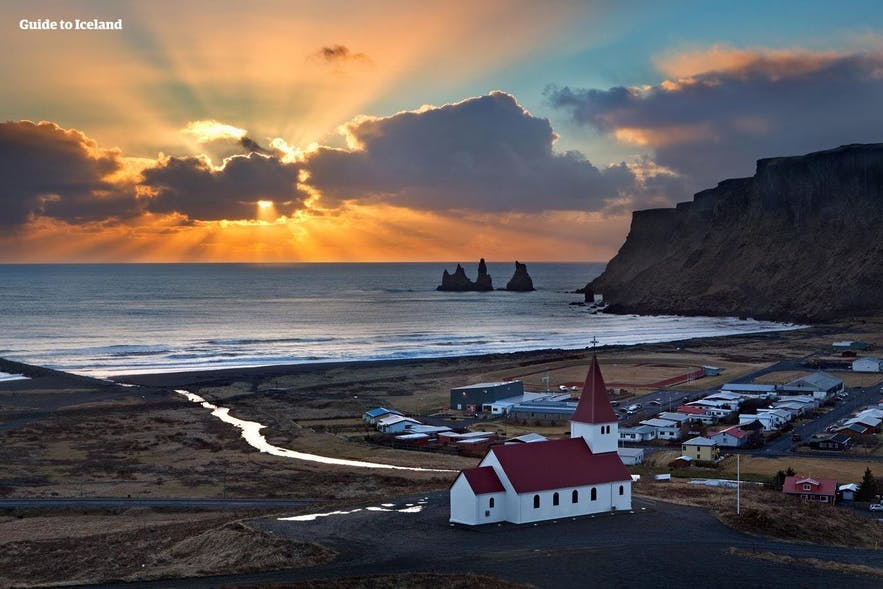 But what of the Icelandic people themselves? Who are these shark-eating Vikings that call this island home? Why are there so few of them, and how did they become so skillful at football?

All these questions and more are a part of the Icelandic mystique. Icelanders are proud and adventurous, capable of hurdling enormous and progressive steps in education, gender and LGBTQ+ rights, music, literature, renewable energy and, now, even sport.

Icelanders “officially” came into existence on 17 June 1944, after the country became independent from the Danish monarchy following Germany’s invasion of Denmark. It was then that the Republic of Iceland was born, though there had been settlers living on the island since as early as 870 AD.

These seafaring people were primarily from West Norway. The majority of the others were of Celtic origin, mainly from Ireland and the eastern coasts of Scotland, and usually brought here as slaves.

Today, contemporary Icelanders pride themselves as creative and intelligent members of modern democracy. Equal rights are at the forefront of politics, and the population is enthusiastic in its political activism. So too are they in the field of the arts; every night in the country’s cities, towns, and villages, live exhibitions of music, poetry, and artwork are readily held for a thirsty populace.

Did you find our country profile of Iceland helpful? Is there any crucial information that you believe we've missed? Please, feel free to leave your comments and queries in the Facebook comments box below!