Book this trip to immerse yourself in Iceland's incredible and diverse nature. In 6 days, this camping adventure takes you through the Icelandic wilderness around the Golden Circle, along the Kjölur Highland Road, and up to the glacier Langjökull.

Not only will you save money by camping, but you will also be waking up in some of this country's most beautiful spots. These locations provide you with a wealth of incredible hiking and photo opportunities that you cannot get on any other tour. Best of all, you control where you'll go and how fast you'll get there by doing the driving; there is no need to worry about tour guides, departure times or other group members on a self-drive camping holiday!

To help you make the most of the freedom you have when camping, you will receive a personal itinerary after you book. This will guide you to locations known only to a few and will allow you to see Iceland at her best: ancient, wild, and awe-inspiring. Of course, you will get to see the popular destinations too, but the itinerary will help you find peace away from the crowds.

This tour, in particular, will help you find the solitude most travellers to this country desire. Kjölur Highland Road is only accessible in summer, so take advantage of all that solitude in the rugged highlands while the Midnight Sun shines above. Iceland's eerie lunar landscape will lend you tranquillity and beauty you cannot find anywhere else.

Add activities to your tour during the booking process to create the customised vacation you have always dreamt of. These options include horse-riding, snorkelling, snowmobiling, caving, and even entering man-made tunnels carved into the side of Langjökull glacier.

Don't miss this camping opportunity of a lifetime. Check availability by choosing a date. 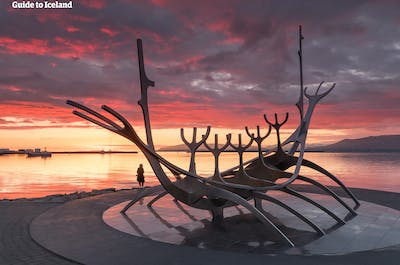 Begin your exciting Icelandic adventure by picking up your bags and your car at Keflavík International Airport and heading out to the dark lava field of the Reykjanes Peninsula. You'll drive through this lunar-like landscapes on your way to Iceland's capital, Reykjavík.

Once you arrive in Reykjavik, the day is yours. You could check out the fabulous range of museums, galleries and restaurants found within Reykjavík or, if you want to unwind, you can do as the locals and visit a geothermal swimming pool to soak in the warm waters of a hot tub.

Make your way to the town of Þorlákshöfn, just south of the city, where you'll find your campsite for the night. 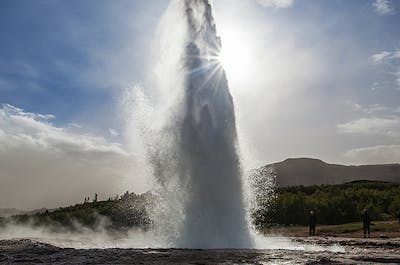 Start your second day early and visit Iceland's famous Golden Circle sightseeing route for some spectacular natural attractions. First up is Þingvellir National Park, a place of enormous historical and geographical importance. This is where Iceland formed its democracy, converted to Christianity, declared its independence, and elected its first president.

Aside from great historical importance, the place is also a geographical wonder; it is neither located on the Eurasian nor the North American continental plates, but in a rift valley between. This unique location causes some spectacular landscapes in the area such as lava fields and canyons. While here, you can opt for a snorkel within the crystal clear waters of the Silfra ravine.

From there, visit the Geysir geothermal area, the home of the erupting geyser, Strokkur, which erupt every ten minutes or so to heights of around 20 m (66 ft). Only a few minutes drive further is the magnificent Gullfoss waterfall. Here, you can walk down to the water's edge and get up close to the roar of the falls, to really feel the power of Iceland's nature.

After Gullfoss, you can take a snowmobiling trip up on Langjökull glacier for some incredible vistas and an exhilarating ride. Alternatively, you could book a riding tour, and meet the charming Icelandic horse.

You'll be spending the night at a campsite near the Geysir area, but if you still want to explore some more, you could head out to places such as Kerið crater lake, Faxi waterfall, and Skálholt church before you retire for the night. 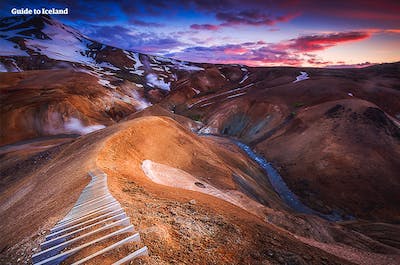 Today, you'll head into the barren but beautiful Highlands of Iceland. Just off the main road is a road called Kjölur, the main Highland route which leads all the way to the North Coast, and you'll follow this route today, stopping at some amazing sites en route.

Start off by driving through the Icelandic wilderness towards the picturesque Hvítárvatn glacier lagoon, then continue north to the geothermal area of Kerlingarfjöll where you can enjoy the vivid views and perhaps take a hike to the roots of a glacier.

After that, head north through the lunar landscape of the highlands, stopping at Hveravellir. Here are plenty of opportunities for scenic walks, as well as natural baths to relax in! After a good soak, continue to the northern village of Skagaströnd, where you will camp for the night. 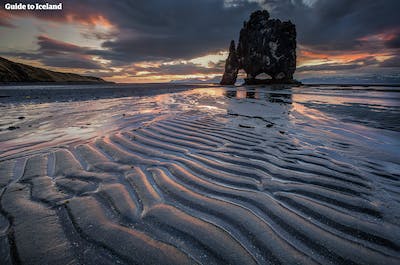 Take the ring road west towards the village of Hvammstangi, which is known as the home of Icelandic seals. Here you can take an optional boat trip, and get out onto the water to watch them up close.

Head around the Vatnsnes Peninsula and stop at the fascinating geological formation of Hvítserkur basalt stack for some photographs, before heading back onto the main road.

Continue to the west coast towards Deildartunguhver in Borgarfjörður, the largest hot spring in Europe, with 180 litres running through it every second, and spend the night in the area of Borgarnes. 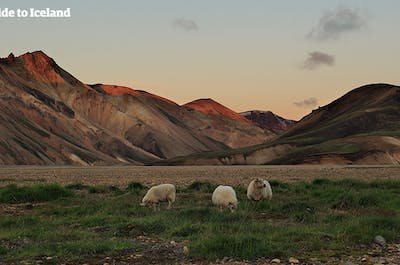 Head towards the western side of Langjökull glacier, and drive through the barren sand desert of Kaldidalur; the scenery just keeps getting better the further you go. Consider taking a little detour all the way to the foot of the glacier, where you can take a walk up to the ice in the middle of summer.

While in the area, you can also opt into a tour which goes inside Langjökull, down man-made tunnels through the ancient glacial ice. Alternatively, you can go lava tubing in Víðgelmir cave. Both options promise to entertain, inform, and delight.

Once you are finished with your activities, drive south towards Lundareykjadalur, where the last hot spring on your journey, the pool of Krossalaug, awaits. After a refreshing bask in the warm waters, heat to the town of Akranes where you will find a location for camping that night. 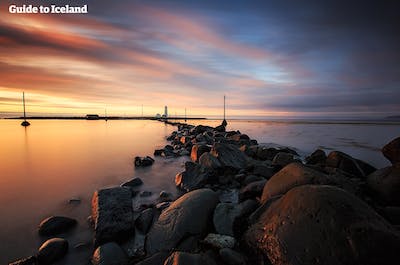 Drive back to Keflavík airport and drop off your car before departure. For those who have a later flight and choose to visit the Blue Lagoon today, you will finish off your stay unwinding before you head to the airport. This is the perfect place to relax as you bathe in the warm, mineral-rich waters as you look back on the incredible adventure you have just taken in the land of fire and ice. If your flight is later there are plenty of things to do in Reykjavik. If you have an early flight back home, we wish you a pleasant journey.

The vehicles offered for our self drive camping tours are highland capable and equipped with a roof top tent and necessary camping equipment suitable for two people. They come with Wi-Fi and CDW insurance.