The South Coast of Iceland has some of the most photographed locations in the country, and as this is a photography tour, you will have the opportunity to get your unique shots of many of them.  This tour takes you through the Katla Unesco Global Geopark and the Vatnajökull National Park with lots of diversity of nature and beauty in landscapes. Glaciers, flood plains, lava fields, rivers, waterfalls, black sand beaches and glacier lagoons are just a few of the key elements that you will see. A few of the waterfalls are well known to photographers, the iconic Seljalandsfoss and Skógafoss are probably the most famous, but there are also a few less-visited waterfalls on the itinerary, like Kvernufoss for example. Travelling from Seljalandsfoss east, you have three glaciers on the left, Eyjafjallajökull, Mýrdalsjökull and Vatnajökull. They all hide active volcanoes under their shield of ice, and the word active means that they have erupted in the last 100 years. The last eruption in Eyjafjallajökull was in April – May 2010 and is remembered by millions of people who were stranded on airports not allowed to fly out because of volcanic ash in the atmosphere. The glacial flood plains Mýrdalssandur and Skeiðarársandur are the results of repeated glacial floods caused by volcanic eruptions in the three big glaciers on the south coast, the last one was 2011 in Vatnajökull and lasted only five days. Vatnajökull is the largest glacier in Europe, covering more than 14,000 square kilometres or 14% of Iceland. Black sand beaches are a kind of trademark for the south coast of Iceland, the most famous ones are Reynisfjara which has been called “The Black Beach”, probably because it is easier to pronounce than the actual name. The other one is the beach at Jökulsárlón glacier lagoon, which is unique because of icebergs being washed out of the lagoon into the ocean and the waves push them up on the black sand beach. For the same reason as mentioned above this beach has been called “The Diamond beach” among tourists visiting this location.  The Jökulsárlón Glacier lagoon is a unique place to see with huge icebergs that have broken off the edge of Breiðamerkurjökull glacier into the lake. Here it is very easy to see how much the glaciers have been retreating in the last 100 years, as in 1932 the glacier totally filled the lagoon itself.  Other attractions in this area are the natural Ice caves, which are accessible from late November through March and can only be accessed with the help of local guides. From May to August you will have the opportunity to see puffins and Arctic terns. On this tour you get to explore the whole area, visiting some of the most famous landmarks in Iceland plus some less known remote locations.

Pick up and drop off at your chosen location.
Transportation in a comfortable 4x4 truck and assistance with photo gear and settings if needed.
In winter I supply crampons for safety reasons.
Professional Photo guide.
Accommodation and breakfast 2 nights. 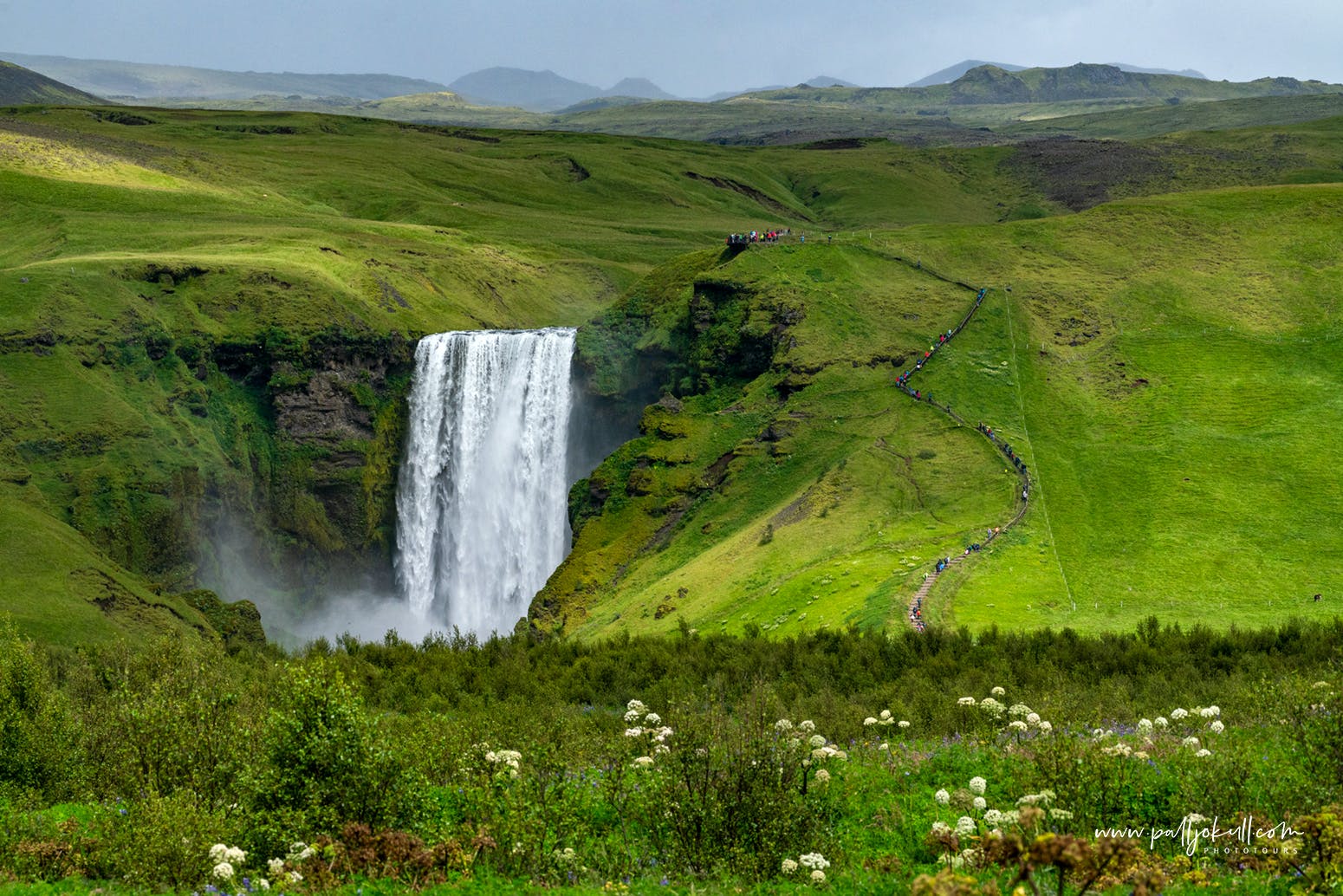 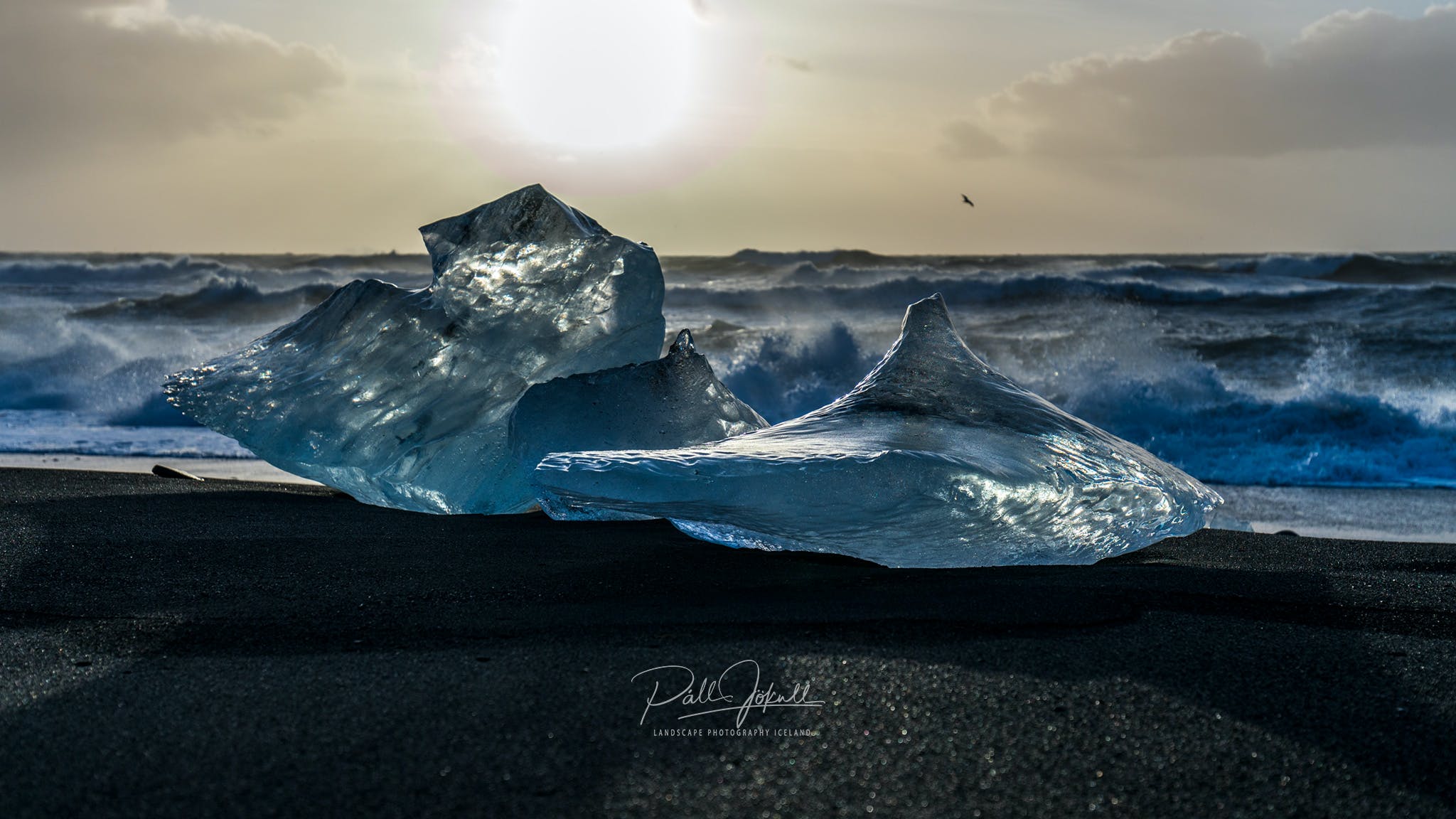 Exploring the area south of Vatnajökull around Jökulsárlón glacier lagoon starting with a morning session at the beach of Jökulsárlón. Depending on the time of year the sunrise can vary from 03:00 am to 10:30 am, so every tour is different. After exploring Jökulsárlón we head east to the Vestrahorn mountain in Stokksnes to capture the sunset at this beautiful location. The beach at Stokksnes offers good photography opportunities and often Vestrahorn mountain reflects in the wet sand on the beach. 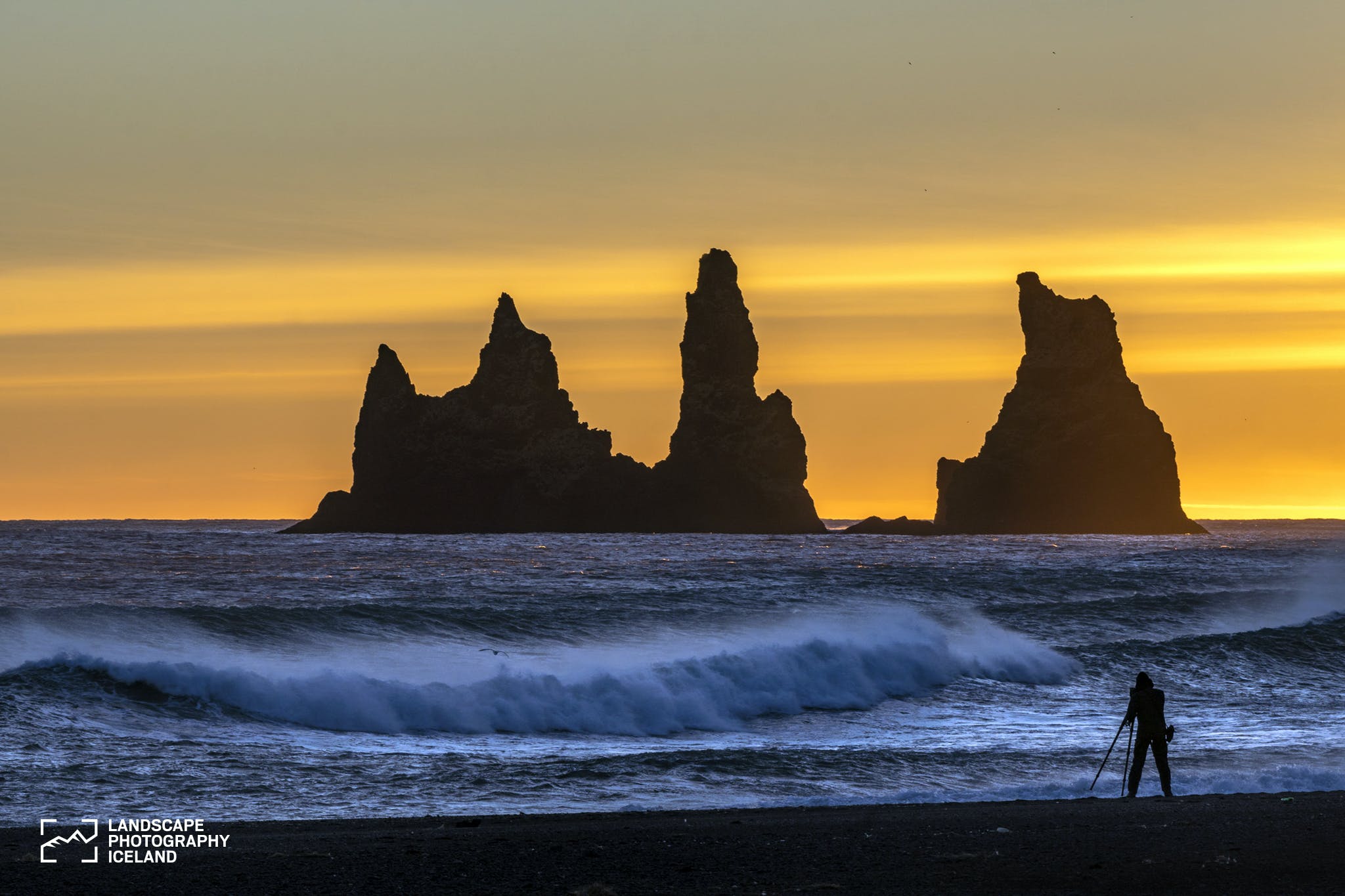 Heading back to Reykjavik, approximately 8-10 hours of driving and stopping at various locations on the way. We start again with a morning session at the Jökulsárlón glacier lagoon before heading to the Fjallsárlón glacier lagoon, which is more remote and not as crowded as Jökulsárlón. On the way back to Reykjavik we stop at some of the locations we did not go to on day one, depending on the light and the conditions as every tour can be different in that sense. Expect to be at your hotel in Reykjavik around 6-7 pm.

Your camera gear and a sturdy tripod and a drone if you have one.
Good outdoor clothes and good hiking boots. For winter tours, bring warmer clothes.

If some of the main roads are closed in winter due to weather conditions, the tour itinerary will be changed accordingly.

The owner of Landscape Photography Iceland, a seasoned landscape photographer and workshop leader.

The owner of Landscape Photography Iceland, a seasoned landscape photographer and workshop leader.